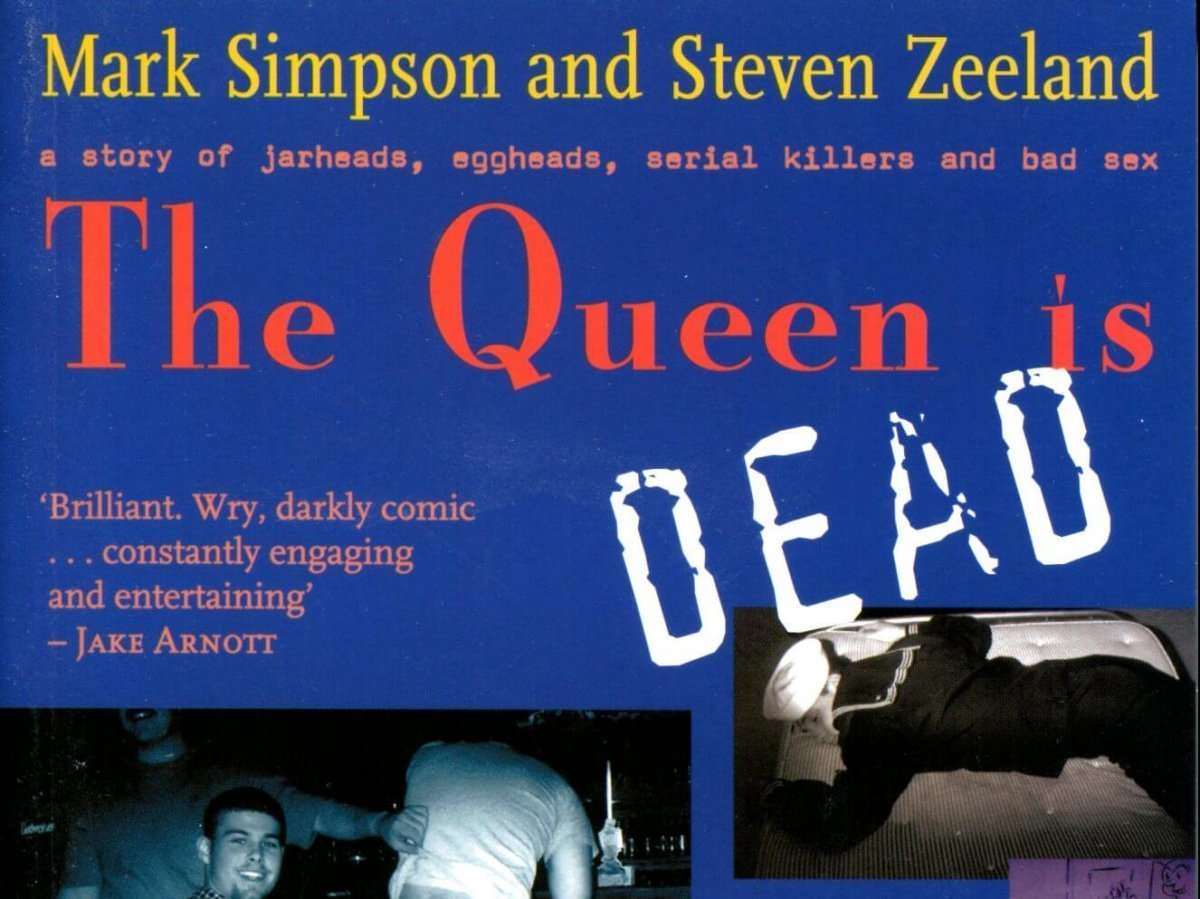 The Queen is Dead

A Story of Jarheads, Eggheads, Serial Killers and Bad Sex

A chance letter sparks off a transatlantic literary romance between two writers, one British, one American, in which they share their unfashionable passion for military men, cruising and cats.

Funny, insightful, and honestly scandalous, The Queen is Dead will outrage some but make others laugh out loud.

Praise for The Queen is Dead:

“Something of a masterpiece…. One of the most congenial, winning, intelligent and original ‘gay’ publications for many years.” – Independent

“The best gay book of the year.” – Time Out New York

“Simpson and Zeeland resurrect the lost art of letter writing with this engaging collection of correspondence….Compelling, moving and frequently hilarious. 5/5 Stars” – Metro

“Marvellous, witty, dry… Quite why a pair of cynical armchair philosophers writing about military men’s bottoms and cats should make an enjoyable read is a mystery, but it does.”– Big Issue

“Clear and sharp… the wit of a broken champagne bottle pressed against your neck.” – Hot Press

“Some books rock our world, so pull up a barcalounger, turn on that good reading light – since it turned up in our postbox The Queen is Dead.  Zeeland and Simpson’s correspondence is maximum juicy.” – San Francisco Bay Area Reporter

“Profound and hilarious… Simpson and Zeeland analyse love, loss, cats, killers, and the joys of military trade through a three-year long, transatlantic correspondence… Simpson playing the detached, amused Voltaire to Zeeland’s Rousseau…. A wealth of insight, wit and warmth” – Independent on Sunday

“Brilliant. Wry, darkly comic, a brutally honest correspondence, constantly engaging and entertaining, with a perverse ingenuity that manages to plumb the depths of joy and soar to the heights of despair.” – Jake Arnott, author of The Long Firm

“I’ve never laughed so much!” –Vaginal Davies, The Tablet

“Dear Mark and Steven,
I won’t waste time on platitudes other than to say that I really enjoyed your book.
I honestly didn’t know what to expect from such an ‘unholy union’ between you two (that’s meant as a compliment by the way).  Mind you, the subtitle ‘a story about jarheads, eggheads, serial killers and bad sex’ alone should have clued me in at least a little, but it certainly didn’t prepare me for a modern-day epistolary romance.
I was a little disappointed that the book stopped in 1998, but am sure you’re both still corresponding.  I only hope you didn’t really buy A.E. Housman’s cottage and move in together.  After all, lovers can be friends, but friends can’t be lovers (and I think you’re both better off as friends).  Best of luck to you both, and I look forward to hearing from you again.