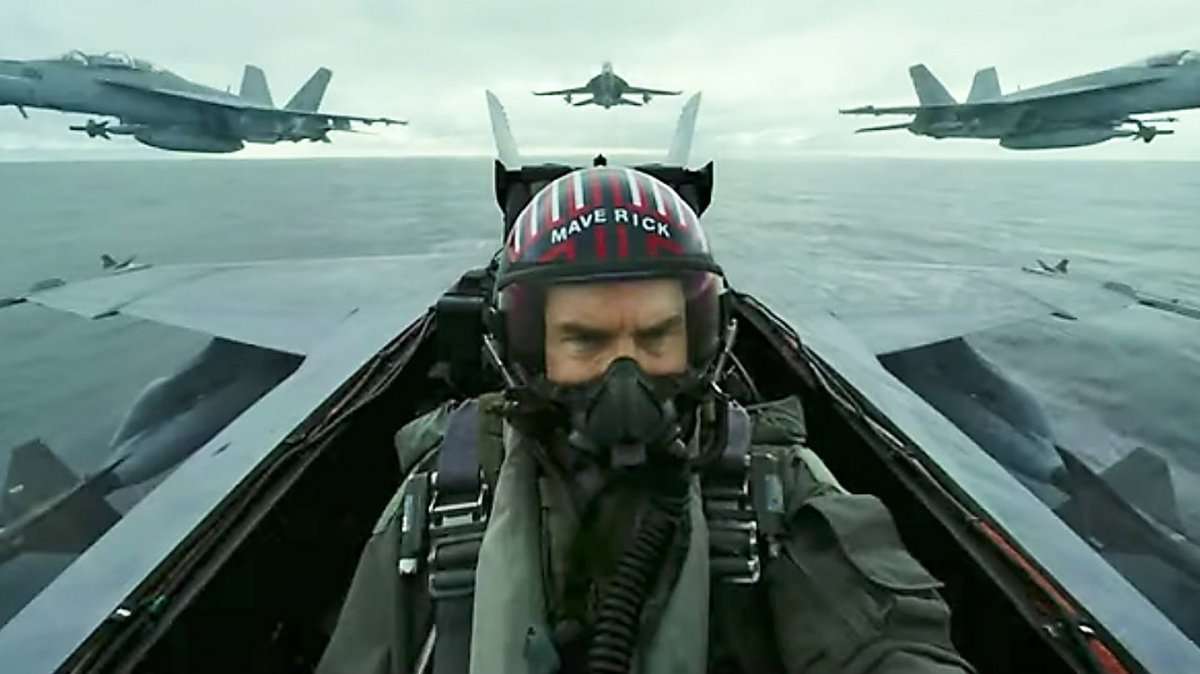 Though of course he never went away. Since he appeared in that film back in 1986, making him one of Hollywood’s biggest box office draws, Tom Cruise remained forever Maverick for the next three decades or so. Captured like a Mayfly in director Tony Scott’s amber filters, frozen with that boyish grin and annoyingly-endearing arrogance -- and maybe a bit of ‘work’ and weave.

Like the famous portrait of Dorian Gray, Top Gun preserved Mr Cruise in his prime. (His ‘painter’ Mr Scott, however, died in 2012, by suicide.)

Top Gun 2, the sequel to the 1980’s most definitive -- and also ‘gayest’ -- movie is due to ‘go ballistic’ in a multiplex near you next year. Expect damp seats aplenty. Mostly those sat in by middle-aged straight men. And Simon Cowell.

I doubt that it will be as satisfyingly gay/camp as the original -- that would be pretty much impossible. But it seems that the remake gives a nod or wink to the latter-day reputation of the first movie, with the glimpse of topless, oiled male volleyball.

Producer Jerry Bruckheimer drew his partner the late Don Simpson’s attention to the California magazine feature on US Navy F-14 pilot training which inspired them to make their most famous movie, declaring excitedly “It’s Star Wars on Earth!”

I learned this and other fascinating TG fanboy factoids -- including that those famous steamy locker room scenes were actually Tom’s idea, and that hyper-hetero Simpson was an early, high-rolling metrosexual with an eye for the gay aesthetic -- earlier this year while reading a page-turning biography of Don.

I wrote about it on my Patreon page a while back, and it’s now unlocked for non-patrons.

Feel the need. The need to read.