“All Saints should be presumed guilty until proved innocent.”
– George Orwell

“I was born in Manchester’s Central Library. In the Crime section.”
– Morrissey

Translated into Italian, Finnish, Bulgarian, Greek – and even American!

LIKE A VILLAIN who wants to be caught, or a hero that wants to be feted, Morrissey has provided countless clues to his personality in his peerless, startlingly candid song lyrics and in innumerable hilarious and provocative interviews.

At once Devil’s Advocate and Counsel for Canonization, Simpson offers the finest psychological profile of England’s most intelligent, most misunderstood, most loved, most hated, most charming and most alarming pop star.

“Before fame embraced him, Morrissey wrote a pair of fanboy pamphlets for his lost heroes New York Dolls and James Dean. One imagines they would have read rather like this: dutiful biography giving way to wide-eyed adoration, heartfelt pleas and catty, withering asides, all couched in arch, witty prose. However, by calling this gloriously shameless biog ‘Saint Morrissey’, author Simpson pre-empts criticism of hagiography while simultaneously giving the last English pop star the veneration he’s demanded during 20 years of self-inflicted martyrdom.

Indeed, it’s an oddity that, despite the many fascinating faces he presents to press and public, the former Smiths frontman has so far only been properly biographied by Johnny Rogan. Simpson’s ‘psycho-bio’ offers a handsome counterpoint to that sober doorstep, choosing not to examine the life to explain the art, but instead studying the lyrics to celebrate the man. The result is a deliciously deviant deification.

Simpson’s love-letter takes in love, literacy, class, violence, sex and all the other staples with which Morrissey, and England, is obsessed, and in the process casts a caustic eye over the country and pop vacuum Morrissey’s defection to Los Angeles has created. It’s a provocative and precocious read, and, as he really starts to let rip, one senses that Simpson thoroughly enjoyed himself in the writing of it. Smiths fans will love it, and even Morrissey himself might arch an eyebrow in appreciation.” 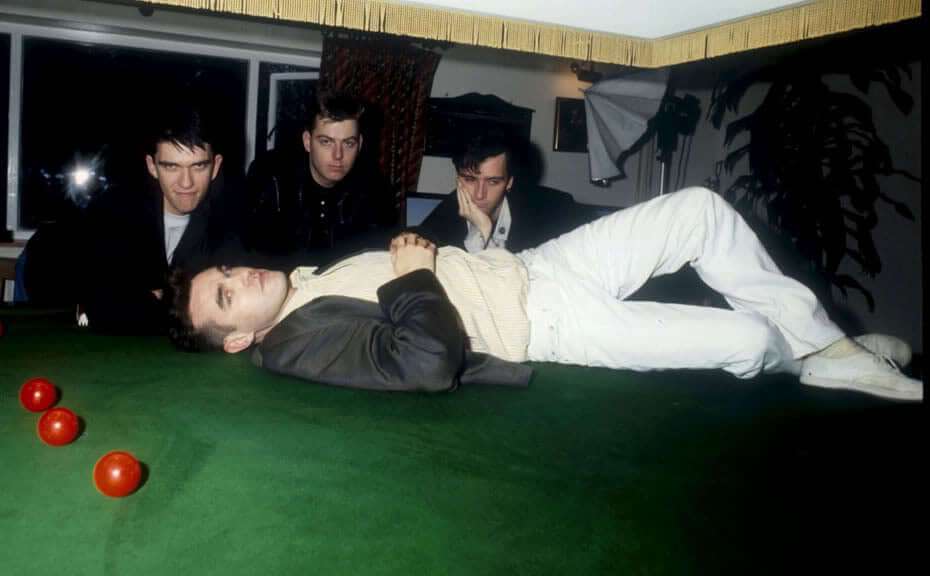 ‘Simpson is funny, clever, honest, irreverent and egotistical: quite the match for Morrissey. More biographies should be written this way.’
– Laurence Phelan, Independent on Sunday Books of the Year

“The erudite Simpson gives a compelling account his youthful – and adult – fascination with the bard of Whalley Range/Beverly Hills… A nimble essay which gives fandom a good name.”
– Ian Gittings, Guardian Books of the Year

“Saint Morrissey is a cracking read, almost an instructional handbook on how to develop, deal with, and finally escape an obsession.”
– Peter Parker, The Boston Phoenix

‘Simpson writes with enough panache to make most of his peers toss their laptops into the waste disposal and weep.’
– Simon Price, Independent on Sunday

‘No one has written this sensitively or intelligently about Morrissey, the hold he has maintained on a notoriously slippery segment of the population has sometimes seemed to the uninitiated, overblown. No less than the ruffians he and Genet elegized, Morrissey has often been misunderstood, if not excoriated – as has Simpson.’
– Brian Pera, ‘Saint elsewhere’, San Francisco Bay Area Guardian

‘A fitting, dazzling, handsome tribute…. I have never read a book before like this: every page or two, I wanted to stop and talk about what Simpson had written with someone else — I wanted to discuss, argue, complain, gasp, share the experience. Mostly, I wanted to laugh. Considering that this is a book about a man whose isolation, morbidity and alienation is legendary, this book made me want to be sociable… Read this book.’
– Dermod Moore, Hot Press

‘A provocative and precocious read…. Smiths fans will love it, and even Morrissey himself might arch an eyebrow in appreciation.’- Peter Watts, Time Out

‘There is a corner of Blighty that is forever Morrissey, and for its lugubrious inhabitants, this book is a dream come true – a lovingly crafted and thoroughly insightful tour de Moz.An absolute must for those whose lives were ruined my His Miserableness, yet who laugh in the face of blissful unfulfillment.‘ – Michael Williams, X Ray

‘Like his subject, incurable super-fan Simpson is constantly amusing and provocative; he also excels at interpreting. Even the most committed Morrissey-bore will find something new in the analysis of lyrics, and the surrounding ephemera, from early sleeve art to the dodgem greasers he has in his band nowadays, is illuminated with learned intuition…. A book Morrissey will claim to hate, but secretly love.’ – Ian Harrisson, Mojo

‘Saint Morrissey is the first book-length, serious, insightful and intellectually valid analysis of this pop curiosity who has proved to be difficult to place within any category in the pop institution.’
– Antti Nylen , Eurozine.com

‘Saint Morrissey says more… than a thousand interviews with cousins and primary teachers ever could.’ – London Review of Books


‘The book’s best achievement is it mirrors its subject in being pretentious without being pompous, and taking things very very seriously while at the same time relishing its own absurdity with a constant self-lacerating wit. It is under no illusions its subject is a spiteful, dishonest, difficult sod but loves him more, not less for it. As the man finally returns with a new album after seven long years, all those nervous fanatics praying for a new Vauxhall and I (rather than a Kill Uncle) would be well advised to have a copy of this book by your bedside to remind you of the childish stupidity and effortless brilliance of your obsession. It will prove you’re not mad after all; or if you are at least you’re in entertaining company.’
– Ben Granger, Spike.com magazine 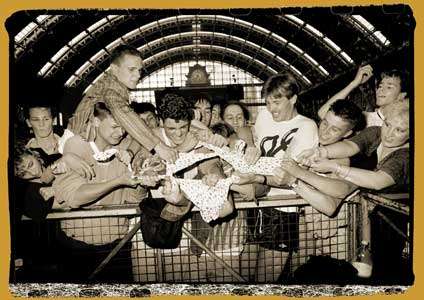 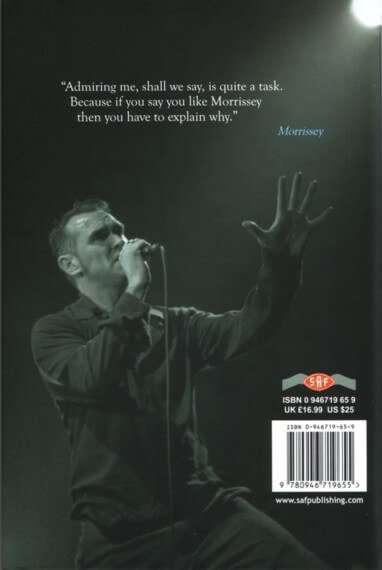