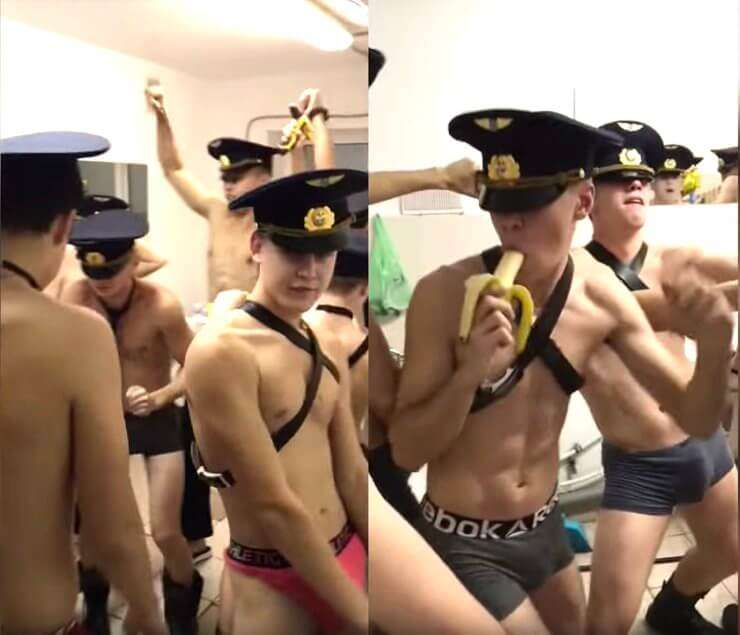 Here are the cadets of Ulyanovsk flight school, Russian Federation, relaxing in their dorm. With a special guest appearance by a banana.

This charming video upset conservatives, including the head of the college, but prompted a host of similar videos by Russian students in response to talk of disciplining some of the participants -- and the intervention of the Governor of the Ulyanovsk region to prevent expulsions.

The Russian lads were performing a homo-age to this highly ‘satisfying’ British Army classic some years ago. Which is itself a ‘gender flip’ homo-age to the famously ‘objectifying’ Benassi ‘Satisfaction’ video,  in which these fighting men eagerly take on the role of saucy bimbos. (My money is on it all being the idea of the squaddie who opens the video mopping in a thong -- and sporting the best buttocks in the barracks):

The Russian lads seem to have upped the gay-ante however with the addition of a banana and bondage gear.

Though my personal favourite of the genre (a rich one on YouTube: you could -- and I have -- spend hours browsing it) is probably this one by Royal Marines, originally performed to the strains of ‘Call On Me’ but apparently the owners of the rights to the song objected, the Philistines.

And here’s me explaining what it all means (don’t worry, there are more videos):

“Yo Bitches! Wanna Bit of That?” – Six Pack Superstars