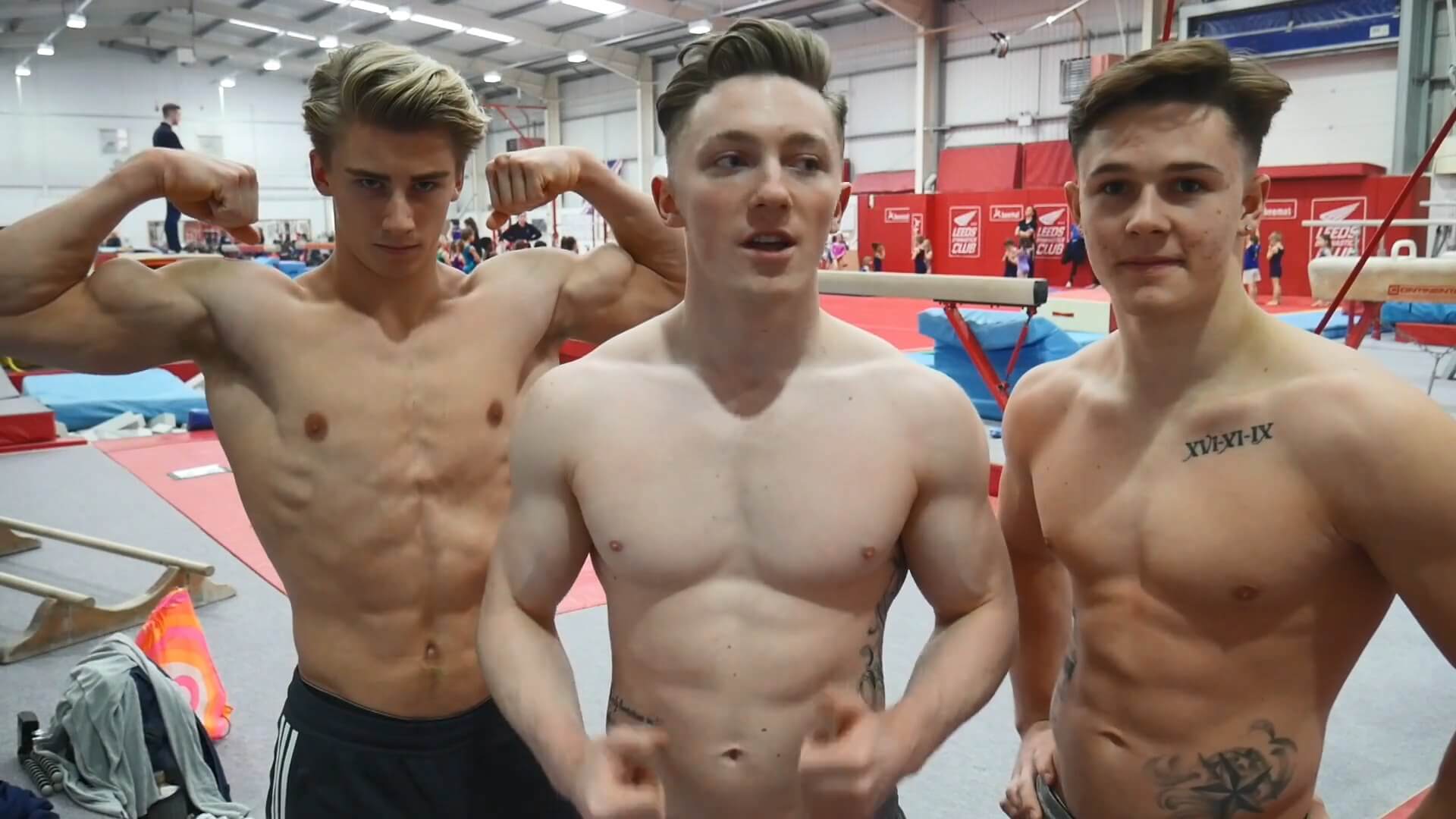 Last year, in the run-up to the Rio Olympics I wrote, only slightly feverishly, about the inspiring way modern men’s gymnastics is responding to our hyper-visual culture and the spornosexual trend of eager male self-objectification by shyly taking its top off, going back to its naked/’gymnos’ Greek roots and showing us its ‘totally jacked’ body. And selling us jeans and cornflakes.

The globally-transmitted HD spornographic pleasures of the Olympics last Summer naturally only served to accelerate this shredded strip-tease -- US gymnast Danell Leyva famously performing a Magic Mike routine on the parallel bars to a cheering universe.

As a result, gymnastics, once a rather uncool sport for boys, at least in the UK, is becoming ‘hot’. And is creating its own celebs, in the form of lithely leotard legends like Louis Smith (MBE), Nile Wilson and Max Whitlock, the latter winning two gold medals for gymnastics at Rio. (Previously the UK had won precisely zero gold medals in the sport.)

Gymnasts are after all superheroes without CGI or, officially at least, steroids. Unlike conventional bodybuilding – which of course has conquered the world, shaved it and put it in a posing pouch – gymnastics uses the human body as its ‘weights’, the skills and muscles it cultivates enable the human form to defy gravity. You’ll believe a man can fly.

Though it helps if you’re somewhat small – gymnasts are generally compact superheroes. But boy, do they walk tall.

The video below stars three of them walking tall and flying high: top-flight young British gymnast Nile Wilson (21 years old and 5’4” tall), with his chalk-dust brothers Brinn Bevan (19) and Jay Thompson (20) larking about in the gym in Leeds, West Yorkshire (where Nile’s charming accent hails from), with their tops off in front of a camera on Wilson’s popular YouTube channel.

Although titled ‘Ultimate Gymnastics Challenge’, instead of practising their skills on the parallel bars and pommel horse, they’re competing to see who can do the fastest rope climbs, the longest handstands and the best jumps. The clip is only few weeks old but has had over a million views already. Many of the comments are of course admiring of their physiques. Some more, ahem, explicitly than others. Some of the comments are from young men wondering how long it would take for them to get a ‘shredded’ body like theirs.

And one is from a chap who seems worried about the effect the video is having on him:

Fortunately, it’s not very likely Nile & Co. will save his blushes – and lose all those other fans – by covering up. Of course, although many if not most of their fans are female, and probably most of their male fans aren’t gay, there is something a bit ‘gay’ about this video and about modern men’s gymnastics, regardless of the sexuality of gymnasts. But clearly it’s not something that seems to worry Nile and his flexing topless buddies – quite the contrary. Like many of their generation, they seem very happy to flirt with it. Heavily.

It is after all this ‘gayness’ that has helped make the sport ‘hot’.

I’m not though posting the video just for the eye-candy – honestly. No, I’m posting it for the shameless sense of fun and joy on display –the lyrical motion of muscles moving bodies through the air that is sadly lacking from the heavy-metal, earth-bound muscle factories we are all labouring in these days.

And also the eye-candy.

ULTIMATE GYMNASTICS CHALLENGE | How many Chin Ups can we do?

Update: Since making this video, while training on the parallel bars Nile had a ‘freak accident’ badly injuring his ankle ligaments and putting him out of action for several months. Proving that even superheroes are mortal. You can follow his rehabilitation here -- now wearing a clunky, earthbound surgical boot, but still frequently sans tank top.

Further update: Good news, Nile isn’t going to let his injury stop him making the Ultimate Gymnastics Challenge videos: here’s Episode 2: ‘Who is the strongest, the fittest and the prettiest gymnast?’

Nile in a glittery top and a surgical boot is probably the most eye-catching. But his buff mates put up some stiff competition.

ULTIMATE GYMNASTICS CHALLENGE ep2 | How many Muscle ups can we do?