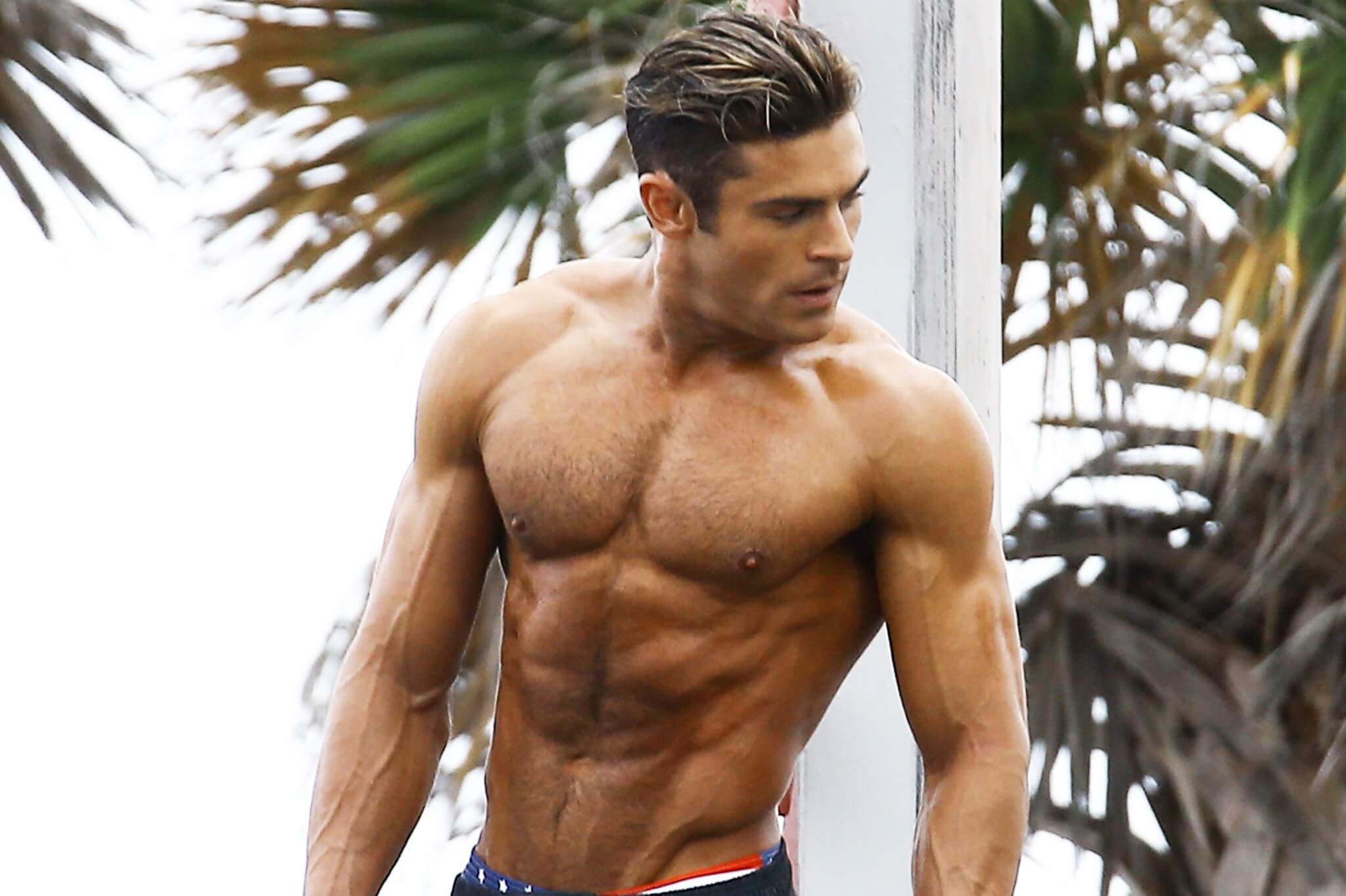 Staring At The Male Boobs of Baywatch

‘You should look at my face’, says Alexandra Daddario to Zac Efron after accusing him of staring at her breasts. ‘I’m trying,’ replies Efron, ‘but it’s so close to your boobs.’

So far so Babewatch. But the recently-released trailer for the upcoming Seth Gordon directed Baywatch movie knows times and tastes and focal points have changed. After this exchange about boobs, the very next scene shows Efron stripping off his shirt and flashing his tits and abs on a jetski. The boobs on display in the trailer are mostly male. And none of us are expected to be trying very hard not to look at them. 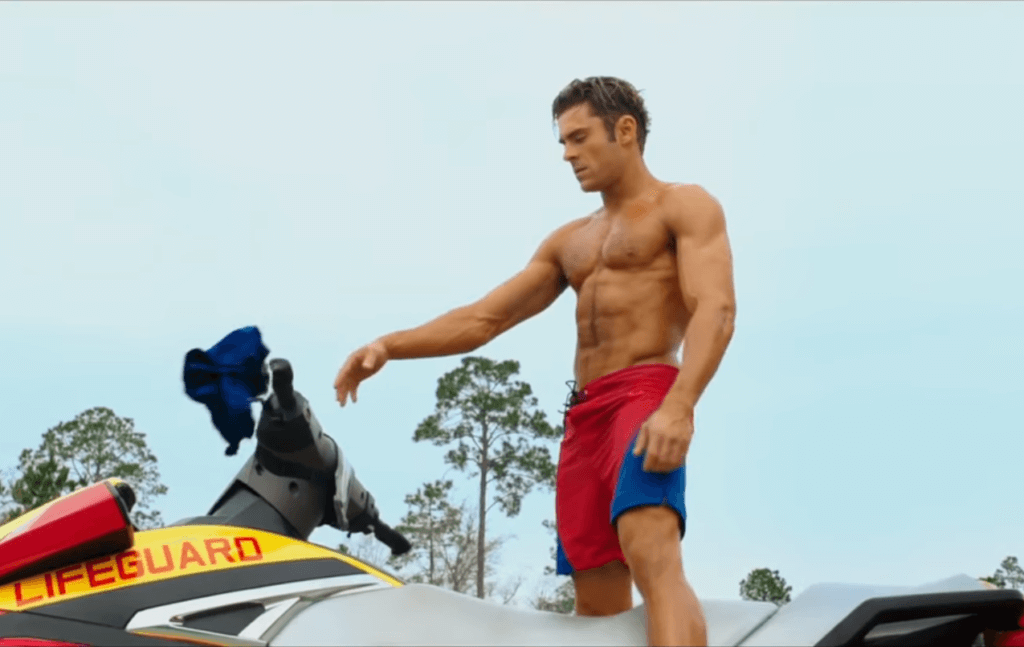 Baywatch has been updated. As slapstick comedy -- which is what it always wanted to be. And moved to Muscle Beach. Or perhaps West Hollywood. It’s certainly looking way gayer.

The original hit 1990s TV series was hilariously naff. It starred the mesmerizingly un-sexy David Hasselhoff as ‘Mitch Buchannon’, a veteran lifeguard who acted as furry, heroic patriarch of the beach. Plus lots of babes. Most famously, Pamela Anderson -- whose pneumatic breasts deserved their own credit and as the trailer jokes, always appeared in slow motion. This was the heterosexual division of perving on primetime TV back then. 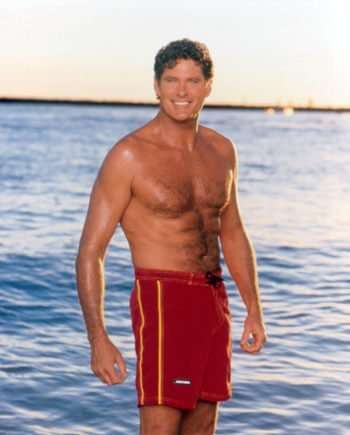 In 2017 David Hasselhoff’s hairy, sucked-in dad bod has of course been upgraded to a massively muscular, inked, shaved Dwayne ‘The Rock’ Johnson -- whose beachball pectorals also deserve their own credit.

But such are the competitive, promiscuous times we live in that even all this isn’t enough. His boss is already bored with his ex pro wrestler and looking for a newer model. He’s found a young, ripped, spornoexual sidekick online, played by Zac Efron, and wants to bring him in to ‘restore the Baywatch brand’.

This movie may be silly, but it seems to know exactly what it’s doing.

Understandably, the shredded scamp seems to provoke jealousy and excitement in equal measure: ‘Why you grabbing me so tight?’ Efron complains to ‘Mitch’, who is riding pillion on a pink scooter. 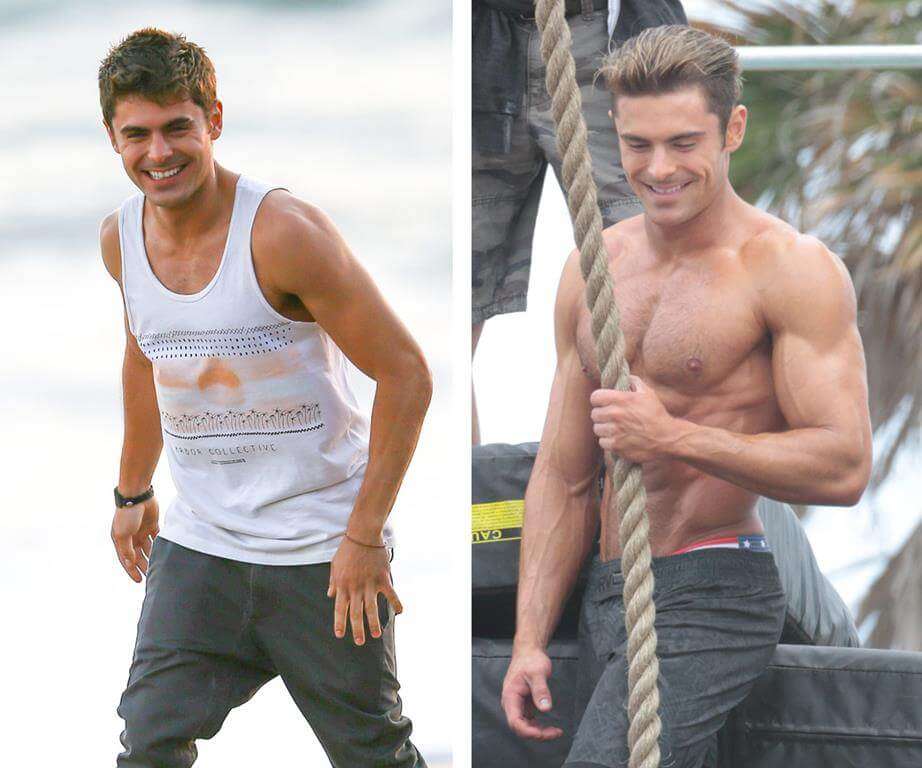 Since his transformation from sweet twink to raging spornosexual, the former High School Musical star’s movie career has -- like his shirt -- taken off. His famous sexualisation has frequently become part of the characters that he plays.

So when Mitch’s boss enthuses about Efron’s character having won gold medals we know he means for taking his top off.

VAIN 1 – In Praise of Personalised Plates