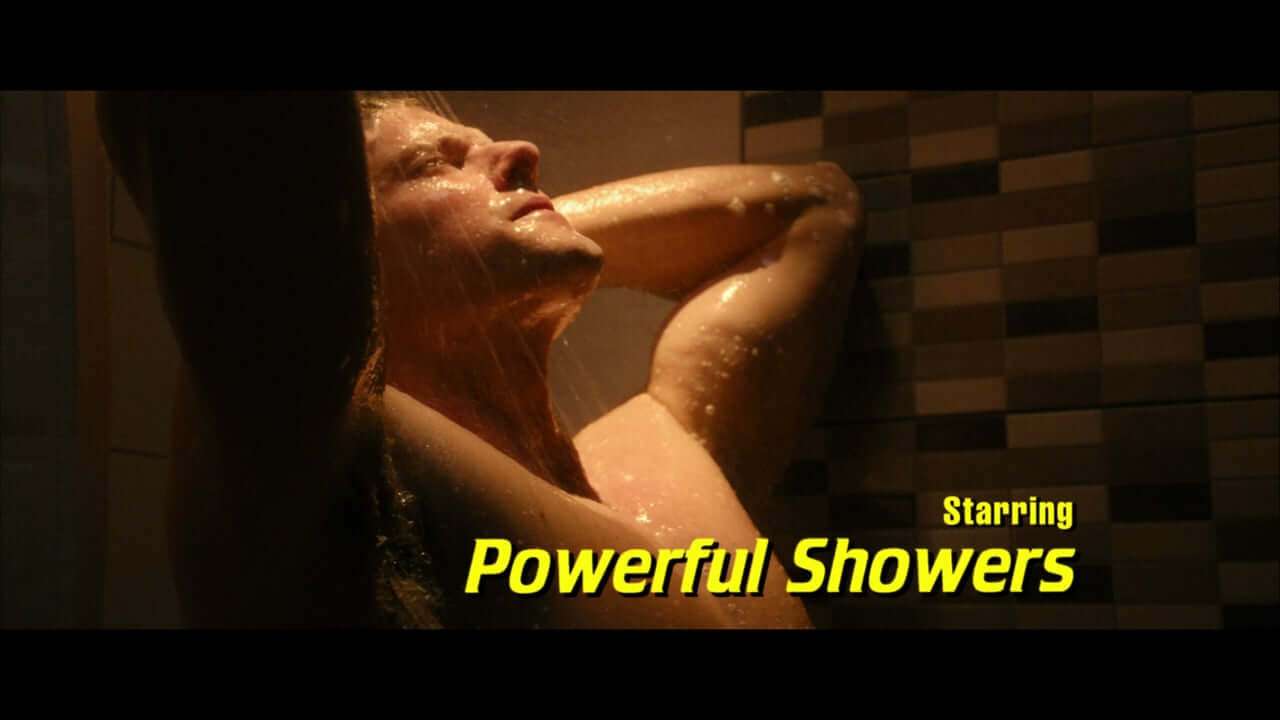 Premier Inn appear to have launched a builder-themed gay night. Or a Top Gun-themed builder night.

Either way, I’m checking in.

This hilarious, very smart new TV ad ‘Scaffolders’ for the budget UK hotel chain is currently airing nationally -- not just in Manchester’s gay village. It masterfully deploys the famous Kenny Loggins ‘Highway To the Danger Zone’ MOR track from the classic 1986 Tom Cruise fighter ace movie, along with some of the iconic/camp styles, shots and heavy filters to synthesise an entirely convincing Top Gun-ness. In a provincial Premier Inn. With scaffolders standing in for the flyboys, and JCB’s standing in for the F-15s.

The famous homoeroticism of that flyboy movie (our changing attitude to which I analysed on its 30th birthday earlier this year) is also referenced. For a moment you -- or was it just me? -- think the hairy ‘daddy’ builder waking up in the ‘kingsize Hypnos bed’ has spent the night with the young sporno scaffie taking that sensual shower.

Top Gun‘s ‘gayness’ is now an officially cherished part of our culture. ‘Whatever your story’. Or sexuality.

It’s a nice touch as well that the other builders are of various, more realistic shapes and sizes -- but the sporno scaffie is definitely the star of this ‘movie’. Which is probably about right. After all, scaffolders are often the most agile, gymnastic even, of builders and are very much at the showbiz end of the ‘trade’. The scaffold they’re ‘erecting’ is also something of a stage, and whether to get some rays or to get looks -- or both -- scaffies often seem keen to strip down to their shorts, boots and hard-hats the moment the weather gets above freezing. Though I’m sure there must be some scaffolders who dislike the way the public perves on them….

‘Gay’ builders seem to be all the rage on UK TV at the moment. The price comparison website Moneysupermarket recently launched ‘Epic Squads’, featuring bearish male builders and half-cross-dressed businessmen with big booties in a ‘gender flip’ twerktastic dance-off.

Moneysupermarket’s previous ad, ‘Dave’s Epic Strut‘ featuring a lone male middle-aged twerker in a jacket and tie and denim skirt and heels shaking his money maker at baffled passers-by was the most complained about ad of 2015. The Advertising Standards Authority failed to uphold these complaints -- the cleverness of the ad is that it is quite ‘shocking’ and very memorable in an age of instant amnesia and e-distraction. But is funny rather than actually offensive. As well as, perhaps accidentally, managing to say something about changing gender roles, male versatility and the rise of the sexualised male body/booty.

Either way they seem to have aimed to up the stakes here. As Bob the Builder might have said: if it ain’t broke, don’t fix it -- just shake it harder, honey.