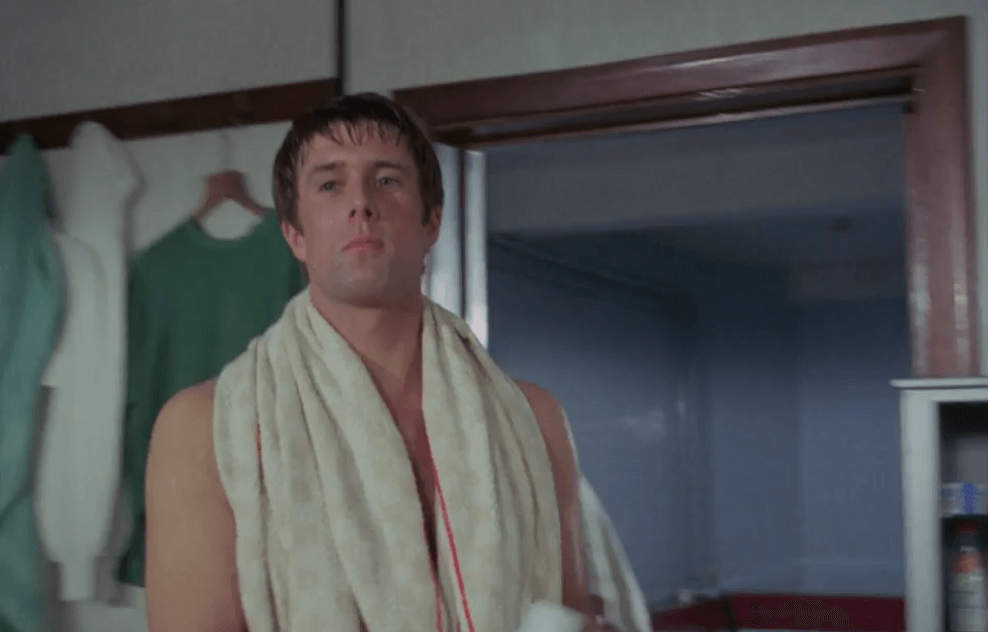 ‘A Fresh Clean Smell That Could ONLY Be Masculine!’

Back in the 1960s the mass-market ‘grooming’ of men by advertisers wanting to sell them vanity products was only just beginning its warm-up.

This rare and pristine copy of a 1968 UK cinema ad for men’s deodorant with the reassuringly martial name ‘Target’ (a brand that seems to have gone missing in the intervening half century) recently posted on the BFI website is a little gem of a gender time-capsule.

Starring working class hero and footballing legend Geoff Hurst, the ad points up how much has changed – post Beckham and Ronaldo. But also how some things haven’t very much. It contains some of the now tiresome tropes that can still be found in (bad) advertising aimed at men today, however the passage of time has rendered them so absurd here as to be rather endearing.

A couple of years earlier Hurst had scored a hat-trick for England in the 1966 World Cup Final – defeating West Germany. It was VE Day all over again, but without the rationing. Hurst became a national (war)hero overnight, passionately admired by millions of men.

Hence Hurst was the perfect patriotic package for pitching a hitherto sissy product like deodorant as heroic and masculine. (1960s heavyweight boxing champion and Cockney folk hero Henry Cooper would later be deployed in a similar fashion for Brut aftershave in the blokey bruiser’s famous “splash it on all ovah!” 1970s TV ads.) 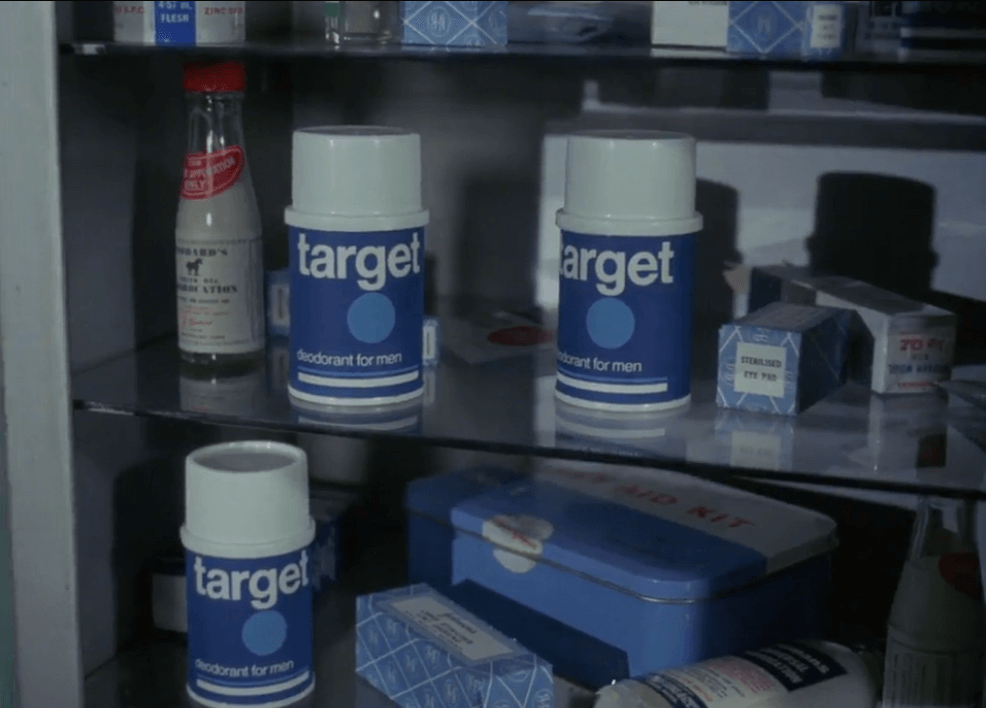 Note how the “GOOD and STRONG” – the opposite of sissy – deodorant bottle is the same no-nonsense colours as the bandages in the locker-room first aid cabinet its kept in. Today, players’ changing rooms have had to be rebuilt to make their lockers big enough to accommodate their cosmetic-filled manbags.

Target is not sold as a cosmetic, heaven forfend, but as ‘protection’ – it’s the off-pitch version of the martial shin-pads Geoff wears before he heads onto the pitch and pretending, endearingly badly, to be hard-tackled on what seems to be a pitch made mostly of honest, manly mud.

In fact, the ‘protection’ angle is emphasised so much you wonder whether Target made prophylactics as well.

Note also the modesty-saving towel velcroed to Hurst’s chest – today the camera would be zooming in on his oiled, shaved, pumped pecs, and following him into the shower. And note the visit to the local boring boozer instead of a poncey bar selling them there dodgy foreign lagers.

And it would be impossible to miss the hysterical insistence by the fruity voiceover on the MANLINESS of this deodorant and the “MAN-SIZED protection” it offers: “With a fresh clean smell that could ONLY BE MASCULINE! … For men and MEN ONLY!”

Because of course most men in the UK in the 1960s didn’t use deodorant and were slightly suspicious of men who did.

Hurst is a man’s man from a man’s world of manly, smelly locker rooms, pitches, barracks, terraces and factories. But in case we still thought that there might be any ambiguity about his use of deodorant, despite the voiceover’s insistence, as the BFI website blurb points out, the ad is careful to show us that Hurst’s MANLY deodorant is definitely not for the benefit of MEN. Target is to be used ONLY after the match and locker-room towel-flicking is over – because it has a heterosexual aim. 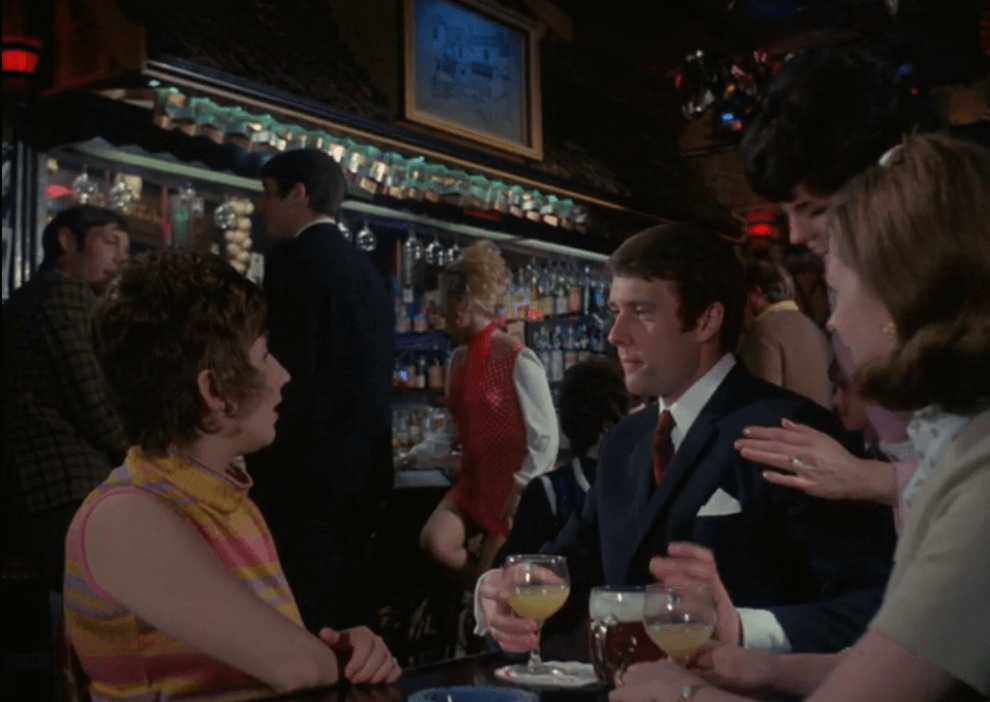 Scrubbed-up, suited and booted and sprayed with the fresh clean MANLY smell of Target, Geoff has three ‘dolly-birds’ throwing themselves at him down the boozer (and maybe a fourth at the bar getting another round in). I hope he kept the shin-pads on.

Then again, for a previous generation of men such as some of the older ones we glimpse cheering on the MEN ONLY terraces in their cloth caps – who definitely aren’t the target market – young Geoff’s hanging out with all these women, with his hair all nice and his armpits ‘protected’ would likely have been seen as the height of effeminacy rather than a reassuring proof of heterosexuality.

He’ll be drinking from a stemmed glass next!

(Even worse, in just a couple of generations, he ended up swinging it around like this.) 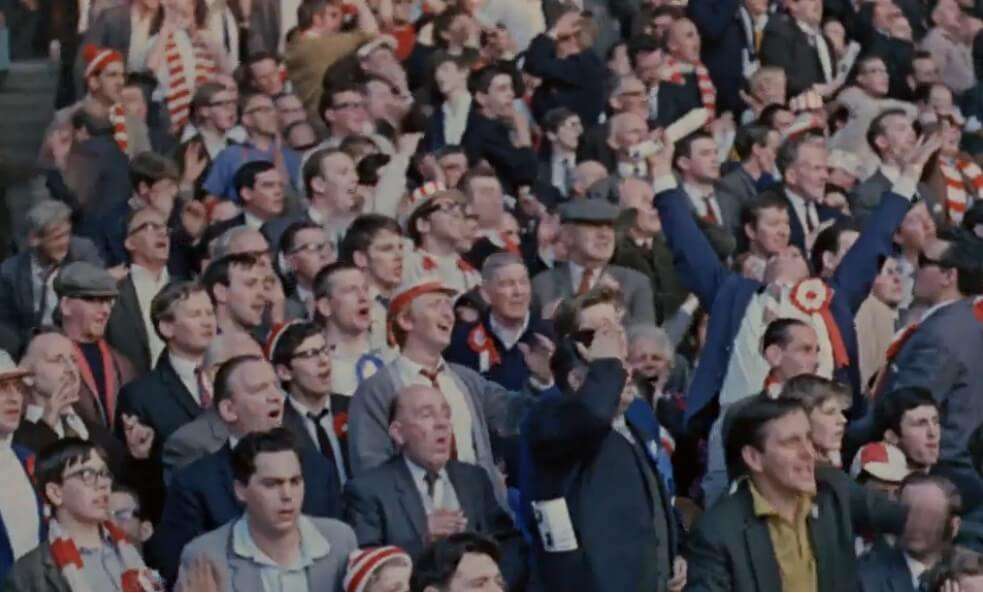