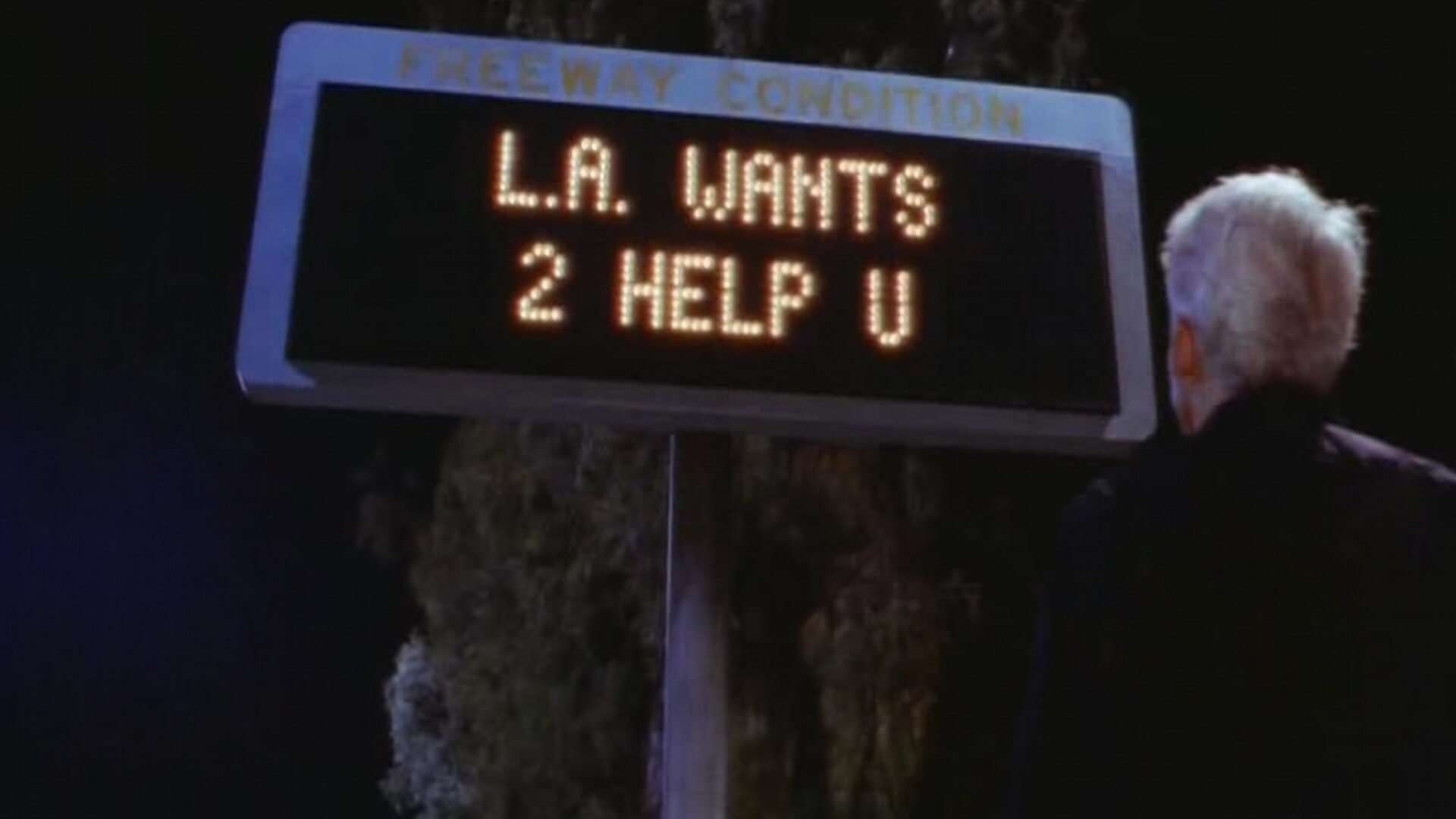 In an age when there are so many channels to choose from and so many e-distractions to fidget with, there is one station with a very captive, very bored audience. You can’t change channels – or even turn it off. And you’d better pay attention because otherwise you might get a summons in the post.

So, as you might imagine, the content doesn’t exactly have to try too hard to get your attention.

If you drive on the UK’s trunk roads or motorway network you will be, whether you want to be or not, a regular viewer of Dotty TV – those helpful messages and pictograms displayed on those huge dot matrix screens suspended over the carriageway on cantilevered posts seemingly every mile or so.

Officially installed to help manage the road network by giving drivers useful live traffic information, such as warning of road closures or accidents, and also warn of emergency speed restrictions, they are most often used to display unaccountably annoying generic ‘safety’ messages such as

I say ‘unaccountably annoying’, but it’s pretty accountable, really. You’re driving on the motorway, you’re so bored you could even listen to Jeremy Vine on Radio 2. But Lo! You spy a large, expensive-looking flat screen TV panel in the distance. How thoughtful and kind to install that for the bored driver! And it looks like it has a message on it! A message for YOU!!

Excited you approach this sign, this portent, wondering what thrilling, stirring news it conveys, what exotic auguries it betokens. But as it looms up, it slowly dawns on you that this is not LA Story – where Steve Martin is given relationship advice by a chatty freeway traffic flow sign – but instead patronising, useless, and slightly snotty ‘safety advice’.

Dotty TV is like those 1970s public information films, but without the charming animation, the catchphrases or the cats.

After a hundred miles or so, or even just fifteen, these nannyish exhortations from on high begin to feel like regular, smarting slaps across the wrists by a Highways Agency ruler.

You begin to think dark, crazy, and rather childish thoughts such as: Why SHOULD I keep my distance? Or watch my speed? Or take a break? Who can I phone RIGHT NOW and talk to in a very animated fashion while my fuel runs out? And where did I stow that bottle of vodka?

Part of the irritation is of course the realisation that because you’re reading these signs you’re almost certainly not the kind of person these Maoist exhortations are intended for. You’re being taunted with reminders of the carefree fun that other more decadent drivers are having on the road – while you conscientiously read these bloody messages.

Some are just an insult to reason. For instance, the message:

I don’t think I’ve ever towed anything in my life, and I sincerely hope I never do anything so vulgar. But I have a hunch that if someone who is in fact towing something needs to be reminded they are towing something then they probably aren’t going to take much care at all – let alone extra care. Or read stupid signs.

But come the Bank Holiday weekend I have to read that message a zillion times before I have an overpriced Americano in a Welcome Break.

A YouGov survey a few years ago for motors.co.uk found that 43% of drivers ignore dot matrix signs. Another 4% claimed never to have seen one, ever. Clearly these people are much, much more sensible than me.

The philosophical problem with ‘safety messages’ is not only that the wrong people read them, it’s that in the context they’re presented, the infinite boredom of the liminal space of motorway driving – and on such huge, expensive, portentous signs placed, from the perspective of the driver, literally in the heavens – they are no longer safety messages. They are bureaucratic fortune cookie slogans exalted into life-changing maxims. You end up thinking about them far, far too much before something more interesting happens, such as picking your nose.

A little research reveals that the signs I’m moaning about aren’t dot matrix signs at all. They are actually called Variable Message Signs, or VMS, and began to be introduced to the UK about fifteen years ago. There are now c. 3000 of them along our trunk roads and motorways wagging their digital fingers at us.

The very latest VMS is the ‘MS4’, which the manufacturer describes as ‘offering a full graphics area with a matrix of LEDs in two colours. This makes it capable of displaying an almost infinite range of pictograms and legends.’

Shame that those infinite capabilities are mostly used to tell you

Even when a VMS displays potentially useful information such as road closures ahead, it suddenly becomes all tongue-tied and taciturn, after all those miles and miles of pointless advice. They all too frequently just say: ‘A1 CLOSED JCN 21-23’ without giving any more identifying info, despite acres of unused display room.

Even before the infinite capabilities of VMS, most people didn’t know their junction numbers, especially if the road isn’t a motorway. They tend, naturally enough, to go by place names, or intersecting road numbers. I’m convinced it’s a deliberate wind-up. You find yourself suddenly shouting something at the Dotty TV you never, ever thought you’d hear yourself say: