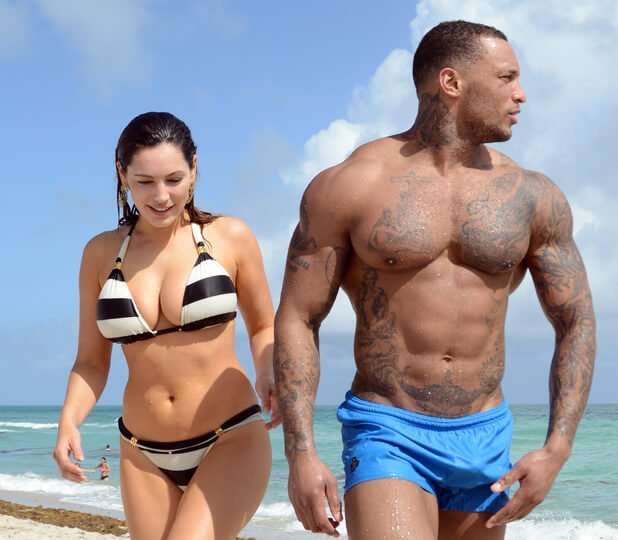 How to Spot a Spornosexual

LK: We’re hearing a lot nowadays about getting a ‘beach ready body’. Who exactly are men getting their beach bodies ready for?

Or rather, Facebook. Which is much the same thing, given the way social media and selfies are turning a generation of young men into Rockys, mostly minus the gold posing pouch – for now.

For many men the point of summer holidays today seems to be a deadline to get ‘into peak condition’ – which often means bulking up then leaning out. All of which requires military precision planning. The beach is now an amateur physique contest. But a very serious one. And the judging is done mostly online once the holiday snaps are uploaded.

Spornosexuals welcome any attention, and most are very interested in women’s attention, but in the end it’s the gaze of other men that is probably valued most by spornos – since only other men are obsessed with the male body enough to really appreciate all the hard work they’ve put in. 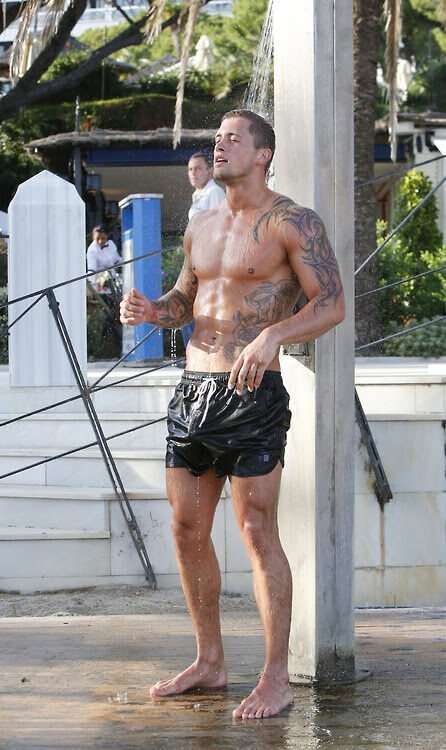 Where’s the pressure coming from on men to look like Dan Osborne (minus the Jackson tattoo obvs)? Celebs? Media? Women? Other men? What caused things to shift in gear in the last few years?

You have to become a brand. You have to hammer yourself into a hot commodity in the factory of the 21st Century – the gym.

Also, although it is in many ways encouraged by the promiscuity of the internet, spornosexuality is perhaps a reaction against it. In an age of e-everything, and disembodied gadgets, where the cyber constantly eats into the real, men need something very physical to cling to. Their own overstated body.

What hope have older guys – ones a bit past their prime like me – got?

Lots and lots of drugs. Or supplements and high protein low carb diets. And a younger personal fitness trainer who knows which ones work, and who can inspire and beast your body into a middle aged approximation of his. Failing that there’s always Photoshop.

In fact, older guys have even more reason to turn themselves into spornos than younger guys. If you have a buff body it can help distract from the slippage going on in your face….

You’re on a beach. You spot a perfect example of a Spornosexual. How do you recognise him? What’s the visual checklist?

1) You don’t spot him, his body spots you. And forces you to look at it.

2) He’s not in the least bit self-conscious about being nearly naked – because in a sense he isn’t. His body is a man-made artefact, and his designer, muscle enhancing tatts are a kind of drapery. He was in fact designed to be viewed nude.

3) He looks slightly surreal. Or hyper real. A male Barbarella, the spornosexual is the sexualised product of nutritional science, smartphones and well-equipped gymnasia. His body is an adult bouncy castle.

4) He might sometimes look a bit of a bruiser, but he’s still a cruiser. Always checking out who is checking him out.

5) It’s not just about the tits and abs it’s also about the ass. The spornosexual wants to be wanted from behind as well as the front, and spends a great deal of time and toil doing squats and lunges to make sure they have a muscle bubble butt that will stop traffic. 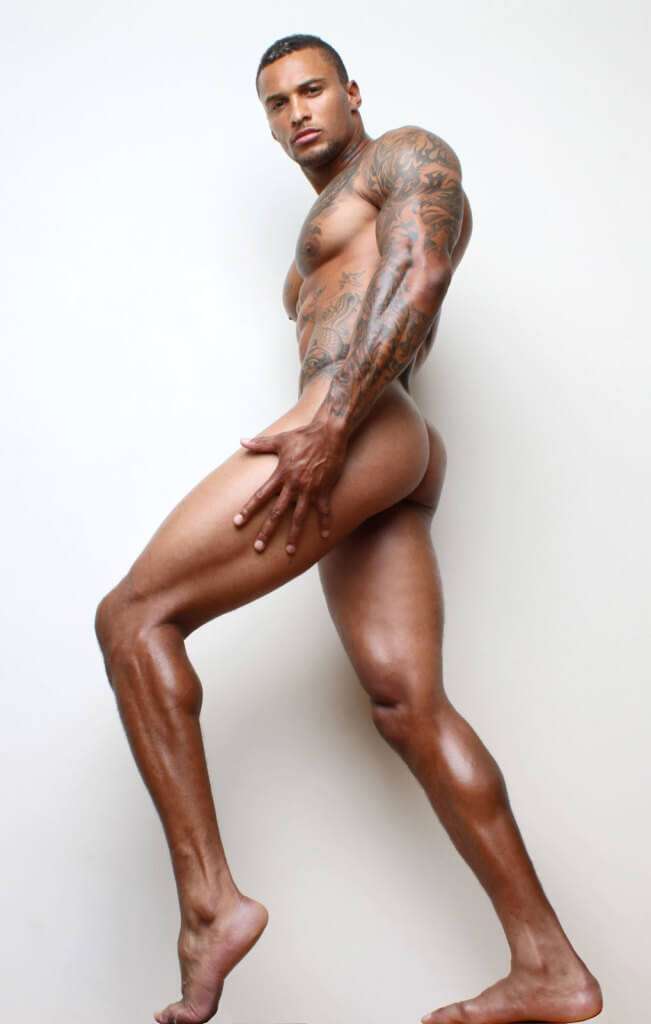