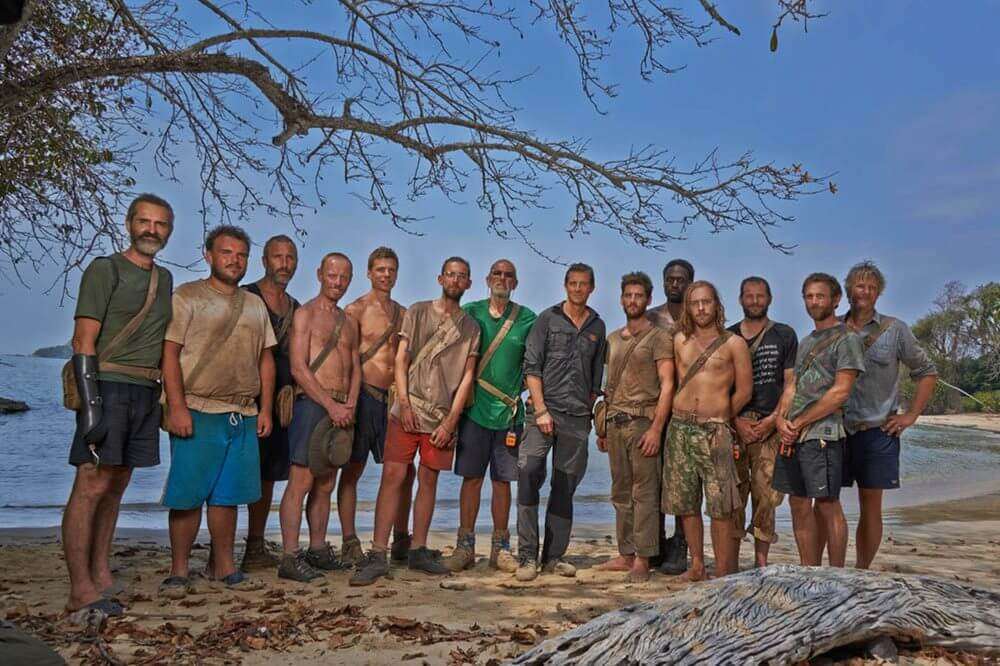 ‘Bare Thrills’ Strips Masculinity Down To Its Skidmarks

Maybe I suffer from what Freud described as man’s tendency to devalue what he desires, but I find anything touched by TV survivalist Bear Grylls’ calloused-but-manicured hands difficult to take too seriously. 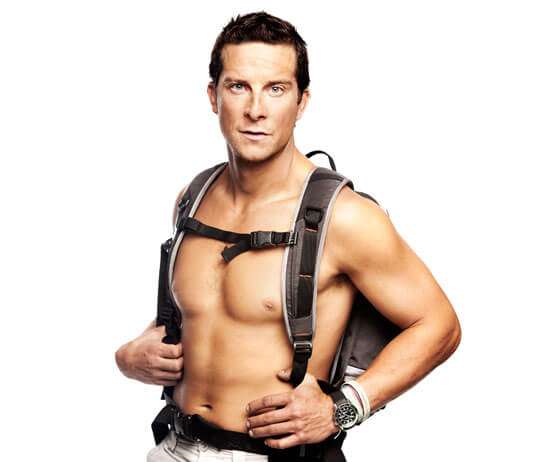 But taken seriously he most certainly has been by the UK media with his currently airing C4 reality show The Island, in which thirteen ‘ordinary men’ are marooned on a tropical island for a month to find out whether today’s softies can cut it as ‘hunter gatherer’ butch Bear Grylls types. Nothing very much happens – the Gryllsettes grow beards, lose some pounds, drink a lot of boiled stagnant water, get bitten by sand-flies, and fall out with one another and then back in again. Like Big Brother but more boring.

Though given the column inches devoted to this show you’d think Grylls was some kind of sociologist, anthropologist and cultural seer. Rather than an outdoor cabaret artist with properly hydrated skin and really nice eyes.

So I hesitate to add to C4’s already bulging folder of press cuttings about Grylls’ sweaty island, but the Channel’s Chief Creative Officer Jay Hunt’s defence of the show’s decision not to include women last week was such a wonderfully serious and altogether inadvertent admission of where the actual ‘sexism’ of the show lies that it’s impossible to resist.

Hunt defended her reality show from the straw woman argument, aired widely in the media recently by female survival experts, that it was sexist because it excluded women from the island by reiterating the comically prejudiced premise of the reality show: that it was intended as a ‘real test of modern masculinity’. She went on:

‘Let’s be honest, what better way of finding out what British men were REALLY made of than leaving them to fend for themselves in a frighteningly tropical environment.’ 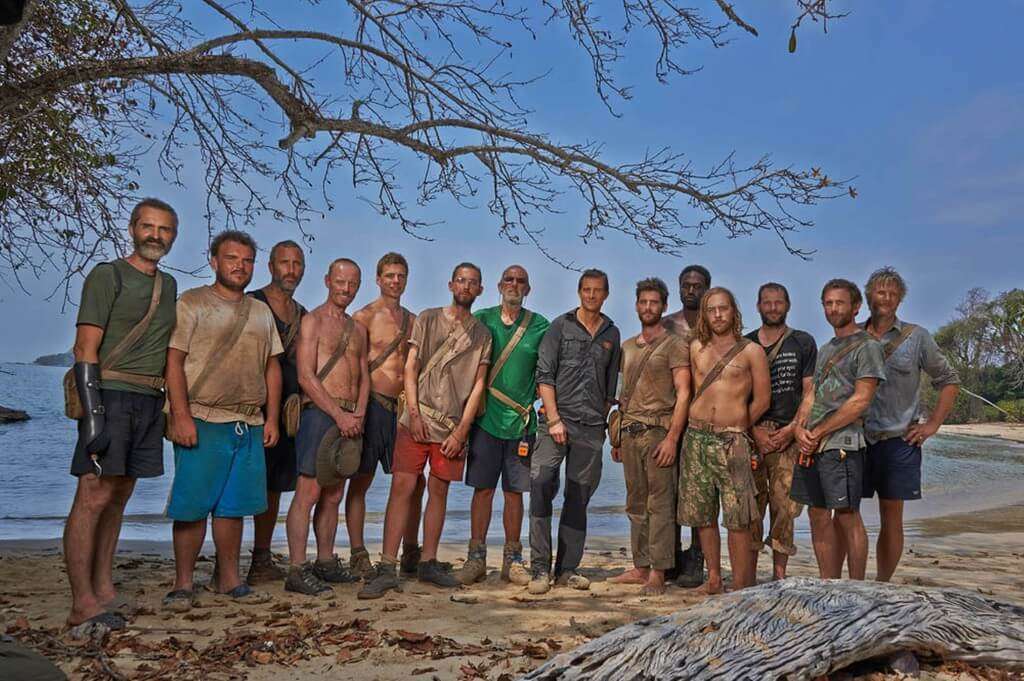 Women are excluded from the delights of the island not because Ms Hunt didn’t think women would be able to cope, but because doing so would have got in the way of the stereotype that men are ‘really’ savages. Or ‘hunter gatherers’ as she likes to describe them. The show is not about finding out what people are REALLY made of – but today’s men. Because we already know what men should be made of. It’s not sexist, in other words, because its sexism is directed towards chaps. Any sexism towards ladies is just unintended blowback.

In fact this kind of brutish reductiveness about men applied to women by C4 would have brought a much bigger backlash than the one prompted by disgruntled female survival experts. It would have cost Hunt her job. Can you imagine the outcry, for instance, over a reality TV show which announced that it aimed to find out what British women, as a sex, were REALLY made of – by locking them in the kitchen? Or Mothercare?

Any attempt to talk about REAL and ESSENTIAL femininity – let alone applying some contrived ‘test’ of it – is generally held up to fierce criticism these days, now that women are, rather wonderfully, encouraged to believe they can be anything they want to be. Including Chief Creative Officers at C4 – commissioning shows about REAL and ESSENTIAL masculinity. ‘Women are every bit as cut out for this survivalist stuff as men,’ says Ms Hunt. ‘Women are stronger, more independent and more self-reliant than they have ever been.’

In an introduction to the series, in which Bare Thrills has, very unusually, kept most of his clothes on, he opined: “I want to find out what happens if you strip man of all the luxuries and conveniences of modern living and then force him to fight for his existence.” By ‘man’ here Grylls means, as Ms Hunt has explained, not humans, but ‘men’.

The presentation of the series as some ‘real test of modern masculinity’ is, ‘naturally’, completely bogus even by the cranky standards of reality TV ‘experiments’. You could have taken any group of unprepared British men of the last hundred years or so and dropped them in a tropical mangrove swamp equipped with nothing but some garden string, Elastoplasts and hand-held TV cameras with much the same results. (Though it turns out that some of the contestants, and indeed the island itself, weren’t so unprepared after all. But hey, that’s show business.)

But the underlying premise that masculinity has to be ‘tested’, to be proved ‘real’, is what shows up the, ahem, rigid expectations we can still have of men compared to women, even on groovy C4. This is why Grylls, picking up on media chatter of the last year, has talked repeatedly about his show being about today’s ‘crisis of masculinity’.

That phrase is, like Grylls’ show, now much more of a problem than the one it purports to describe. As I’ve written elsewhere, when people talk about a ‘crisis of masculinity’ these days they’re usually talking about their own – in dealing with the fact that modern masculinity isn’t what they want or expect it to be. Particularly when working class chaps aren’t what middle class chaps like Chief Scout Grylls (educated at Eton ) want them to be.

And has anyone noticed how no one ever seems to talk about a ‘crisis of femininity’?

Older men may miss some of the masculine certainties of their youth, but most of today’s ‘soft’ young men seem very glad indeed that they’re not banished to the desert island of ascetic old skool masculinity their fathers and grandfathers were. Unless of course it gets them on telly.

Whatever people’s intentions in invoking it, and whatever value it may have had back in the 80s and 90s when male roles really began to change, post Thatcherite-Reaganite crash consumerism and de-industrialization, the concept of a ‘crisis of masculinity’ all these years of change later merely perpetuates the notion that masculinity is one phallic thing only, and that thing needs to be kept up, and ‘hard’. Otherwise we’ll all have a nervous breakdown. And not catch any fish.

Let’s leave its meagre carcass on the island, picked clean of what little, stringy meat it ever had on it. 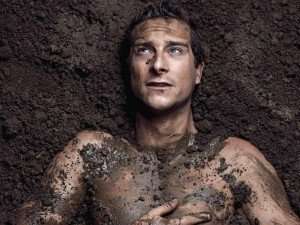 From Metrosexual to Spornosexual – Two Decades of Male Deliciousness