This bombastic ad for Paco Rabanne’s new fragrance for men ‘Invictus’, released this Summer, stars Aussie rugger bugger Nick Youngquest, his muscles, his tatts, his beard, and most of all his obliques. (They’re the diagonal lines above those track pants with the really worn waist elastic – pointing to his, ahem, priceless package.) 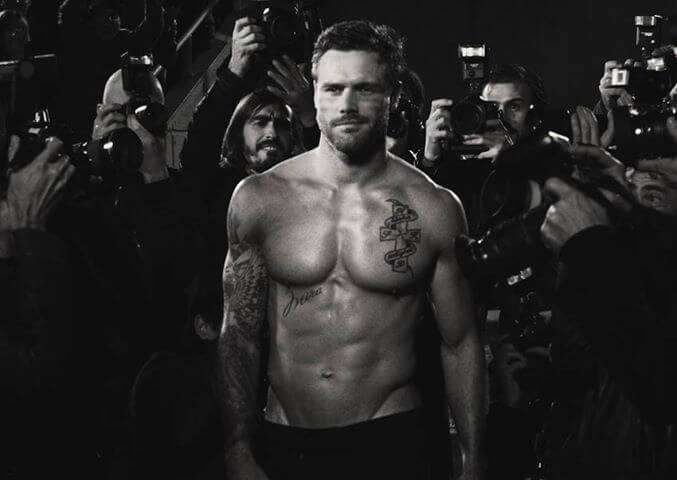 The world’s paparazzi bathe him in money-shot white flashes as he strolls through a stadium showing off his oiled, winning body with a rather self-satisfied grin. Not that we hold it against Nick, of course. We wish we could hold it against him.

The whole ad with its Olympian motifs seems to be referencing the ‘Gods of the Stadium’, ‘Gods of Football‘ sporno vibe – which Nick also appeared in a few years back.

Also with his arms in the air, inviting our attentions: 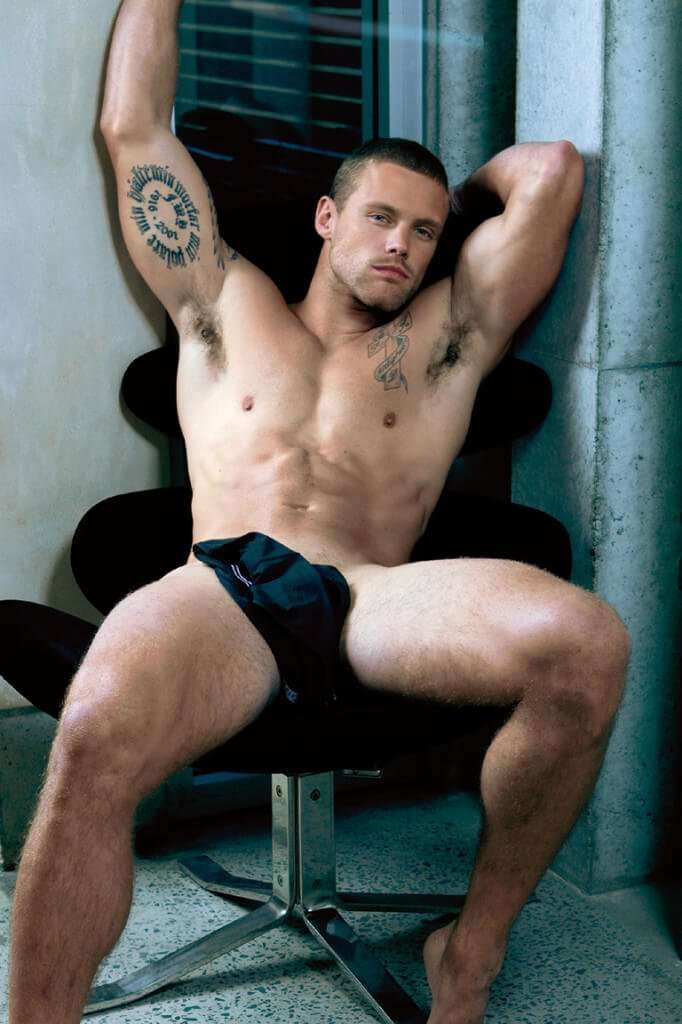