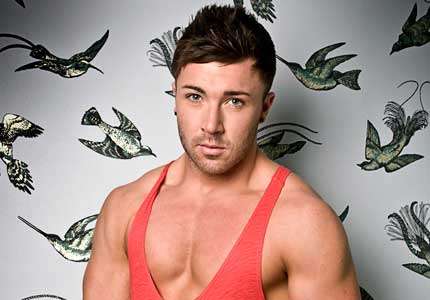 Middle class metrophobia keeps rearing its ugly, anxious head and leaving a really bad smell in the air. Maybe it’s because some middle class men are happier pretending that they don’t have bodies, just giant self-propelled brains (that are always right), but men’s new-found desire to be desired and the attendant rampant sexualisation of the male body in the media seems to literally scare the shit out of a few of them.

‘The world’s leading liberal voice’ this week ran two curiously metrophobic articles in the space of a few days (while this older blogpost features numerous other examples). Today’s Guardian carries a piece by an Olly Richards pegged to the new stripper movie Magic Mike, ostensibly about male nudity in the movies.

At the top of the piece he announces:

‘We all know the nude male form is essentially ridiculous, built only for floppy comedy.’

Speak for yourself, Mary.

This assertion of the writer’s contempt for the male body – and de facto dismissal of anyone who thinks differently – is the only thing the article has to say. An article on male nudity in the movies has nothing to say about male nudity in movies – because if it did then the author would have to be interested in the male body.

But Olly is a paragon of self-awareness and insight compared to a bizarre rant earlier in the week by the Guardian’s star columnist and TV celeb Charlton Brooker, which also seemed to take it as a given that the sexualised male body is ‘essentially ridiculous’.

Charlton’s column pretends it’s about the hatefulness of reality stars – and let’s face it, they are fair, if embarrassingly easy game. But it’s telling that he has nothing specific to say about the female reality stars in his piece. At all. None of them are mentioned, no female pronouns are used. It’s all about judging the men. For how they look. For plucking their eyebrows. For using product. Fake tan and make-up. For working out. For ‘sexualising’ their bodies.

‘But let’s not judge them by the content of their character. Let’s judge them by the colour of their skin, which is terracotta. Mostly. Apart from the pale ones. The way they look is the second unbelievable thing about them. Not all of them; most of them are sort of normal. But one or two of the men look … well they don’t look real, put it that way. They’ve got sculpted physiques, sculpted hairdos, sculpted eyebrows, and as far as I can tell, no skin pores.’

They’re not real men or normal because Charlton says so. Here’s a picture of him looking normal and real (from his Wiki page). 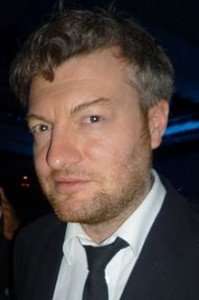 Charlton (41) saves his most passionate, most fundamental attentions for a contestant called James (21), whom he describes as resembling a ‘vinyl sex doll’. Born and bred in the Home Counties, living and working in London’s medialand, Brooker is also an expert on Newcastle:

‘I’ve been to Newcastle. There’s no way James is from Newcastle. He’s from space. Deep space. My guess would be he’s actually some form of sentient synthetic meat that crudely disguises itself as other life forms, but only to an accuracy of about 23%. He’s awesomely creepy to behold. Seriously, if James popped up on the comms screen of the USS Enterprise, Captain Kirk would shit his own guts out. And that’s the sort of behaviour that can undermine a leader’s authority.’

Yes, I realise it’s faintly ridiculous taking this kind of ‘comic prose’ seriously. And part of the irony here anyway is that Brooker is ridiculing reality TV for its vulgarity while his job description at the Guardian is to be as vulgar as possible about vulgar TV shows and use words like ‘shit’ and ‘cock’ a lot. Pour epater les bourgeois – at the same time as appealing to their snobbery.

But in the wider context of the Guardian’s middle class problem with metrosexuality and the male body, and Brooker’s role in many people’s eyes as right-on liberal superhero, I think it’s worthwhile examining what’s going on here.

James of course doesn’t look like any of the things Brooker says he looks like. Here’s a picture of James (who lives with his mam and who according to the Geordie Shore website ‘isn’t ashamed to call himself a mummy’s boy’). 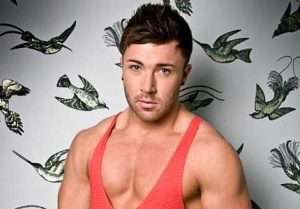 Now, I know this is very subjective. But I would much rather look at James in HD widescreen in my living room than Charlton. Especially if it comes down to shagging, as Geordie Shore often does. And before you accuse me of being bitchy: which TV celeb was it again who said earlier that we should judge only appearances?

What’s more, James is not at all unusual, let alone ‘non-existent’ as Charlton would like to believe. There are loads of lads like James in the North East. And I know this because I didn’t visit for a book-signing once but because I live here. There are several down my gym. One of them, a really nice, chatty bloke who’s always got a canny smile, was shortlisted for this year’s Big Brother. It could easily have been him that Charlton was railing against for plucking his eyebrows and having plunging necklines. So forgive me if metrodaddy feels a bit maternal.

As with the blue-collar guys turned strippers in Magic Mike, in the post-industrial North East working class lads happily work on their own bodies instead of someone else’s property and, unlike London hipsters, aren’t afraid to flaunt it and make themselves pretty. Especially since they don’t generally have many other routes to celebrity – not being likely to land themselves a place on a C4 panel show being snarky and painstakingly scruffy in a dowdy corduroy jacket.

There can only be one answer. The sad, tawdry truth is that Charlton can’t trust himself in a world with James in it. He has to tell himself these wicked lies about James because otherwise he might find himself being turned on by him.

James the ‘sex doll’ is the one, by the way, who famously has a cock the size of a Sky remote.

Here’s a simple test – one that you can apply to almost any instance of liberal metrophobia, however ‘jokey’ or ‘ironic’ it presents itself as being. Would someone like Brooker still rage on and on about James’s ‘unmanly’, ‘creepy’, ‘alien’ appearance and how worthy he was of hatred because of it, if James was gay instead of straight? Would he still describe a gay James as ‘synthetic meat’ and a ‘polished turd’? Or someone who would make Captain Kirk ‘shit his guts out’? (The anxious anality here is all Charlton’s – definitely not Captain Kirk’s, who wasn’t afraid to shape his eyebrows and sideburns, or wear a corset.)

Wouldn’t Charlton the liberal superhero in fact be the first to loudly ridicule himself for his own homophobia and repressed homosexuality? And, drunk once again on his own self-righteousness, call himself a farty old reactionary cock?

In fairness though it can’t be denied that one of the truly awful things about metrosexuality is the way it gives uneducated, shamelessly tarty young men with regional accents a way of getting gigs on TV shows with more viewers than yours.

Does Magic Mike Have Anything To Stick Himself With?