On The Jonathan Ross Show last night David Beckham was the star guest. He looked great of course. But I kept finding myself staring at Mr Beckham’s foot.

Naturally, it was shod tastefully and expensively – in keeping with his John Hamm hairdo and 60s-style black whistle and flute. But that wasn’t what drew my eye. No, it was the way it was trembling.

The icon of the age had feet of jelly.

Or at least, a foot of jelly. David (I think we can use first names here; in fact, I’m sure he would insist on it) was sitting cross-legged on the sofa, facing Ross’ chins. His face was smiling radiantly, teeth and eyes flashing and laughing. His body language speaking of the casual grace and ease of beauty, celebrity, money. He was doing in other words all the things you’re supposed to do on a chat show sofa.

But his raised foot was shaking. Violently. And in doing so it succeeded in  saying much more than the other end. It made me think of the proverbial serenity of swans underscored by that furious paddling you know is going on beneath the water-line.

There are plenty of good reasons to be terrified on a chat show, even one not presented by Jonathan Ross and his unaccountable vanity. But Becks has more reasons than most. He has a lot to lose. If by chance, and much against his better judgement, not to mention media training, he were to actually say something or have, god forbid, an opinion it would cost him millions in corporate fees.

At one point he was talking about, I think (but can’t be sure because even when you try to listen to David it’s very hard to focus), the benefits of his football academies for getting kids away from their Playstations and outdoors. But then caught himself: ‘Not that there’s anything wrong with Playstation, of course,’ he added very hastily. And not that there’s anything wrong with another Sony endorsement deal, either.

Or maybe his foot was trembling because he knew that later Jonathan Ross would pull his pants down and shove his own Aussiebum   packaged groin into David’s famous face. (No, this actually happened and was even more disturbing than it sounds.)

In the ad break there was more David. David out of his expensive suit  and in his pants, spinning around, selling David, and selling his H&M ‘bodywear’.

In keeping with the trademark passivity of metrosexuality in general and uber-metro Becks in particular, the ad features much batting of long eyelashes, and arms held defenceless above the head, as the camera licks its lens up and down and around his legs and torso. Teasingly never quite reaching the package we’ve already seen a zillion times on the side of buses and in shop windows – but instead delivering us his cotton-clad bum, his logo and his million dwollar smile.

All, curiously, to the strains of The Animals: ‘Don’t Let Me Be Misunderstood’. Is it meant to be ironic? What after all is to be misunderstood? Don’t the images tell us everything? Even what we don’t want to know. About the total commodification of masculinity.

Perhaps Beck’s foot could have told us, but alas it didn’t appear in the ad and was unavailable for comment. 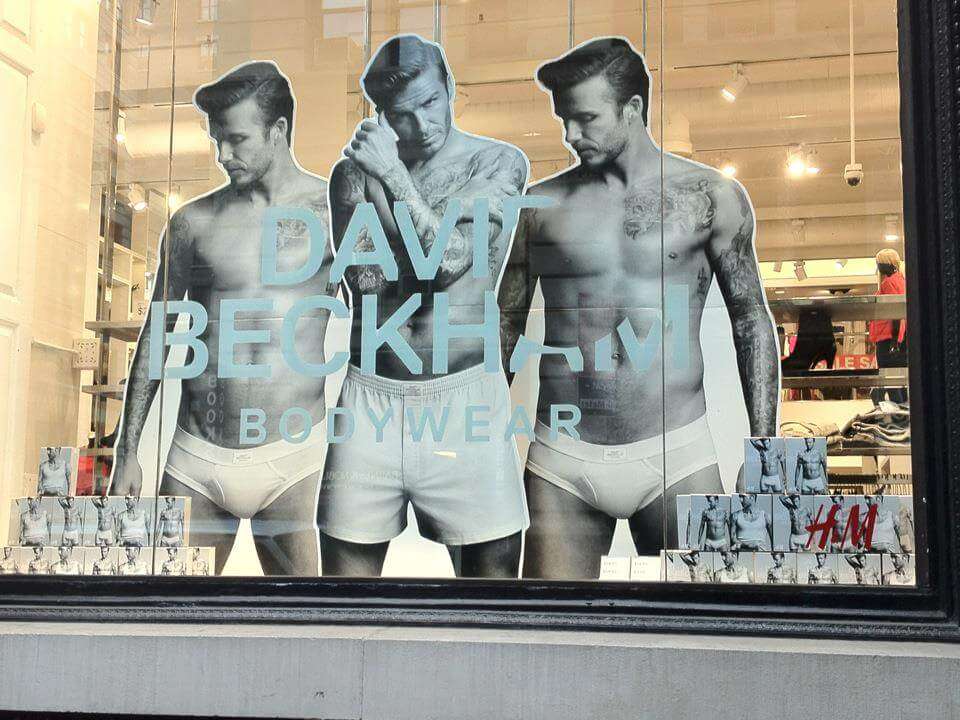 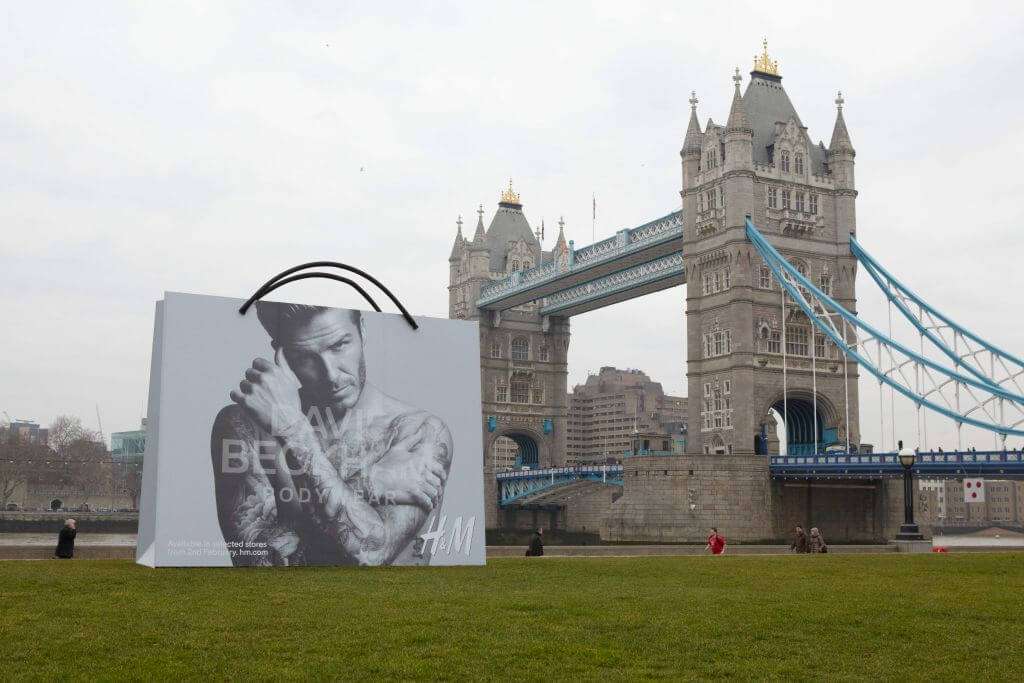 “You’ve got bigger boobs than me – that’s sooo depressing!”

Today’s men are obsessed with their bodies – but is that so bad?