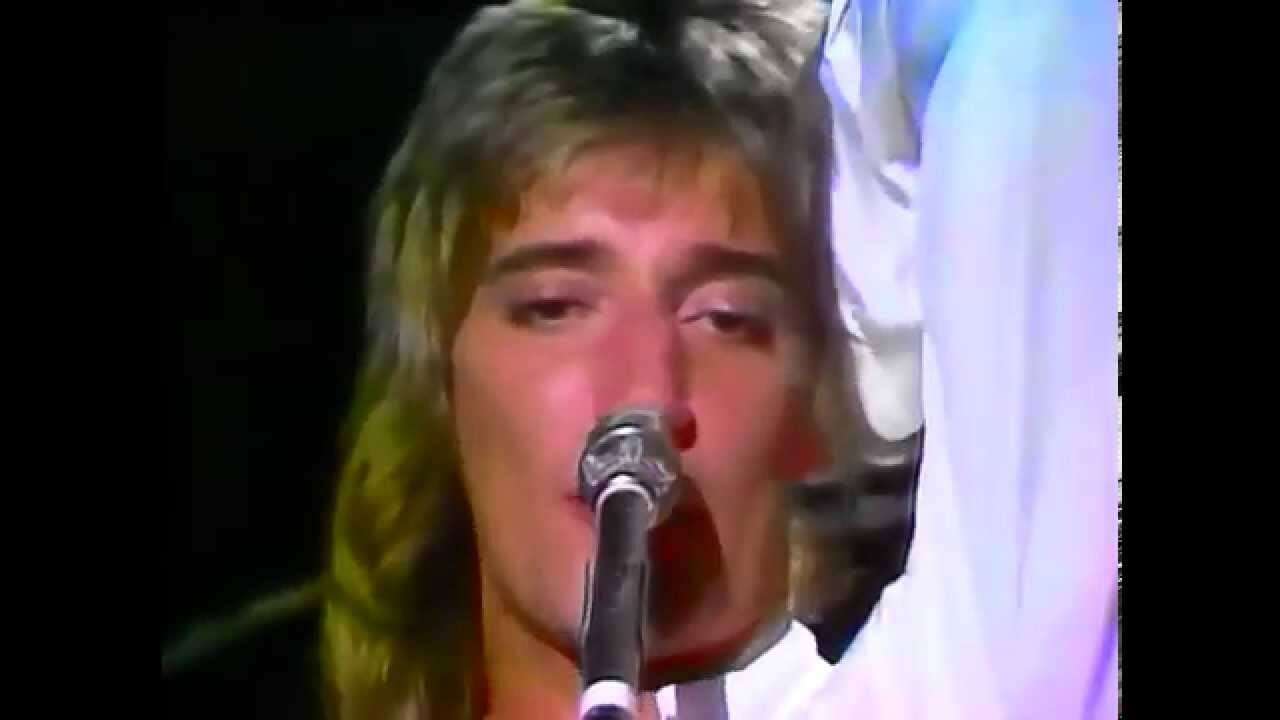 I recently chanced upon this clip of Rod Stewart performing ‘The Killing of Georgie Parts I & II’ on a late-night BBC4 re-run of a Top of the Pops from 1976. I was completely transfixed. Not by nostalgia though, for a change. Bizarrely, scandalously I don’t recall seeing or even hearing this well-known classic before.

I have a bit of a blind spot about Rod Stewart. As a kid I hated ballads. They were bor-ing. Like the kissy-wissy bits in films. And by the time I got into pop music in a big way Stewart was the Bawling Balladeer. I did go to see the Stewart musical Tonight’s the Night with a friend when it opened in 2003. Alas, it was written by Ben Elton and so we had to leave at the first interval.

But I found myself utterly mesmerised by Rod’s achievement here. It’s undoubtedly one of the best to-camera performances I’ve ever seen by any artist. Literally breathtaking. And although the song perhaps owes a debt to ‘Walk on the Wild Side’, produced by David Bowie four years earlier in 1972 (the gay/outsider journey to New York on a Greyhound bus, the doop-doop backing…), I think David would give his non-dilated eye to have done this.

The song tells the story – remember when songs did that? – of a gay friend of Stewart’s who, rejected by his family after explaining that ‘he needed love like all the rest’, moved to New York where he ‘soon became the toast of the Great White Way’. But was cut down in his prime during a random mugging.

It’s not so much the subject-matter (a true story, apparently) that got me. It’s the astonishing performance itself, which in its fearless extravagance and beauty seems the perfect tribute to his fallen friend. It’s as if Stewart, the working class footballing lad and lady-killer, is showing you with his drag queen gestures and shining androgyny what Georgie the show queen liberated in him. (Stewart has said that he Georgie wasn’t a close friend of his personally, but that he was ‘surrounded by gay men’ at the time.)

It’s there in the lyrics, of course:

He said “Never wait or hesitate
Get in kid, before it’s too late
You may never get another chance
‘Cos youth a mask but it don’t last
live it long and live it fast”

But it’s much more ‘there’ in Rod’s ‘gay abandon’ in front of the camera -- and Marlene Dietrich eyes. And that wink he does when he sings: ‘he needed love like all the rest’.

I’ve watched the clip several times now and the final line to ‘Part I’ – ‘Georgie was a friend of mine’ – delivered with arms stretched out, open-palmed towards the audience, towards the world, and that unswerving, heavy-lidded gaze gets me every time.

The ‘Part II’ coda is a frank, almost embarrassing expression of love and loss, mourning and melancholia. Rod weeps for his lost friend:

But by taking our breath away too, at the height of his youth, his beauty and his talent, Rod ensures Georgie – and the glamorous gayness of the pre Aids 1970s – also lives forever and never goes away.

No matter what Rod himself was to turn into, as the mask of youth slipped -- as it does for all of us who don’t die untimely deaths.