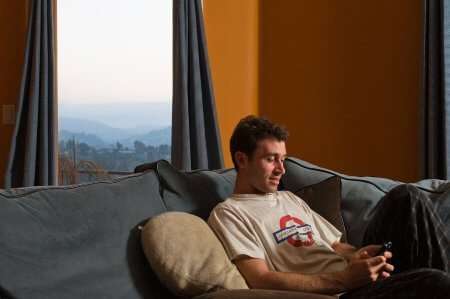 In other words: Deen doesn’t look vulgar and low-class and thus is worthy of Ms Hess’ and Good magazine’s interest.

They’re chosen because – in addition to being able to maintain a large erection for hours in front of a camera and crew, something which most mortal men can’t manage – they appeal to men. Most men like and admire big arms. Big abs. And big dicks. Men are so low-class.

Assuming this has been, er, fact-checked, statistically this makes Deen literally a fucking freak. Only 0.1% of white males have a penis that ‘normal’.

“I think he is really cute (not in a sexual way),” one woman writes. “I want to talk to him and tell him why I like him,” another says. “It’s not only cause of his amazing talent, it’s because of his personality.” One woman shares a video that “doesn’t have James fucking her but he is there and he is being sweet so I think it’s cute to watch anyway.”

With their animated gifs and collages and focus on the way he gazes into the eyes of his female partners, or holds their hand, you get the impression his women fans are making a kind of fan-fic out of his back catalogue.

‘The straight male performer must be attractive enough to serve as a prop, but not so attractive that he becomes the object of desire. As Curry puts it, “No one wants to alienate the male audience.”’

And judging by the number of men they’ve turned into sluts they’re doing a very good job of it.