This jokey Canadian ad is aimed, I believe, at encouraging women to regularly check their breasts for strange lumps. Though it seems to have been side-tracked by, er, checking out strange lumps. Albeit perfectly-formed and waxed ones.

For my charity money the blond, buffed, fashion-bearded presenter’s best asset isn’t his chest but his man-humps — which he, along with the other tarty men in the ad, kindly shoves in the camera during the credits, while disco dancing.

I suppose women are very grateful for this kind of eager self-sacrifice on the part of men, but I’m not entirely sure what the gentle sex is supposed to do with all those plucked, pushy, insatiable bottoms.

To be honest, I’m not even sure what I’d do.

Is a bevvy of men flaunting tits and ass the best way to educate women about looking after their own bodies? It may come as a shock, but I’m probably not best qualified to answer that question. I would imagine though that this infomercial has been circulated on the interweb rather more than more conventional efforts. But then, maybe it’s being circulated by men like me, who can’t recall the last time they examined a pair of breasts that didn’t come shrink-wrapped from Sainsburys.

One thing’s indubitable, however: this ‘inverted’ ad is more evidence if it were needed of the way that in the 21st century men’s tits have not just rivalled but replaced women’s as the touchstone of ‘sexy’ in mainstream pop culture, even when the audience for them is other men.

Speaking of tits, the apparently endless UK version of reality TV series The Bachelor starring metrosexy Welsh rugger bugger Gavin Henson reached its final climax this week on C5. Though I’ve no idea which lucky lass Gav plumped for in the end as I only made it through the first couple of shows. I have a pathological fear of commitment. And crazy ladies with a famous, rich, orange man in their sights. 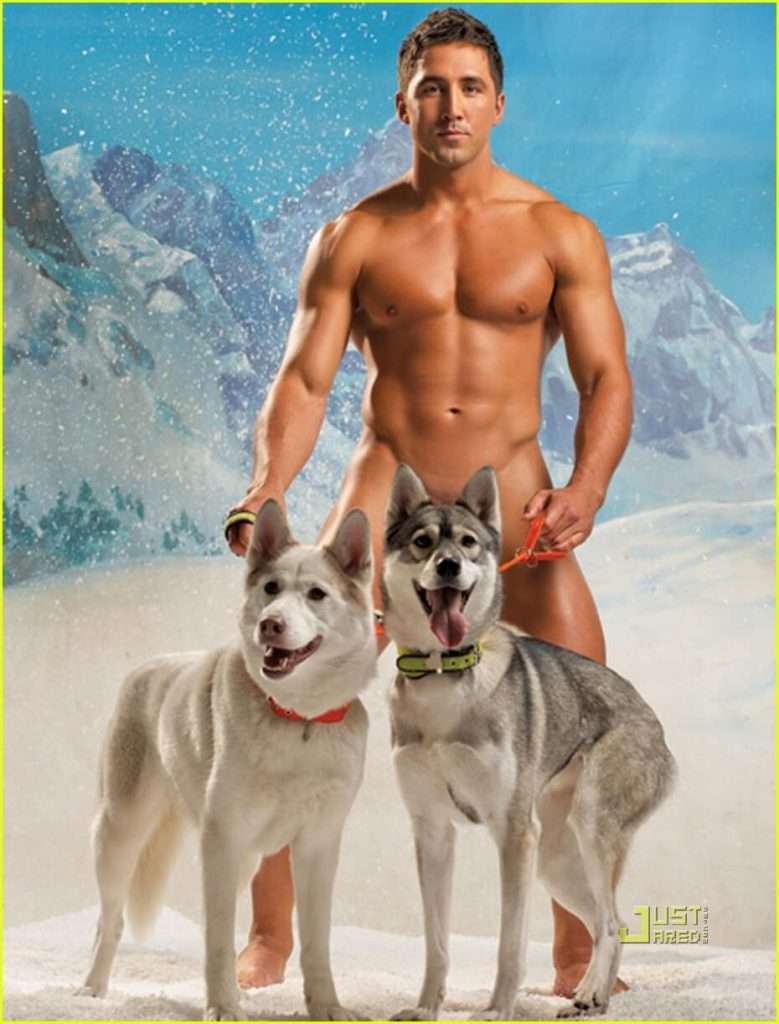 Ostensibly a reality TV show in which a series of foxy women try ensnare a celebrity playboy who will then treat them like a princess, The Bachelor is, as everyone knows, quite the opposite — or inverse — of how it presents itself.

No matter how many times they make the eligible bachelor say sincerely, solemnly and unblinkingly into the camera, “I am looking for the special woman I will marry and spend the rest of my life with” we can’t help scoffing, loudly. Even when they say it in an adorable, slow-talking Welsh accent. We know that everyone on the show, Mr Henson especially, have gone on telly to spend their life with you and me.

Likewise, despite the traditional pretense of the ‘pretty ladies’ with their ‘stunning’ outfits paraded like cattle in front of the ‘man of the world’, Henson is unquestionably the show’s eye-candy. Or ‘object’ as the feminists would have it (if they could ever bring themselves to admit that men are objectified too — by both women and especially by themselves).

Gav’s the Prince and the Princess of The Bachelor. And, it has to be said, the worst actress out of a brace of very bad ones.

Pink of lip, white of eye and tooth and with a much prettier complexion than most of the ladies, his body, which only seems to be actually clothed after sunset — and then in tailored shirts and suits that advertise his flaring back, his beefy arms, his swelling chest, his voluptuous, shelf-like arse even more — simply has no competition. All must worship it. And do.

It is an astonishing, captivating ‘object’ (much more so than the one in the Canadian ad), which Henson has clearly devoted thousands and thousands of intimate hours to nurturing, feeding, watering, sculpting, shaving, tanning and moisturising. This, finally, is a love story we can all believe in. What’s more, unlike most male bodies on display these days, his also has a actual function. He’s a professional athlete.

Little wonder then that Gav and his body is the relentless focus of the camera’s gaze. Every time he strips off the camera zooms in and grazes along his taut, polished skin, practically licking the Armani body lotion off him. Just as it did last  year when he appeared on the BBC’s Saturday night ‘family show’ Strictly Come Dancing — a reality vehicle targeting the older viewer which also objectifies men but presents it within the faux traditional ‘sexist’ format of ballroom dancing where men ‘lead’ -- the eye. Sportsmen appearing on the show have to go topless every week or go home. 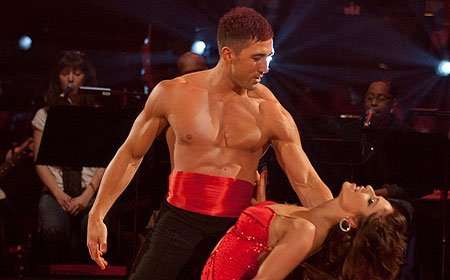 OK, having worked myself into a frenzy talking about Gav’s pneumatic body I’ve just taken a quick peek at the final episode of The Bachelor online, and it seems Gav chose as the winner and his ‘girlfriend’ (whatever that actually means in the context of reality TV) a female model -- with a Roman nose remarkably similar to his. Whose first, delicate, coy, halting words on seeing him clad immaculately in designer black tie in Episode One,  were: “GO ON!! SHOW US YOUR MUSCLES THEN!!!”

Before doing what everyone else wants to do to Gav, and what Gav seems to want everyone to do — grabbing his bicep and copping a really good feel.

And this is the show that the Guardian recently moaned was ‘demeaning to women’.

Like ballsy ladies, gender reversal is everywhere these days. Below is a UK viral ad raising awareness for testicular cancer, which uses the same ‘inversion’ as the Canadian breast cancer ad, but to rather different effect. Check out the lumps on her….

A Taste of Honey: Still Sweet Half a Century On

Jungian Complexes at the Multiplex