The Earring Wars are Over

Last Saturday’s The London Times Magazine ran an extract from ‘The Man in the Gray Flannel Skirt’, a memoir by Jon-Jon Goulian ‘the New York Review of Books first cross-dressing staffer’. I haven’t read it yet, but the extract inclined me to do so very soon.

Here’s Goulian on the semantics of earrings in the 1980s – a semantics which I also recall as having a very definite and decisive import when I was at school in the UK back then which you ignored at your peril, but which now seems as daft as Crystal and Alexis mud-wrestling:

In 1984, in La Jolla, California, as was true in most places in this country, a huge amount of significance was attached to which ear an earring appeared in. If it was in the left ear, that meant you had a liberal conscience, and that you wanted people to know it. It was essentially like having a bumper sticker on the back of your VW bus that said NO NUKES. It was a gesture. Nothing more. So no one took it seriously.

When my mother set eyes on me, the same thought ran through her mind as would have run through the mind of any middle-class woman who grew up in Park Slope, Brooklyn, in the Fifties – ‘Oh, my God! I don’t understand! Is he a or b or c or d? Or all the above? This is not a fair test! I don’t understand the question!’

Nowadays, the monosexual semantics of earrings on boys has broken down. The earring war is over. It ended, like most things have in this new century, not in white doves and petals and earrings being beaten into plowshares but incoherence.

Or as someone on this thread put it, in answer to a quaint question about which side was ‘gay’:

Which is perhaps bad news if you wanted like Jon-Jon seems to have back in the day, to make a statement that ‘people took seriously’. But then, it’s not just earrings that have suffered that fate. 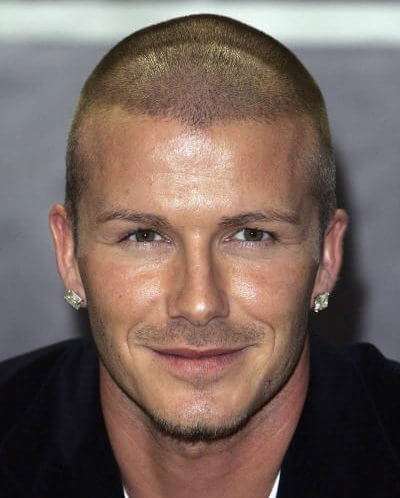 Scrape Me With a Strigil! The Grooming Guru interviews Mark Simpson