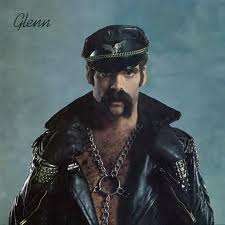 Dire warnings of how men are doomed because more chapesses are now in work than chaps, are more educated, and now earning more (in large cities), prompted a special ‘Man Up!’ issue of Newsweek a few weeks back on the ‘crisis of masculinity’.  The centrepiece was an interesting, lengthy – and oddly-conflicted – essay titled ‘Men’s Lib’ which seems to identify America’s continuing love-affair with machismo as holding American men and America back from adapting to a changing world.

It calls for a ‘reimagining’ of masculinity.  Men need to jettison their prejudices and pride and embrace ‘girly’ professions and ‘changing diapers’ to adapt and survive:

… as women assume positions once occupied exclusively by men, and the more ‘manly’ sectors of the U.S. economy continue to shrink, a more capacious notion of manhood — the product of both new policies and new attitudes — is no longer a luxury. In fact, it may be exactly what’s needed to keep the American male, and America itself, competitive in the 21st century.

Which sounds splendid, if somewhat late in the day: this argument could have been made at any time since at least the 80s when ‘masculine’ heavy industries began to be replaced by ‘feminine’ service industries.  It’s also charming to see that ‘reimagining masculinity’ is cast as a patriotic project: Uncle Sam Needs YOU to change diapers!

The authors of this piece, Andrew Romano and Tony Dokoupil are very into changing diapers.  And reproduction generally.  Which is perhaps why they assume when talking about ‘reimagining masculinity’, even at such length, that it is entirely heterosexual.  I don’t mention this to score points. And reproduction is a wonderful, if slightly scary thing.  I mention it because fear of being thought homo – and thus emasculated, and thus outside the world of men – has long been one of the chief ways in which traditional notions of masculinity have been maintained.  Long past their use-by date – particularly in the US.

The battle over the Pentagon’s ‘Don’t Ask Don’t Tell’, still raging after nearly twenty years, is a very public example of this.  Whatever arguments traditionalists might martial in public against the repeal of this policy, such as ‘unit cohesiveness’, ‘lack of privacy’ and ‘operational readiness’, everyone knows that this is just a polite smokescreen, as much to spare their sensibilities as anyone else’s. However reasonably Don’t Tell-ers state their case we can all hear quite clearly the apopleptic D.I. superego shrieking inside their heads over and over, spraying their cerebellum with spittle: ‘Fags AREN’T MEN!  They take it UP THE ASS, for chrissakes!  And they ENJOY IT!  They bat for the OTHER SIDE!!’

How the devil can you motivate American men to be men and do the ultimate ‘manly’ thing if they are serving alongside open sodomites who aren’t punished, can’t be drummed out of the ranks of men in disgrace, and in fact have every legal right to the same respect and protection as any other soldier? (As with gay marriage, hardly anyone is terribly worked up about lesbians – but unfortunately for the ladies who love ladies they are, once again, lumped in with gay men for the sake of ‘consistency’, and also to avoid having to actually acknowledge the, y’know, bum-sex obsession.)

The connection between machismo and homophobia isn’t, in the words of the somewhat phallic cliché, rocket science.  Likewise, tackling homophobia is something you have to do if you want to take on machismo.  Sweden, the country cited so approvingly in the Newsweek piece for its paternity leave programme is also one of if not the most gay-friendly countries in the world (and the US one of the least gay-friendly in the Western world), though this goes unmentioned.

All in all, Newsweek’s clarion call for ‘men’s lib’ is sounding somewhat muted.  So perhaps it’s not entirely ridiculous that the name given its project for ‘a more capacious notion of manhood’ (that doesn’t appear to include anything non-heterosexual and non-reproductive), is ‘The New Macho’.

This moustachioed moniker has been wheeled out before – most amusingly in the form ‘machosexual’ – when the US was having its gigantic national nervous breakdown over metrosexuality in the mid Noughties, either as a reactionary knee-jerk response to that ‘girly man’/fag stuff.  Or as a mendacious repackaging of metrosexuality for the older, more clenched gentlemen.

Perhaps it’s a really clever piece of marketing by the Newsweek authors, packaging their call for radical change as something reassuring.  Maybe ‘New Macho’ is what you need if you want to tempt the old machos aboard the Twenty First Century.  Or even just aboard the latter part of the Twentieth Century.  We probably shouldn’t forget that at the height of their fame the Village People were a band whom most of the US thought were just wholesome archetypes of all-American virility.  And in a funny way, they were.  Either way, they certainly knew a thing or two about repackaging machismo.  And packets.

By contrast, I’m not so convinced by Newsweek’s spruced up handlebar moustache.

‘It’s clear that we’ve arrived at another crossroads—only today the prevailing codes of manhood have yet to adjust to the changing demands on men. We’re not advocating a genderless society, a world in which men are “just like women.”

Well, c’mon guys you so are! At least in the sense that men should be able, just like women today, to go against traditional expectations.  (I know, know, you have to say these daft things because otherwise you’ll sound… un-American.)

‘We’re not even averse to decorative manhood, or the kind of escapism that men have turned to again and again—think Paul Bunyan, Tarzan, and bomber jackets—when the actual substance of their lives felt light. If today’s men want to be hunters, or metrosexuals, or metrosexuals dressed in hunting clothes, they should feel free.’

Yes, there are rather a lot of metros dressing in hunting clothes these days. Particularly at Newsweek.  But ‘feeling free’ is the key here, of course.  Which is why this really is in the end about a kind of ‘men’s lib’. But my hunch is that a system as rigid, repressive – and now as cloyingly sentimental – as machismo can’t be reformed, or re-styled by putting the word ‘new’ in front of it.  Like medallions and signet rings it just.  Has to.  Go.  (West.)

Along with Newsweek’s and the Pentagon’s notion that masculinity is always heterosexual.