Most UK Male Students are Metrosmoochers

A new study of puckering practises reported in today’s Daily Mail (‘How men kissing each other on the lips in friendship is “no longer taboo”‘) suggests that the majority of male students in the UK think nothing of giving one another a big wet one on each other’s lips in all sorts of social situations. 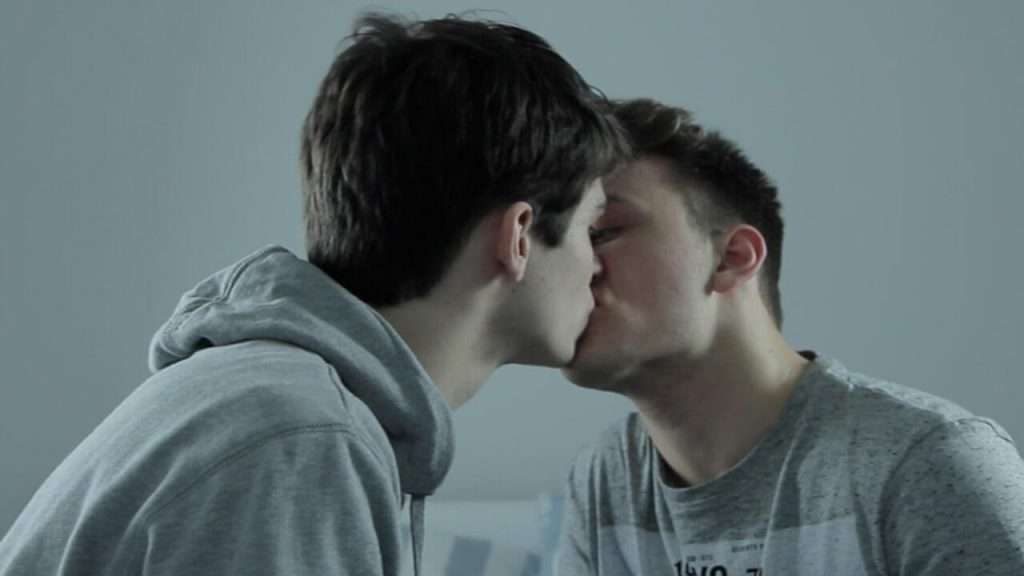 Which is a bit much for this old bugger: I can barely kiss men in bed.

Researchers at the University of Bath found that 89 per cent of white undergraduate men at two UK universities and one sixth form college said they were happy to kiss another man on the lips through friendship.

It sounds though as if they may have been talking to members of the university rugby team:

They found that 36 per cent of respondents had also engaged in sustained kissing, initially for shock value, but now they occurred just for ‘a laugh’.

Dr Eric Anderson, the academic behind the survey claimed, plausibly enough, that heterosexual men kissing one another is a result of the decline of homophobia:

‘At these universities, overt homophobia has reduced to near extinction, permitting those men to engage in behaviour that was once taboo.’

University in the UK is now probably one of the most gay tolerant environments imaginable.  Which of course would impact on how non-gay men behave towards one another too, since homophobia is one of the key ways in which male-male relations in general are made to conform to traditional ideas about what is ‘normal’ and ‘masculine’. Even though quite a few homos — such as this one — don’t kiss other men as freely as these young straight men appear to.

‘The kiss is a sign of affection in student social spaces, a sign of victory on the pitch, or celebration at a nightclub but it does not have a sexual connotation in any of these spaces.

‘It seems generally younger people are becoming more and more open minded with each generation.’

Perhaps I’m hopelessly optimistic, but I would generally go with Mr Anderson here about what this metrosmooching signals.  Though I’d add that it also probably also represents the spread of Continental habits, like croissant-munching. And I’m not entirely certain that men snogging other men on the pitch or nightclub ‘does not have a sexual connotation’. I mean, wouldn’t it depend on how hot they looked?

Joking aside, however much attitudes may have changed towards manlove at UK universities, if the comments section is anything to go by, readers of the good old in-Continental Daily Mail haven’t changed much at all.

The ‘best rated’ comments are those expressing spluttering disbelief and assurances from random men that they only ever kiss ladies, thank you very much.  While the ‘worst-rated’ comment was the shocking: ‘Men kissing men shouldn’t be a taboo anyway’.

The Celebrity Sex Lives of Rats