Sexing the Brain: Neuroscience vs. Neurosexism

This popular kids nursery-rhyme, and the popular notion that men and women are different species from entirely different worlds, may have to be re-written in the light of recent findings.

Several books recently have taken a scalpel to ‘neurosexism’, or rather the neuroscience of ‘innate’ and ‘inborn’ – or ‘hardwired’– differences between men and women. It seems that most of what we have been told about ‘male’ and ‘female’ brains over the last few decades is, to use a highly technical term, bollocks.

It turns out there is little or no sound scientific evidence for the sweeping claims that have been made about sexed brains – even if they make for easy headlines for copy-editors and provide endless material for lazy stand-up comics. In fact, the very notion of a ‘male brain’ and a ‘female brain’ is misleading. Shockingly, it turns out that the human race, in all its billions and billions, doesn’t actually resolve itself into just two kinds of people. One made of snips and snails and the other made of sugar and spice. One from Mars, the other from Venus.

Yes, there are some differences between adult male and female brains, but these are not, it seems, so much inborn in the way we think of anatomical sexual difference as being inborn – there’s little solid evidence of sex differences in children’s brains. Instead they’re the result of our highly ‘plastic’ brains adapting to the culture and expectations they are born into. Learning the syntax of sex and gender.

Having read one of the most publicised books, Dr Lise Eliot’s (ironically titled) Pink Brain, Blue Brain, I can report I thoroughly enjoyed the way she methodically dices and slices the mounds and mounds of dodgy neuroscience papers that have gone before her, like some kind of white-coated Ellen Ripley figure. It’s always a thrill to see scientific scepticism in action – especially in a particularly egotistical field such as neuroscience that seemingly just can’t resist making several whopping great tendentious claims before lunchtime. Neuroscientists sometimes come across like a real-life Pinky and The Brain, but more ridiculous.

Eliot’s argument is that small physical and temperamental differences between the sexes at birth are exaggerated by cultural attitudes – and by bad science based on cultural attitudes, providing a depressing feedback loop. She certainly makes a forceful case for it, showing how so much of the data in this area has been cherry-picked or unreasonably extrapolated from studies on rats. Essentially, for the vast majority of children, how they are raised and educated and the cultural expectations they are born into are of much greater importance for their psychological development than the amount of testosterone they were or were not exposed to in the womb.

But perhaps what is most interesting is that while she might be characterised by some (though not as far as I’m aware by herself) as a ‘feminist scientist’, if only because she’s female and a scientist and taking on gender stereotyping, she’s not so much riding to the rescue here of girls, as boys. 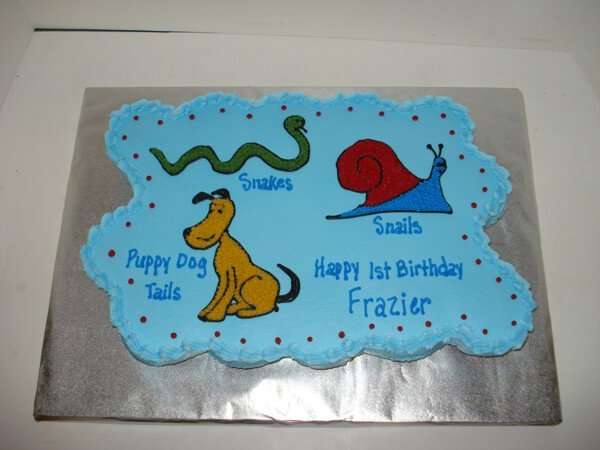 The biggest losers as a result of latter-day ‘neurosexism’ aren’t the girls who are discouraged from being physically adventurous by their over-protective mothers, or tacitly persuaded that maths isn’t for them, but the boys who are talked to less than girls, left on their own longer and not expected to be interested in books. We can glean an idea of who is really losing out in the figures which show that boys are falling further and further behind girls at every level of education. It’s not so much that education has been ‘feminised’ as some would have it, it’s that education has been branded ‘not for boys’ by bad science and even worse popularisations of it.

The notion/prejudice that girls are ‘hardwired’ for communication and boys’ for aggression is doubtless very unfair indeed to girls – but it’s downright abusive for boys. Our assumptions that boys as a ‘species’ are ‘naturally’ much less empathetic than girls, less social, less literate, less sensitive – less ‘human’ in other words – are a self-fulfilling prophecy/nightmare.  Snips and snails…. Boys are, in effect, being ‘hardwired’ into failure by adult prejudice – and scientific hogwash.

Neuroscience has ended up saying some very strange, very damaging things about boys. Leading neuroscientist Simon Baron-Cohen (yes, he’s the cousin of the other one) actually argues that autism is ‘an extreme form of maleness’, caused by exposure to high levels of prenatal testosterone. Put another way, he’s in effect arguing that ‘normal’ maleness is a mild form of autism (rather like most of the novels of Nick Hornby). Dr Eliot does a particularly nifty job of dispatching this argument, concluding that far from being some kind of excess of maleness, we still just don’t know what causes autism.

But my favourite part of the book was this anecdote, used to illustrate how five-year-olds tend to define and enforce gender in a manner entirely consistent with the ‘What Are Little Boys Made Of?’ nursery rhyme:

Psychologist Sandra Bem cites a perfect example of such gender-defining stereotypes in the experience of her own son, Jeremy. She and her husband had gone to great lengths to raise their two children in a gender-neutral way, so when Jeremy announced one day that he wanted to wear hair slides to nursery school, she simply put them in his hair and let him go.  Expecting him to be teased, she was surprised that he said nothing about it when he came home that day. Later, however, she learned from his teacher that Jeremy had indeed been hounded by on boy, who kept asserting that Jeremy must be a girl “because only girls wear hair slides.”

“No,” Professor Bem’s well-taught son had countered, going on to insist that he was indeed a boy because he had “ a penis and testicles.”  To prove the point, Jeremy even pulled down his trousers.

But the other boy was not persuaded and replied: “Everyone has a penis; only girls wear hair slides.”

Given what Dr Eliot reports here about many of her colleague’s work, it’s difficult not to conclude that the ‘only girls wear hair slides’ bossy little boy is going to grow up to be a neuroscientist.

The First Elvis Has Left The Building