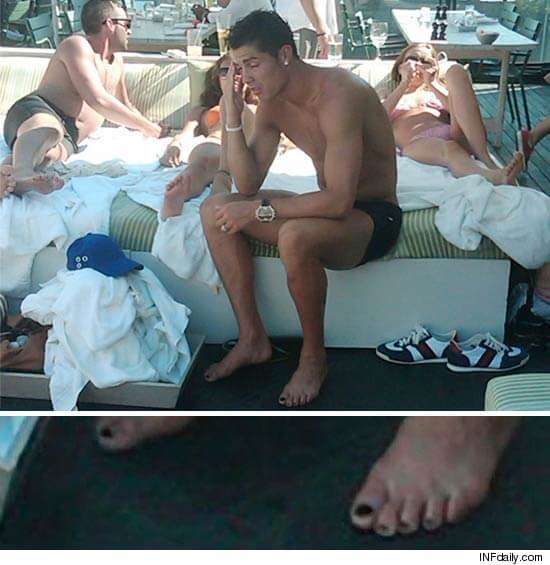 Cristiano Ronaldo’s latest fashion foible, painted toe-nails has provoked the usual bitchy, mocking response that is attached to anything Ronaldo in the Anglo media. Despite – or perhaps because of – the way they seem to regard him as a sure-fire way of selling newspapers.

The announcement of the birth of his son by a surrogate mother last week also presented another opportunity to give him a good kicking. Some, like Celia Walden in The Telegraph, really going overboard in the expression of their tainted, twisted love.  It almost makes me regret outing the male narcissism of metrosexuality.  As one of the commenters on the Telegraph website points out, her husband Piers Morgan is everything she complains about in Ronaldo – but untalented and unattractive.  More generally it goes without saying that Ronaldo’s vanity would be considered normal and healthy and worthy of approbation in say, a much less pretty female journalist.

It’s possible, I suppose, that Ronaldo painted his toenails as a riposte to the ‘Twinkletoes’ school playground nickname (Twinkletoes was a fairy, geddit?) given to him by football fans and the tabloids during his stint at Manchester United.  But much more probable he painted his toenails just because he thought it would be fun and might look nice.  Which is an outrage.

Really, it’s no wonder that a year after leaving these shores the UK press continue to love-hate him so.  This boy from a humble Portuguese family is very rich.  He’s famous.  He’s fabulously talented.  He’s young. He’s absurdly good looking.  And he doesn’t owe anyone anything. Worst of all, he knows it and doesn’t bother to hide this knowledge. And he thinks nothing of painting his toenails because he feels like it, rather than because Esquire magazine told him to. Yes, he’s a spoilt child, but then – so are the gods.

Here are a couple of other recently snapped photos which may help explain the jealousy mere mortals feel towards him.   (And let me assure you most people working in journalism are very mortal indeed – inwardly and outwardly.) 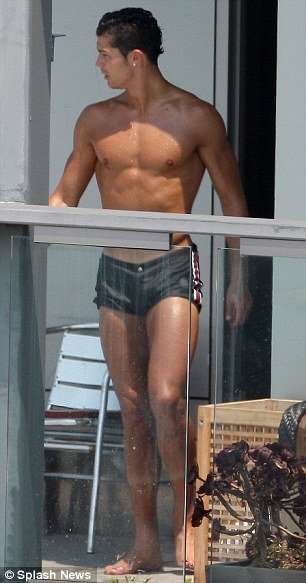 Reasons to Be Cheerful, presented by Jake Arnott