Respectability is the New Closet 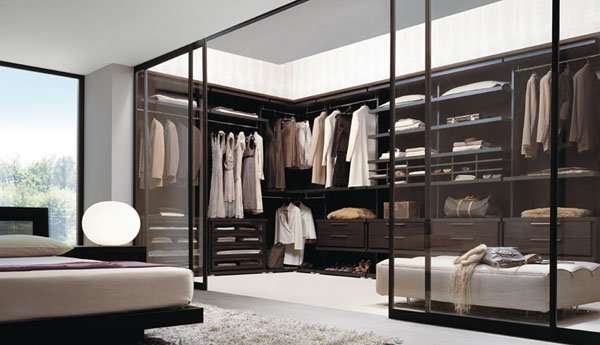 ‘The more things a man is ashamed of’, wrote George Bernard Shaw, ‘the more respectable he is.’ Gays must now be terribly respectable since, forty years on from the Stonewall riots started by drag queens, hustlers and homeless youths high on drugs – outsiders with nothing to lose – gays have moved up in the world, become middle-aged and promptly found plenty of things to be ashamed of.

Like all arrivistes, and like Shaw’s most famous creation Eliza Doolittle, they’re particularly ashamed of their past.

Stonewall itself was recently ‘upgraded’ to ‘Stonewall 2.0′ – the name given the current wave of gay marriage activism. Which is a bit like updating ‘Querelle’ into ‘Little House on the Prairie’. Meanwhile, gays are now so ashamed of their dead heroes they dig them up and assassinate them all over again. The gay-adored, gay scripted, gay directed film ‘Milk’ was so popular precisely because it bumped off the actual historical Harvey Milk and his shamefully shameless sex-life, unloading a revolver of revisionism into his chicken-hawk head, replacing him with a serially-monogamous imposter who used to be cute and married to Madonna.

‘Milk’ also replaced the promiscuous, bathhouse-happy 1970s San Francisco that Milk eagerly embraced – and shagged silly – with something much more real-estate agent. Scripted by a gay Mormon, San Francisco looks less like 70s answer to Sodom and Gomorrah than a gayted community for Gap wearing gay couples. No wonder Lance Black mentioned marriage and God more than once in an Oscar acceptance speech that had more uplift than even his decorous hairdo.

In the Twenty First century, respectability is fast shaping up to be the New Closet. Or The Closet 2.0, if you like annoying software references. And the custodians of the New Closet are not paddy-wagons and queer-bashers, but gays themselves, itching to conform to standards of hypocrisy more and more straight people are abandoning. As a result, we can look forwards to many more outings such as that of Sam Adams, mayor of Portland, Oregon, once dubbed ‘The New Harvey Milk’, who repeatedly denied rumours of an affair with a teenager, denouncing them as scurrilous lies playing to base stereotypes of predatory homosexuals, but was recently forced to admit that, erm, they weren’t scurrilous after all. Or in fact, lies.

In their headlong pursuit of respectability – and let’s not pretend that marriage privileges are not at least as much about respectability as about equality – most gays that aren’t ‘cult’ writers like Bruce Benderson or Michael Warner seem to have forgotten that gay sex isn’t terribly respectable, and that it never will be no matter how much you talk up gay domesticity. Unless you plan on making medical history with a successful womb transplant, gay male sex is always going to be improper, inappropriate, non-procreative sex-for-sex’s sake rather than the Pope’s, Uncle Sam’s or Mothercare’s. And that is, if you’re honest, probably part of the reason why you enjoy it.

Even the word ‘gay’, now invested with so much golf-club decorum by social-climbing sodomites, doesn’t have a very decorous history. Despite the complaints of retired colonels about homos hijacking their favourite word, gay’s original meaning of ‘joyful’ and ‘carefree’ was pretty much an antonym for respectable. Which may be why in the 17th Century a ‘gay woman’ was a prostitute, a ‘gay man’ a womanizer, and a ‘gay house’ a brothel. In the early 20th Century, even before it commonly became associated with homosexuality, ‘gay’ meant ‘single’ and ‘unattached’ – ‘straight’ meant ‘married’ and ‘respectable’. In the Twenty First Century those meanings have of course been reversed.

Perhaps it shouldn’t be so surprising that gays turned out to be like everyone else – given the chance, they’ve grabbed any propriety they can lay their hands on and with it their chance to look down on others (‘Miss California those topless photos are a scandal and an outrage! Hand your crown back immediately, you hussy!‘). After all, like the sandal-wearing Shaw, I’m looking down loftily on those who want to be respectable. But really, as a Stonewall drag queen might have put it looking around the gay world today, smell her!

Ironically – or e-ronically – it’s the unlimited, anonymous sluttiness of the net that helps sustain the New Closet. Now gay men can move to the suburbs with their partner, present a front of monogamous chastity to the world, but also have discreet sex outside their relationship without having to access the urban gay scene, or even cruise draughty parks and rest stops. For quite a few gay men Manhunt and Gaydar take on the role prostitution played with the Victorian gentlemen of Shaw’s era: a disreputable institution they strongly disapprove of that makes their own respectability possible. (I know I’m not supposed to talk about this in public, but oops, I just have.)

Respectability is not to be sneered at, though. It can change history. It’s probably just a matter of time before the date of Stonewall is itself revised to 1968 or 1970. After all, 1969 plays far too easily into straight prejudices about gays being obsessed with perverse sex….

We Loved You Really, Ronaldo

Gore Vidal Turns Off The Lights on the American Dream