You Senseless Things: The Stones Speak 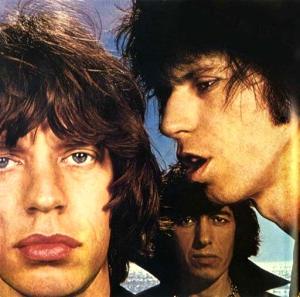 ‘I refer to certain objects of no use to farmers,” said Judge Block, speaking at the Horsham Ploughing and Agricultural Society’s annual dinner in 1967 (a wild affair, no doubt). “I may say they are of no use to man or beast, unless they are otherwise dealt with by being ground very small to surface roads or being cut down in size for other uses. I refer to the stones. I looked up what Shakespeare had to say about these things, and in Julius Caesar I found, ‘You blocks, you stones, you worse than senseless things.'”

Judge Block had presided over Mick Jagger and Keith Richards’ first but certainly not last drugs court case that summer. Perhaps because of his apposite surname, he was right in his judgement about the Stones but so wrong in his sentence and valuation of them that he will always be remembered as a silly old git.

It’s one of the conundrums of the Rolling Stones that it is impossible to work out whether their lack of anything much to say is their greatest strength or the greatest weakness. Certainly their intellectual and emotional anomie has helped them stay unfeasibly cool for most of the last four decades, especially in the last few years. It’s as if the insolent, senseless things ground and cut down not just blockish judges but the entire culture to size and turned it into merely a royal road for their bandwagoning career. Watching footage of them from the mid-Sixties today the most shocking thing about them is how modern they look; how much the world around them has changed and how little they have.

Hence one of the more charming aspects of Mark Paytress’s The Rolling Stones Off the Record (Omnibus), a chronological history of the Stones in the form of a collection of quotes by and about the band from the early Sixties to the early Noughties, is that “the unprecedented, incontestable, inexhaustible purveyors of spontaneous combustion The Rollin’ Stones” (as an early small ad in Melody Maker described them) themselves are, on paper, rather tedious. Even in their rebellious heyday of the Sixties, in which they became the definitive rock ‘n’ roll band and also, as a careless afterthought, invented glam, punk and pop promos, they appear surprisingly lacking in insight or interest either in their own phenomenon or the world they have forced to fellate them – and who thanks them for the privilege.

Like judge Block, the squarest bit-players in the narrative of the Stones have the most interesting and prescient things to say here. Michael Jagger’s headmaster at Dartford Grammar wrote a school report in 1960 which turned out to be a prophecy of what was in store for us all for the next 40 years: “Jagger is a lad of good general character though he has been rather slow to mature. The pleasing quality which is now emerging is that of persistence when he makes up his mind to tackle something… he is interested in Camping, Climbing, Canoeing and Music.” Sir Michael Jagger would persist into the 21st century in his musical camping, social climbing and sexual canoeing. 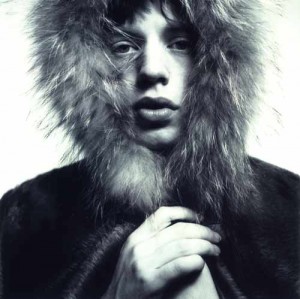 You can’t get much squarer than mothers, and Mrs Eva Jagger knew a thing or two about her son: “He was a very adventurous boy when he was younger, but then later he became interested in money. It always struck us as odd. Money doesn’t usually interest little boys, but it did Mike. He didn’t want to be a pilot or an engine driver – he wanted a lot of money!” (Michael studied accountancy at the LSE until he hit on another, much better, way of getting his hands on lots of dough.)

Refreshingly, mothers don’t have much invested in feeding the rock ‘n’ roll myth. Mrs Doris Richards: “With six aunts he [Keith] was a bit spoiled… He was a bit of a mother’s boy really. When he started school, he used to get panic-stricken if I wasn’t there waiting for him when they all came out.” When Keith claims that “rock ‘n’ roll got me into being one of the boys. Before that I just got me ass kicked all over the place,” Doris hilariously corrects him: “Actually, he was too sensitive to be a Ted.”

Mrs Kathleen Perks (mother of Bill Wyman): “I can’t remember him ever losing his temper. We found out later that when something annoyed Bill, he would go up to his bedroom and read the Bible. He was closely connected with our local church, and a member of the choir for 10 years.”

Sometimes prescience can border on tragicomedy. Miss Louisa Jones, mother of Brian Jones: “When he was 12 Brian joined the school orchestra and learned clarinet… one thing he really excelled at was diving, although he wasn’t particularly interested in swimming itself.” Jones was to drown in his own swimming pool in 1969 shortly after leaving the group, disillusioned.

Brian Jones was the nearest thing the Stones had to an intellectual, which of course was why he had to go. Like Richey Edwards of the Manic Street Preachers, he was the band’s founder, ideologue and bad conscience. In 1964 he offered the Evening Standard an extremely sharp analysis of why the Stones provoked “gibbering rage” among so many adult males: “They seem to have a sort of personal anxiety because we are getting away with something they never dared to do. It’s a sexual, personal, vain thing. They’d always been taught that being masculine meant looking clean, cropped and ugly.”

The Stones’ UK TV debut provoked a bulging mailbag: “The whole lot of you should be given a good bath,” wrote one apoplectic viewer, “then all that hair should be cut off. I’m not against pop music when it’s sung by a nice clean boy like Cliff Richard, but you are a disgrace. Your filthy appearance is likely to corrupt teenagers all over the country.” This assessment proved to be entirely correct.

Jones had a clear understanding of the cultural importance of the Stones and the revolution – inversion, in fact – of social values they represented. “Our real followers have moved on with us – some of those we like most are the hippies in NY, but nearly all of them think like us and are questioning some of the basic immoralities which are tolerated in present-day society: the war in Vietnam, persecution of homosexuals, illegality of abortion and drug taking. All these things are immoral. We are making our own statement – they are making more intellectual ones.” Guess who lasted longer?

Marianne Faithfull offers the most interesting emotional insight: “The day I was introduced to them I thought to myself, ‘What a shame.’ I didn’t feel a thing except sorrow for the Stones.” Of course, this proved near-fatal for Marianne who was sucked into their senseless, sensual world. (According to Tom Driberg, W H Auden sidled up to Marianne Faithfull and blurted: “When you’re smuggling drugs, d’you pack them up your arse?”)

Mick Jagger offstage has not really been able to articulate the spellbinding, Satanic personality that could be seen onstage; he is no Morrisseyan wit. He certainly had his moments though. In 1964, when the Stones appeared on Dean Martin’s TV show, Hollywood Palace, Martin sent them up with some cheap scripted gags: “Their hair is not that long. It’s just smaller foreheads and higher eyebrows…”. Jagger retorted: “It’s nice to have you on our show, Mr Martin.” 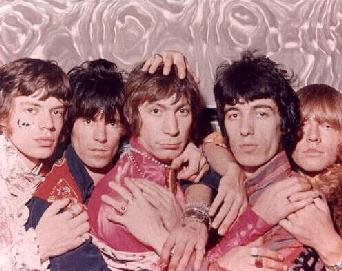 He has denied however that he feels any disappointment that he isn’t regarded as an intellectual. “It’s very nice to be just a body,” he said in 1978. “I feel like a stripper when I go on stage. I have a great sympathy for girls that are sex objects. There’s nothing more sleazy than an old stripper!”

Certainly it’s a cunning strategy. Asked how he had managed to do the same Mick Jagger act for so many years: “It’s a very English approach. We were brought up to believe that everything you do is a joke, that you’re only an amateur and you don’t ever claim to be any good at it. And that if you do get success, it’s only by luck.” A shrewd formula for surviving British resentment.

Hence his impatience with seriousness. On the Falklands War: “It’s really none of my business.” On The Smiths’ album Meat is Murder going straight to No 1: “I’m not sure I wanna hear a whole album about meat.” On his abandoned biography: “It was just boring trying to remember everything. It was just… ‘Euchhh’.” Arguably Jagger’s most famous and telling line is the one delivered to a protesting East London petrol station attendant in the early hours of the morning: “We’ll piss anywhere, man.”

But the last word should be left to Keith Richards, original punk rocker and probably the “real” Stone: “We certainly didn’t wanna be rock ‘n’ roll stars. That was just too tacky.”

(Originally appeared in the Independent on Sunday, 21 September 2003)