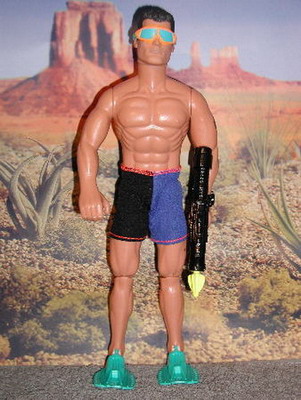 ‘Roids may sound as Eighties as Cher’s black-lace bodice. But they’re baaak, even bigger and bustier than ever.

According to a series of recent reports, steroids, or ‘juice’ or ‘gear’ to the initiated, once an exotic drug of cheating athletes and freaky bodybuilders have entered the mainstream and have become just another lifestyle product for young men: some boys as young as 12 are reportedly taking the drug.

And this despite the frightening possible side-effects meticulously listed in these press reports, including liver, heart and kidney damage, atrophied testicles, erectile dysfunction, depression and raised aggression. (Though, arguably, you could also experience most of these simply by following Arsenal FC.)

The key to this mainstreaming of steroids is vanity. If you want to get into people’s bloodstream these days, promise to make them like what they see in the smoke-glass gym-mirror. According to the surveys, the large majority of young men using the gear are not doing so to be stronger or faster or scarier – all traditionally acceptable ‘masculine’ ambitions – but rather to look more attractive. To look shaggable. Or just make you look.

In other words, young men are taking steroids the way that many gay party boys have taken them for years: to look good on the beach or dance floor or webcam. ‘Muscle Marys’ – as they’re called by envious, less-muscular gays – are apparently no longer a strictly gay phenomenon. Muscle Marys are where masculinity is at, Mary.

It shouldn’t be so surprising. We don’t really need surveys to tell us this. It has, after all, happened right before our eyes. It’s the media that has mainlined steroids into the culture and our kids. Unlike, say, very skinny girls, very muscular boys are very popular. An anti ‘Size Hero’ campaign like that we’ve seen against Size Zero is somewhat unlikely. Steroids are an essential, prescribed even, part of the way that the male body has been farmed and packaged for our consumption since it was laid off at the factory and the shipyard in the 1980s.

A generation of young males have been reared on irresistibly – and frequently chemically – lean and muscular images of the male body in sport, advertising, magazines, movies and telly, even in the cartoons they watch and the computer games or toy dolls (or ‘action figures’) they play with. It seems all that’s left of masculinity in a post industrial, post paternal world, apart from a science-fiction-sized penis, or a right foot good enough to get you into the Premier League, is a hot bod. Men and women – but especially men – will give you kudos for that. So will people casting reality TV series.

Even Action Man (GI Joe in the US) is now a Muscle Mary. Perhaps because he’s only twelve inches tall, Action Man seems to have been hitting the ‘juice’ big time. He’s also got himself a nice deep all-over tan – to better show off his pumped muscles.

Since the 1960s his bicep measurements have more than doubled from a (scaled up) 12″ to 27″ and his chest from 44″ to 55″. His current ‘cut’ physique would be rather difficult to achieve just by eating corned-beef hash rations – especially since, as far as I’m aware, a portable plastic gym isn’t yet one of his basic accessories. In an example of life imitating art, or at least squaddies imitating dolls, steroid abuse by soldiers is increasingly common: US soldiers in Iraq have been caught ordering steroids online, and it was recently alleged that a sizeable proportion of Blackwater mercenaries are on ‘the gear’.

Muscle Marys aren’t just for Xmas – they’re also for High Office. Arnold ‘Commando’ Schwarzenegger, seven times Mr Olympia, who has admitted using industrial quantities of steroids since he was in his teens (though denies he takes them now) is today the walk-on-water Green Governator of California and Republican inspiration to David Cameron – after a successful Hollywood movie career playing an under-dressed heavily-muscled male masseur pretending to be an action hero. Quite an achievement when just walking without painful chafing must have been difficult.

Partly because of Arnie’s 80s ‘special effects’, Muscle Marys are de rigeur in the movies today – even in middle-age. The ageing star of a recent epic blockbuster whose career has largely been built on his six-pack was widely rumoured to have been on so much ‘gear’ trying to look ‘invincible’ that he frequently had to be stretchered off the set at the end of the day, poor love. Meanwhile ‘Comeback Kid’ Sylvester ‘Rocky’ Stallone (aged 60) was caught by Australian customs with several vials of his comeback secret earlier this year.

The ailing James Bond franchise successfully re-launched Bond and made him more attractive to younger viewers by reincarnating him in the pneumatic form of Daniel Craig – Bond became his own big-chested Bond Girl – and last year’s smash hit film ‘300′ featured ‘Spartans’ who looked less like ancient warriors than Muscle Marys at a Toga Party. Or the “juiced-up” professional wrestlers in Speedos that so many boys today have on their bedroom walls.

WWE wrestler Chris Benoit’s recent murder-suicide of his wife and child and intense media speculation about whether it was steroid-related (steroids were found at his house and his post mortem testosterone level was ten times normal) has caused a major scandal in the US. But it has been as obvious for many years that most of these guys were sprinkling more than sugar on their Cocoa Pops (and Benoit was actually relatively scrawny compared to some wrestlers).

That’s, after all, what people were looking at. What they were paying to see. Pro wrestling is showbusiness, and steroids are the business – at least when it comes to making spectacular bodies.

As a result of this and other recent steroid scandals in American football and baseball – including at High School level – a panic has emerged about the use of steroids by US athletes. But this has tended to obscure how mainstream steroids already are in the US and how, as in the UK, they’re principally (ab)used by non-athletes (only 6% of users played sports or considered themselves bodybuilders).

In the UK there have been calls to ban the sale of steroids online, crackdown harder on gyms selling them and educate young people about the dangers. Well, everyone is in favour of education, and no one is in favour of teens using steroids, but it’s unlikely that any of this will seriously reverse the Muscle Mary/Size Hero trend.

Steroids can’t be uninvented – or filtered out from the culture’s bloodstream. They’ve already changed the shape of masculinity. What’s more, unlike most if not all of the expensive supplements advertised in FHM, Men’s Health and Nuts as ‘muscle-builders’ and ‘fat-burners’, they actually work. And I know whereof I speak: I dabbled with the ‘juice’ myself as a callow youth. They certainly did what they said on the tin: I only stopped because they made me even spottier and angrier than I already was.

In an age when what’s authentically masculine is unclear, but what’s hot is as in-yer-face as a nice pair of pecs, injecting synthetic manliness, despite the possible risks to your actual man-bits, is not going out of fashion anytime soon. The only effective way to discourage their use will be to come up with a new generation of muscle-building drugs that work as well as steroids but have fewer side-effects. I’d certainly take them.

Steroids are the metrosexual hormone – they make men saleable and shaggable in an age that doesn’t have much idea what else to do with them.