Ricky Hatton: ‘I have a fantastic bum’ 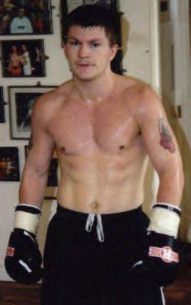 ‘Pretty Boy’ Mayweather was in the news last week for saying to Ricky: ‘I wish I was in prison with you. I’d make you my bitch.’

‘Having another boxer threatening to do that to me is a first,’ Ricky admitted to the Sun. ‘But’ he said (I’m guessing with a twinkle in his eye), ‘I’d like to think I have got a fantastic bum.’

From where I’m standing, Ricky, it looks like you have. And you can trust me – I’m an expert. 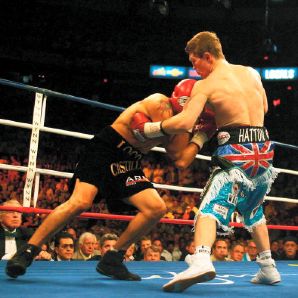 But, given the infuriating bagginess of the boxing shorts you like to wear (which appear to have been made with some of your nan’s spare tasselled curtains), just to confirm how fantastic it is I think a closer inspection – and a road-test – is required.

And there’s no need to worry: we don’t have to go to prison. You could just come back to mine.

PS  To those writing in to tell me that Ricky’s ‘no David Beckham’, or that he’s ‘really fat’ most of the time, or that he’s ‘ugly’, please note: I’m not claiming Ricky is of major socio-cultural importance or a ‘sex god’. I just fancy him.  Here’s one, sorry, two reasons why.