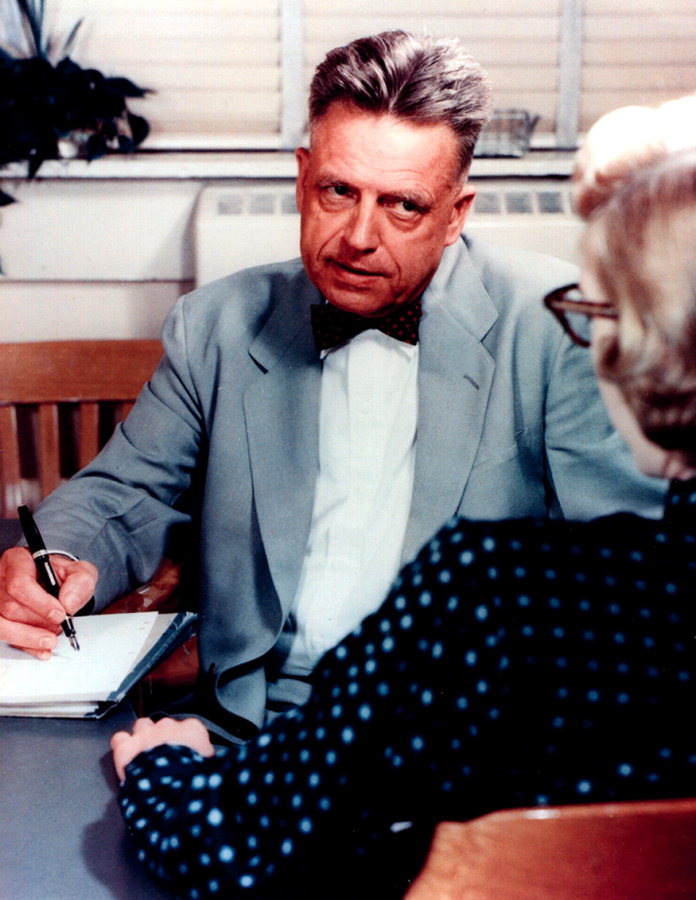 (Originally appeared in The Independent on Sunday, 1997 and collected in Sex Terror)

Growing up in the 1970s, frustrated and bored with waiting for someone to invent the Internet, I got my teenage kicks at the Central Library.

Dropping in on my way home from school, I would furtively rummage through the dusty sociology section looking up dirty words, especially ‘homosexuality’ and ‘penis’. (Blissfully unaware that in the gents both these abstract ideas were freely and really available). One of the most fertile resources for my highly subjective researches was ‘Sexual Behaviour in the Human Male’ by a Dr Kinsey (1948).

According to the sensational biography by James H Jones, Alfred C. Kinsey-A Public/Private Life, published last year to scandalised uproar, the Good Doctor’s interest in these words was less academic than mine. Apparently he was ‘a homosexual’, driven by personal demons, who cruised parks, bars, cinemas and public lavatories and frequently had sex with the men he interviewed. In other words, the Good Doctor was a pervert and his research was to be handled with rubber gloves.

Gathorne-Hardy’s Sex the Measure of All Things: A Life of Alfred Kinsey aims to liberate Kinsey from the nonce-wing of sexology by refuting Jones’ reductive approach to his sexuality, arguing that he was as complex as his subject-matter, that the sex-pioneer from Indiana was a living testament to the value of his own refusal to countenance that there was such a thing as ‘a homosexual’; there were only homosexual or heterosexual acts. On Kinsey’s famous 0-6 scale, where 0=exclusively heterosexual behaviour, 3=equally homosexual and heterosexual behaviour, and 6=exclusively homosexual (and 7=Harvey Fierstein), Kinsey moved in his own lifetime from a Kinsey 0 to a Kinsey 4.

Gathorne-Hardy argues persuasively that Kinsey’s bisexuality and pro-active approach was actually a help rather than a hindrance in his research, contrasting it with that of the ‘blue rinse’ brigade who conducted the research for a recent American sex survey. (As one respondent put it succinctly: ‘I’m not gonna tell someone who reminds me of my mom that I suck cock.’)

Gathorne-Hardy also demonstrates why Kinsey’s data, despite all the statistical brickbats hurled at it, is probably still more accurate than any gathered since. Recent sex surveys both here and in the US have sneered at Kinsey’s failure to ‘random sample’. But the trouble with random sampling in regard to these sex surveys is that it isn’t random. Around 30% of people randomly selected in the recent mammoth British sex survey refused to take part. In contrast, over a quarter of Kinsey’s data was garnered from 100% responses from the Universities, factories and associations he visited. Even when you remove the so-called ‘dirty data’ of prisons and homosexual groups, this has little or no effect on the findings that most people who attack Kinsey today are concerned with — that more than a third of all adult American males admitted experiencing sexual contact with another male ‘to orgasm’.

And yet one can’t help feeling that Gathorne-Hardy should have spent less time refuting Jones and more time reading Foucault, whom along with Freud he has no time for. Gathorne-Hardy, like his behaviourist subject, is allergic to theory. But this fetishism of facts, refreshing as it was in a 1940s sexologist, is simply frustrating in a 1990s biographer. What is most interesting about Kinsey is what is omitted here.

Beck, a pioneering sex researcher was examining a woman for a collapsed uterus. Her cervix was clearly visible through her labia and he was about to probe here when she told him to be careful: if he touched her she would almost certainly have an orgasm. ‘Beck suddenly realised he might have a chance to see the female orgasm in action. He ignored her and… “swept my finger three or four times across the space between the cervix and the pubic arch, when almost immediate orgasm occurred…”.’

Foucault may have been too ready to play the French phoney, but I can hardly think of a single historical figure more deserving of a Foucauldian hermeneutic than Kinsey. Everything is there: the confessional, the integration of power, knowledge and sex, observation as a form of control. Kinsey even insisted that his male assistants have sex with him, arguing that it would help them with their homosexual interviews. If they objected this was taken as proof of how much they needed to have sex with Kinsey to overcome their inhibitions (judging by the plates of some of his young, beefy assistants, I can’t help feeling it’s an argument that I would have used too).

Of course, it doesn’t take a Foucault to see that the thousands of in-depth sex interviews that Kinsey conducted could themselves be interpreted as a form of sex, (even if you didn’t know about his habit of measuring his male interviewees erections). One indignant NY hotelier famously made the connection. Fed up with the constant stream of disreputable types of men lining up in his foyer to be interviewed by Kinsey who was lodged in one of his rooms at the time, he turfed the Doctor out shouting, ‘I WILL NOT HAVE YOU UNDRESSING PEOPLE’S MINDS IN MY HOTEL!’

Kinsey started a trend that has become unstoppable. Nowadays any sex surveyor has to begin their interviewer with the question, ‘When was the first time you were interviewed about your sex life?’ Kinsey’s sexual liberationist approach has become mainstream. Turn on the television, open a newspaper and be confronted with another ‘sex survey’ or new series claiming to ‘uncover the secret of sex’. Even Republicans are at it. Kenneth Starr, the right-wing Kinsey, conducts an investigation into sexual behaviour even more ambitious and more famous than Doctor Sex’s. Relentlessly making the private public in the name of the public good, he aggressively pursues evidence of extra-marital, extra-vaginal sexual activity.

And you can be sure than when Mr Starr extracted a confession of oro-genital contact from the President of the United States himself he had no doubts about the relationship of knowledge to power. (Interestingly, like Clinton, 40% Kinsey’s respondents didn’t consider oro-genital contact as ‘sex’).

However, there is a huge irony here. Kinsey’s ambition to demolish the category of ‘the homosexual’ by revealing the common-ness of homosexual acts has not been realised. Instead, homosexuality is in some senses even more ghettoised than in the 1940s. Male-male activity, precisely because it is more visible, is probably less common these days. Knowledge about ‘sexuality’ of itself changes the meaning and practise of what people do with their bodies. In Kinsey’s day it wasn’t queer unless you were taking it or weren’t ‘tied to the pier’ (as sailors used to say); nowadays any sexual contact between males is ‘gay’.

But, despite some admirably thorough leg-work and some astute observations, you won’t find these points discussed by Gathorne-Hardy. He’s too busy using Kinsey as a behaviourist battering ram against theory, psychoanalysis and religion. The end result is that Kinsey himself is lost in the noise of liberal partisan warfare.

Gathorne-Hardy repeatedly cites Richard Webster’s ‘Why Freud Was Wrong’ like some kind of charm warding off evil spirits and refuses to seriously discuss Kinsey’s unconscious life because he doesn’t want to give credence to Jones’ idea that Kinsey was ‘pursued by demons.’ But Kinsey himself confided to a friend that he was afraid of psychoanalysts, apparently he had a feeling that they could divine his ‘innermost and most secret thoughts’.

Whether or not Kinsey might have benefited from some psychoanalysis is difficult to say, but this biography probably would. Kinsey was himself the best example of the limits of sexual liberationism. He died an unhappy, broken, impotent man in 1957, aged 63. According to Gahorne-Hardy, this was due to overwork and the result of the triumph of the reactionary forces that “cut off” Kinsey’s funding. But perhaps it may also have had something to do with Kinsey’s own driven, controlling nature and his masochistic tendencies – later in life he liked to suspend himself from the ceiling by his scrotum, and he announced to a surprised friend that he had recently circumcised himself in the bath.

Kinsey and Gathorne-Hardy may not have had much time for theories about the super-ego, but it looks as if an especially punitive one had plenty of time for Kinsey.

Frederick The Great: a soldier king with some dodgy fans