Time to retire the teen? 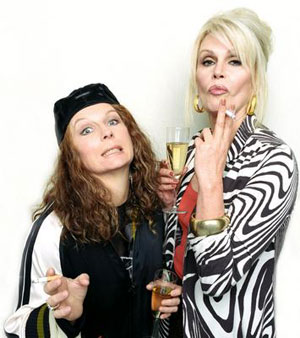 Of all the terrifying new weapons developed in the Second World War and unleashed upon an unsuspecting planet, the teenager was by far the most powerful. The supersonic shockwave of Fat Man and Little Boy was as nothing compared to that caused by dropping the teenager on Japan, Italy and Germany after their surrender – or Britain after her victory. American post-war global hegemony was guaranteed not by the Bomb but by the Teen.

Forget the Nuclear Age; the second half of the 20th century was the Teen Age.

Like the bomb, the teenager was an American invention. The Cold War might have turned out very differently if, instead of Los Alamos, Soviet spies had been installed at the offices of Seventeen magazine. Launched in a booming USA on the brink of global victory in 1944, the same year as the word “teenager” was coined, Seventeen was aimed at the consumer queens of tomorrow with disposable income to spend today. “Seventeen is your magazine, High School Girls of America – all yours!” proclaimed the first issue. “It is interested only in you – and everything that concerns, excites, annoys, pleases or perplexes you…” Features on Harry James, Frank Sinatra, a Hollywood gossip column, record reviews, a “First Date Quiz” and a regular slot called “Why Don’t Parents Grow Up?” did their best to prove it.

We’re all self-centred, celeb-struck American high school girls now (I certainly am). No one, least of all parents, is in danger of growing up. The dominant “adult” culture is teenage, and Seventeen’s 1940s editorial policy has been adopted by national newspapers. We all expect – nay, demand! – to be addressed intimately by a mass consumerism that is only interested in that wonderful unique thing that is YOU – and everything that concerns, excites, pleases or perplexes YOU.

Teenitis, or deliberately, profitably arrested development, is the modern sensibility. In the doom-laden words of the curmudgeonly German Marxist Theodor Adorno, who fled Nazi Germany and found himself in 1940s Los Angeles, the satanic laboratory of consumerism: “All will be provided for, so that none may escape.”

The teenager was perhaps the first subject to be created almost entirely by marketing. Little wonder that in a post-war world built on the ruins of fascism and out of the American Dream of marketing and consumption (the Marshall Plan didn’t just fight the spread of Communism, it provided the US with vital markets for its consumer goods), the teenager became the master race. But if we’re all teenage now, is anyone a teenager any more? Particularly young people? Perhaps the teenager, at 63 years, is pushing retirement? Is there in fact anything “hot” or “cool” or even interesting, let alone rebellious, about teenagers any more?

Professor of Punk Jon Savage, perhaps wisely, doesn’t directly ask or address these questions in his scholarly new book on youthful excess, Teenage: the creation of youth 1875-1945 (Chatto), but proffers an answer of sorts by offering a history of the Teen Age not from 1945 to the present day, but from the late 19th century to 1945. Maybe it’s merely a way of allowing for another two or three volumes, but it seems to suggest that you now have to dig deep into the past to unearth something… alive. Savage claims convincingly enough in his introduction that while the teenage may have been a product invented in 1944, he/she was in development for at least half a century before that and that this is what his book aims to profile.

Savage begins with the 1870s teen Adam and Eve, Marie Bashkirtseff and Jesse Pomeroy. Marie Bashkirtseff was a dreamy 16-year-old girl in Nice whose blog-like diaries detailing her daily hopes and fears (before her youthful death) gained her world fame. Jesse Pomeroy of Massachusetts (whose plate looks alarmingly like Robbie Williams) gained fame aged 15 by killing and mutilating several young boys (a proto-Cho, though without semi-automatics and Quicktime). Savage, as befits his own punk moniker, argues that youth is about the eruption of the hormonal Id into the repressed adult world: “Bashkirtseff and Pomeroy symbolised the twin poles of youth: genius or monster, creator or destroyer of worlds… At stake was the future; would it be dream or nightmare, heaven or hell?”

This is also the question you find yourself asking of the huge 576 page volume in your hands. Along with, how much older will I be when I’ve finished it? Perhaps it’s another sign of my own incurable teenitis, but Savage’s book drags for much of the first half like a triple history class on a hot summer’s day, and doesn’t pick up speed, or open the classroom windows, until between the wars when the first “modern” kind of youth culture begins to emerge, with drink, drugs, sex, flappers and frantic dancing. Savage consummately conjures up a pre-1945 world of youth culture and mass hysteria that is both fresh and familiar, exciting and vaguely annoying, robbing us as it does of our own sense of specialness.

It’s a world where swing “raves” attract ecstatic crowds of thousands, where 80,000 inconsolate men dressed as dandy sheiks and starlet-styled women mob Valentino’s pretty young corpse in New York. A world of pitched battles between American servicemen and the Mexican-American Zoot-Suiters in the 1940s, and, most terrifying of all, gangs of “Khaki-Whacky” 14-year-old hussies trawling down the street arm in arm, breaking for civilians, but ensnaring any male in uniform.

The Second World War provides the global climax for this book, portrayed by Savage as a clash between fascism and consumerism, totalitarianism and teenagerdom, Hitler Youth and American youth. We know of course who won, but the Pétain-defying early New Romantic Zazous in France, and the Hitler Youth-baiting activities of the punkish young Edelweiss Pirates in Nazi Germany, who later linked up with escaped concentration camp inmates and deserters to form an anti-Nazi partisan movement, make for gripping reading, not least because the stakes of this cultural war were so high (13 of the Edelweiss Pirates were hanged in the centre of Cologne).

This book makes it clear that the two world wars of the 20th century exhausted European ideas/ideals of youth. The hedonistic, frivolous, slightly solipsistic New World teenager untroubled by ideology was the perfect antidote to the failure of Old World notions, whether romantic or patriotic, socialistic or fascistic.

However terrifying the destruction wrought by the tantruming tornado of the teenager on Western Civilisation, it was the vital vulgarity of America that saved Europe from its own murderous seriousness.