Toughs, Low-Life, Drag Queens – Genet Was The Daddy of Them All

Mark Simpson on how Jean Genet invented the internet

`I had already wondered what would become of the meeting of a handsome young guard and a handsome young criminal,” wrote Jean Genet in his 1943 debut prison novel, Our Lady of the Flowers, penned while he was himself serving a life sentence as a persistent petty criminal, one that would only end when he received a State Pardon arranged by Jean Cocteau’s lawyer. “I took delight in the following two images: a bloody and moral shock, or a sparkling embrace in a riot of spunk and panting…”.

Well, you would Jean….

But then so would the rest of us, judging by contemporary popular culture’s obsession with bloody moral shock, sticky panting and general low-life passions, whether it’s an episode of the TV prison drama Oz, movies by Guy Ritchie, rap music by Eminem, or surfing for voyeuristic thrills on the net.

It’s well known that Un Chant d’Amour influenced underground film and Queer Cinema directors such as Derek Jarman and Todd Haynes. However, the impact of Chant – and of the Genet sensibility it’s soaked in – goes much further and deeper, and is rather more, shall we say, perverse. In a twist that would no doubt have revolted him, Genet’s marginal sensibility, his outsider love for hoodlums, drag queens and low-life – and most of all, his passion for sweet-and-tender murderous hooligans – has become normal.

Nearly half a century before everyone had a peephole in their bedrooms called the internet, Genet had envisioned a webcam world of alone-ness and voyeurism, mass separation and observation, tedium and fascination. 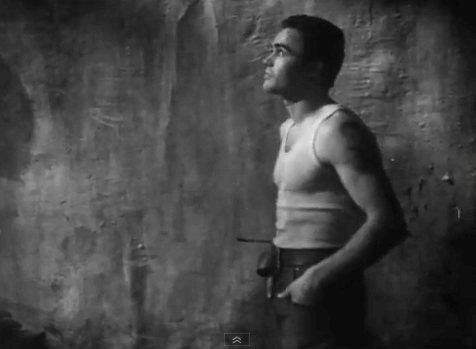 We see an older prisoner knocking on the wall, which is tattooed with graffiti and a huge phallus, trying to attract the attention of his younger neighbour who is seen jazz-waltzing with himself in a dirty vest with a face as tender as it is tough – anticipating by a few years Marlon Brando’s Stanley Kowalski, and by several decades the face that Colin Farrell wishes he had. The lad, as lads must, seems uninterested and continues jazz-waltzing with himself, caressing the tattoo on his shoulder.

The older man, understandably, works himself into a frenzy, hugging and licking the wall, pressing his genitals against it. Finally he lights a cigarette, inserts a straw through a tiny hole, and blows smoke through it into the next cell. The boy studiously ignores this flirtation. The older prisoner withdraws, stubs out the cigarette. And begins the whole process again. 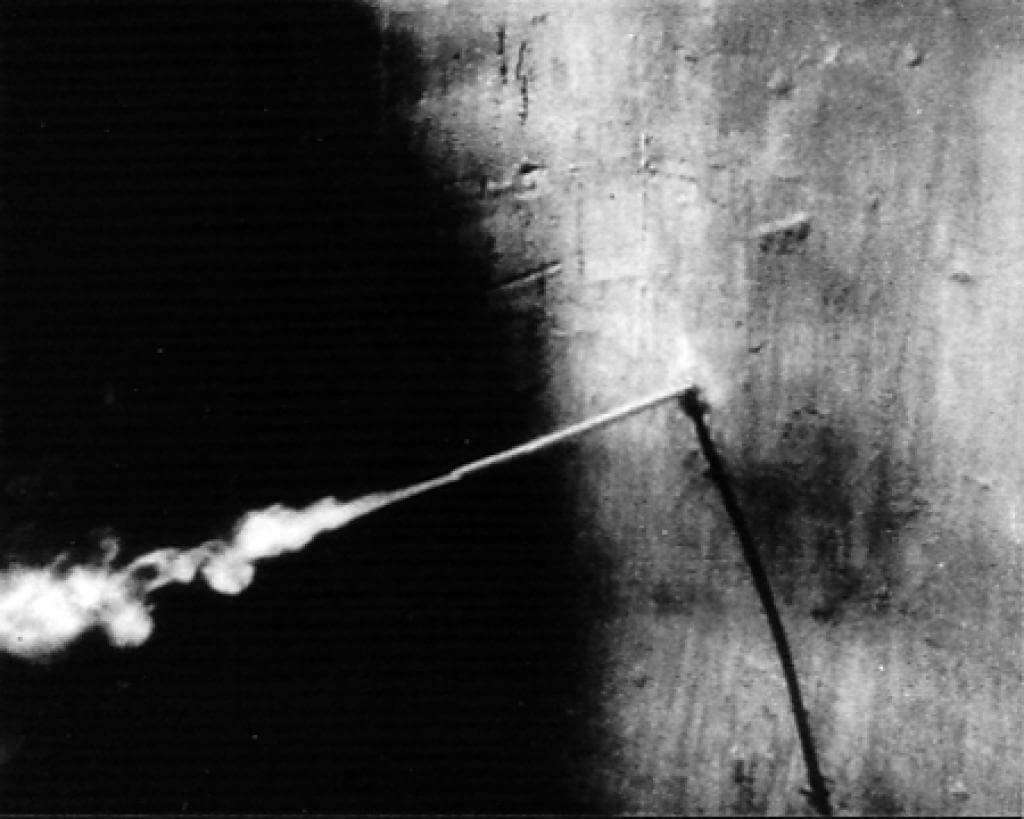 None of the participants in this “gay film” were actors. Nor were any of them homosexual. Lucien Senemaud who played the young convict, was a lover of Genet, but he was also married (his wife didn’t seem to mind the relationship, especially after Genet bought them a house). The older prisoner was played by a Tunisian Montmarte baker and pimp with a family of eight children. In fact, the only true actor in Chant is the erect penis briefly glimpsed striking the wall – reportedly a stunt double belonging to a professional performer.

Authenticity was paramount for Genet, who, unlike most contemporary low- life merchants, was himself the real deal: an orphan raised by the French State who spent most of the first 40 years of his life in homes, borstals and prisons. Guy Ritchie, on the other hand, the “geezer” director who made a great play of the fact that many of the men in his lovingly-shot hoodlum movies were not actors but “real tough guys”, spent most of his youth in public schools and baronial homes. Nonetheless, a spayed version of Genet’s worship of beautiful bastards has become one of the ruling passions of contemporary culture.

The general life-sentence of solitary confinement depicted in Chant is not something that Genet felt great sorrow over. In his last TV interview in 1985, a year before he died, a heroic performance of scornful arrogance, he was asked by his earnest young interviewer, “Do you always feel apart – alone?”

“Does this not distress you?”

“Not at all. What would be distressing would be if there were no distance between me and you!”

In Chant, it’s only as the guard is walking away from the prison that the flowers swung between the windows are finally caught. But the guard, with his back to the prison, doesn’t see it