Tag: This is Us 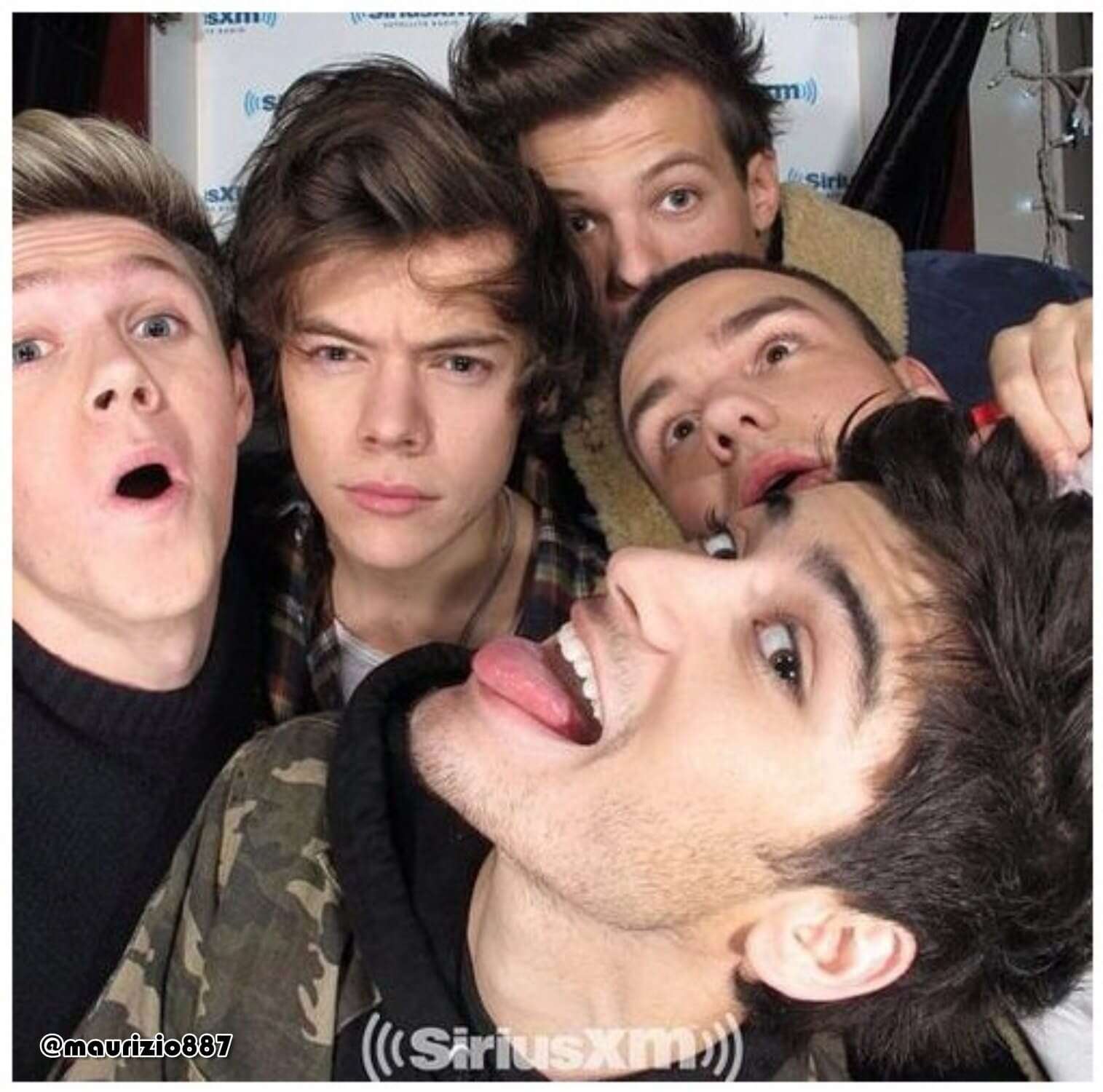 Fame, fame, fatal fame. It can play hideous tricks on the brain.

Last week C4 aired Crazy About One Direction a documentary about ‘Directioners’, febrile fans of the globally – some would say criminally – successful reality TV assembled UK boy band One Direction, or ‘1D’ if you’re typing with your thumbs.

They were all teenage girls. Now, I’m sure there are male Directioners out there (and that would make for an interesting doc in itself), but I reckon many of them would turn out to be quite a bit older than teenagers. In fact, I might be a male fan of 1D – if quite liking ‘What Makes You Beautiful’ and thinking the blond one would make a cute car dashboard gonk counts.

But of course, ‘quite liking’ doesn’t count. At all. Timed to cash in on the cash-in release of This Is Us their remarkably boring-looking band movie this was a TV doc about OMG!!! LOVING!!!!!! 1D. About crayzee teen girl fandom, with beating hearts hovering sweetly, expectantly, menacingly over ‘i’s. About extravagant professions of undying, breathless, pitiless devotion for people you’ve never met – along with not entirely serious threats to top yourself or lop off limbs if they don’t acknowledge you. And hanging around the arse-end of concert stadia for hours and hours on the off-chance of screaming at a blacked out minivan which may or may not contain a member of 1D accelerating away from you.

Not to forget playing all this up for the cameras – something teen girl pop fans have been wise to for generations: e.g. that immortal, always-recycled clip of a girl outside a David Bowie concert in the 1970s sobbing gently and completely unconvincingly to camera about not getting to meet Ziggy – and, when she spots the camera’s attention wandering towards other fans, suddenly crying MUCH LOUDER.

So far, so Bay City Rollers. This doc’s main update on this now very familiar trope seemed to be that thanks to social networking fans can now monitor their idols constantly on Twitter, searching endlessly for clues as to their whereabouts and feeding their imaginary relationship with them. But watching teen girls watching their idols’ Twitter feed waiting impatiently for the next status update which may or may not be posted by a member of Simon Cowell’s PR team isn’t exactly great TV. 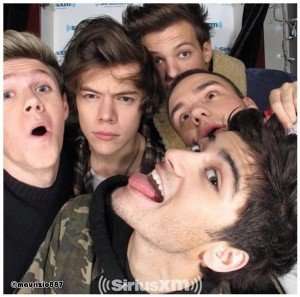 Demented as this kind of fandom may seem in its main professed hope – that the beloved will love you back or even notice you – it isn’t perhaps quite as irrational as it seems. After all, this unreality really brings fans together.

Much was made in the doc of the fact that most of the girls interviewed don’t have boyfriends. But it didn’t bother mentioning the fact that they do have girlfriends. Lots and lots of girlfriends. Who all want to have Harry Styles as their boyfriend. Or at least, enjoy thinking they do. But, of course, the chances of this desire ever being put to the test are rather slim. So everything remains endlessly, exquisitely unconsummated. It’s the perfect romance, really. And it’s part of 1D’s job description to remain always (or for a couple of years or so) available for the fans’ endless yearning – and pursuit. 1D are electric hares at a musical greyhound track run by Simon Cowell, but with fussier hair.

So the fans may or may not be single but are far from lonely because they have everything in common with one another, with the ‘pack’ – shared excitement yes, but most especially delicious disappointment, which is after all what pop music is all about. Though, to be fair, the look on the face of one of the girls when another fan was proudly showing off phone pics of her smugly beaming face next to various indulgent over-moussed 1D chaps accosted in some hotel reception was not exactly what you’d call sisterly. (And the DIE BITCH! tweets some 1D fans like to send to girlfriends of band members,or bomb threats sent to magazines that run interviews with the band they disapprove of, definitely aren’t.) 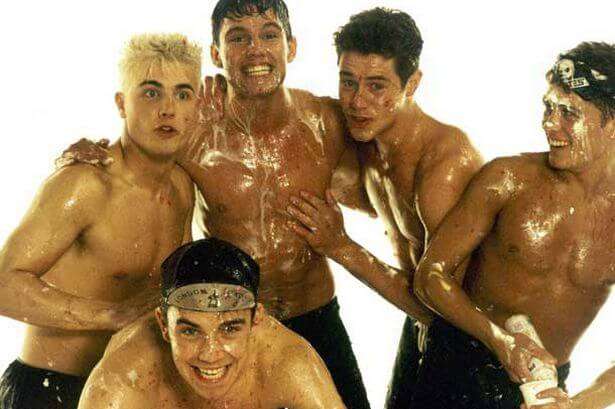 The fun of being girls together asserting an active, quite possibly aggressive sexual interest in pretty, pouting, packaged, passive boys is something I encountered full-frontal way back in 1994 when I wrote a piece about Manchester boy band Take That playing Wembley Arena at the height of the teen feeding frenzy surrounding the grinning Manc lads in leather harnesses. I spoke to a group of rambunctious girls (and a mum or two) who’d come down from the North to lust after the boys. I asked them who their favourite was:

As another pretty boy bander from Manchester who knows a few things about fandom and gender reversal (and most of whose fans were male) put it: She wants it Now and she will not wait, but she’s too rough and I’m too delicate…. It’s a sobering thought that the women having the time of their life at the Take That gig nearly twenty years ago and baying for Howard’s BIG PACKAGE would be the mothers and grandmothers of today’s 1D fans. 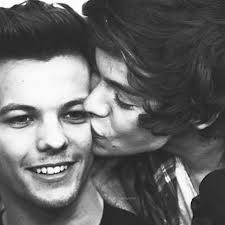 ‘Shipping’ seems to be an update on ‘slashing’ – the long-established fanfic tradition of women writing storylines for one another that bring male celebs or fictional characters together for their enjoyment: e.g. Spock/Kirk, Starsky/Hutch, Sam/Frodo finally gloriously consummating, if you like, or even if you don’t like, a hidden subtext. And yet this was the part of the documentary that was generally seen as most ‘bizarre’. C4 played up to this with a slightly sniffy voiceover that introduced shipping Larry with the line ‘…and they have funny ways of showing their love.’

What’s really ‘funny’ is that manlove for ladies, the female version of men’s enjoyment of woman-on-woman fantasy, is as old as pop music. From The Beatles to The Bay City Rollers to Wham to Take That boy bands have slyly exploited the girlish fantasy of cute, coiffed boys who live together and out of one another’s fashionably-styled pockets, usually supervised by a gay male father figure/manager. Boy bands are a kind of gay porn for girls. Wham were explicitly told by their manager Simon Napier Bell to flirt with one another on stage to get the girls hot (advice that George Michael seems to have taken to heart). Take That took things a be-thonged step further and were test-marketed on gay men before being offered, with their heads resting on one another’s shoulders – no doubt exhausted after all that dancing around and slapping their arses on stage – to teen girls.

Twenty years on it’s not necessary to test market a boy band on The Gays any more. Everyone seems to know the formula. How to do ‘gayness’. Including of course the boys themselves, whose tenderness and physical affection for one another is much more ‘normal’ and ‘natural’ for their metrosexualised generation than it was for the Take That one. Thanks, in part, to Take That.

You could argue that the Larry shippers are only joining the dots that have already been drawn – very close together – by 1D’s management and the whole history of boy bands. As one girl put it, “I think the management secretly love Larry.”

Though admittedly some of the Larry shippers/slashers are a trifle over-zealous, insisting that Louis and Harry REALLY ARE, LIKE, TOTALLY!!! shagging one another’s brains out non-stop and that any girlfriends that come along are JUST A DIVERSION, SHEEPLE!!! As one fan put it in the doc, “A lot of the fans wouldn’t be so jealous if they had a boyfriend instead of a girlfriend.” Or perhaps it’s better to find a way of believing that the doll-like boys are, despite plenty of evidence to the contrary, sticking to your storyline – rather than following their own.

But what’s really ‘crazy’ is the way so many people have failed to see and hear the literally screaming evidence of the gravitational pull of manlove for ladies and the voyeuristic, highly kinky ‘female gaze’ powering it.


A few years ago a UK TV producer friend of mine tried vainly to pitch a documentary proposal we’d put together about women’s interest in man-on-man action and the huge but largely unspoken role it had played in shaping a lot of pop culture. The response from commissioning editors was always the same: bafflement. Followed by a certain amount of unease. Followed swiftly by total and no doubt highly reassuring scepticism that such a phenomenon existed at all.

louis&harry | what i feel is something real