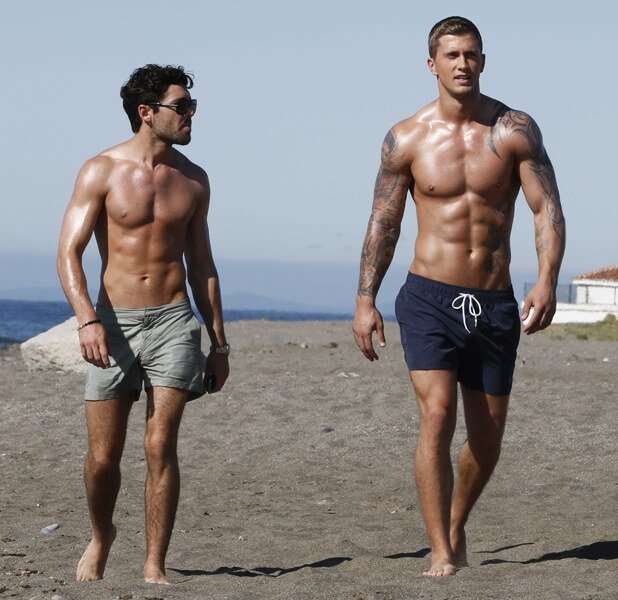 'So Dan, what supplements do you use mate?'

From Metrosexual to Spornosexual – Two Decades of Male Deliciousness

‘Metrodaddy’ Mark Simpson on the evolution of male vanity

In a development which will probably have him running to the mirror yet again to search anxiously for lines, this year the metrosexual leaves his teens and turns twenty. How quickly your children grow up. Although it seems only yesterday, I first wrote about him in 1994 after attending an exhibition organised by GQ magazine called ‘It’s a Man’s World’. I’d seen the future of masculinity and it was moisturised.

‘Metrosexual man, the single young man with a high disposable income, living or working in the city (because that’s where all the best shops are) is perhaps the most promising consumer market of the decade,’ I predicted.

Two decades of increasingly out and proud – and highly lucrative – male vanity later, and the metrosexual remains the apple of consumerism’s rapacious eye. In a recent report HSBC drooled all over his ‘Yummy’-ness, breathlessly pointing out how mainstream metrosexuality has become.

This was of course old news to anyone with eyes to see the extremely image-conscious and product-consuming men around them – or in bed with them – frantically trying to attract our attention. Or the way that the glistening pecs and abs of Men’s Health magazine have been outselling the glamor breasts of ‘lad mags’ for several years.

Or indeed anyone who saw the news last year that UK men now spend more on shoes than women.

Hard to believe in such a fragranced, buffed, ripped, groomed, selfie-adoring and social ME-dia saturated world as ours now is, the metrosexual had to struggle to be heard in an un-tucked ‘no-homo’ early 1990s. Most people were in New Lad denial about what was happening to men and why they were taking so long in the bathroom.

Just as male homosexuality was still stigmatised and partly criminalised back then, the male desire to be desired – the self-regarding heart of metrosexuality – was still scorned by many. Narcissism was still seen as ‘essentially feminine’.

Or Wildean – and look what happened to him. The trials at the end of the 19th Century of Oscar Wilde, the last dandy who famously proclaimed that ‘to love oneself is the beginning of a life-long romance’,  had stamped, like a steam-powered die, a Victorian division of sexual labour over much of the 20th Century. Male vanity was at best womanish – but more likely simply passive and perverted.

The arrival of a shiny new Millennium, the abolition of the last laws discriminating against homosexuality, and the arrival of the preening dominance of celebrity culture with its Darwinian struggle to be noticed in a visual, ‘branded’ world finally blew away the last remnants of Victorianism.

To illustrate this I only have to mention two words: David Beckham. The working class family man England footballer who became much more globally famous for his attention-seeking haircuts, unabashed prettiness and rampant desire to be desired than for his footballing skills. Once the sarong-wearing, gay loving, cheek-sucked male model midfielder was outed in 2002 (by me again, sorry) as flamingly metrosexual, everyone suddenly ‘got it’. All that Nineties denial turned into incessant Noughties chatter about metrosexuals and ‘male grooming’. Often to little purpose.

In fact, the momentous nature of the masculine revolution that metrosexuality represents has been largely obscured by much of the superficial coverage it got. Metrosexuality is, in a paradox that Wilde would have relished, not skin deep. It’s not about facials and manbags, guyliner and flip flops. It’s not about men becoming ‘girly’ or ‘gay’. It’s about men becoming everything. To themselves. Just as women have been encouraged to do for some time.

This uptake by men of products, practises and pleasures previously ring-fenced for women and gay men is so normal now – even if we still need to be reassured with the word ‘man’ or ‘guy’ strapped on the front, like a phallic pacifier – that it’s taken for granted by young men today who really have become everything. So much so that it can be really too much for the older generation of metrosexuals.

With their painstakingly pumped and chiselled bodies, muscle-enhancing tattoos, piercings, adorable beards and plunging necklines, it’s eye-catchingly clear that second generation metrosexuality is less about clothes than it was for the first. Eagerly self-objectifying, second generation metrosexuality is totally tarty. Their own bodies more than clobber and product have become the ultimate accessory, fashioning them at the gym into a hot commodity – one that they share and compare in the online marketplace.

I suspect Wilde, who famously enjoyed feasting with panthers, would have approved. I certainly do. Even if I’m a little bit frightened too.