Becks and Smithy Declare Their Love To the World 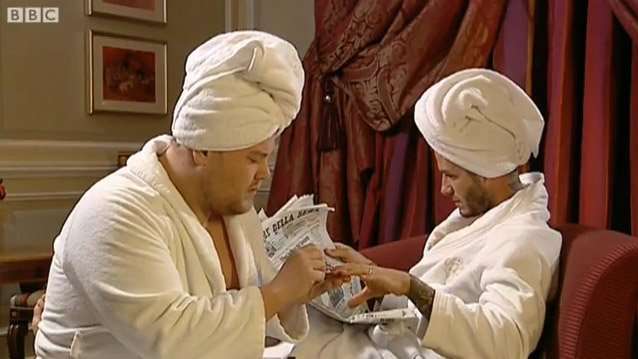 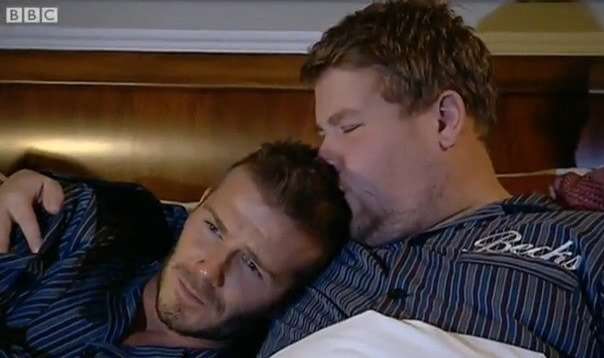 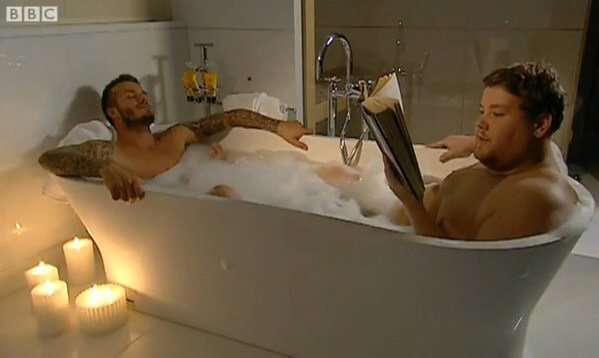 Smithy aka James Corden is a British comedian who isn’t terribly funny but does have a lot of front. And back. And sides. Especially sides.

You can watch his spot at the British Sports Personality of the Year Award, from which the Becks scenes above are taken, in full below. But be warned: it goes on rather a long time and features a lot of sports stars you’ve probably never heard of if you’re not British.

There’s also a lot of kissing of foreheads and tops of heads by Corden – which is a peculiar habit of British football fans when they’re feeling happy and affectionate but afraid of your actual lip contact (footballers here used to snog each other properly after they scored a goal, but now mostly do the forehead thing their fans do).

There’s a kind of double irony seeing Corden do this to Becks in bed in the context of their domestic girlie grooming/nesting send-up – especially since it looks really quite tender. Becks in particular plays it ‘straight’, eschewing campy insurance policies, and reaching for Corden’s hand – making their coupledom seem quite believable, or imaginable. I suspect that not a few footie fans, in between nervous giggles, suddenly realised that it might be quite comfy snuggling up in bed with Becks watching Neighbours re-runs.  Even with that beard.

Actually, the Becks scene put me in mind of the domesticated bliss of sweet 1950s comedy couple Jerry Lewis and Dean Martin. Though not as funny.