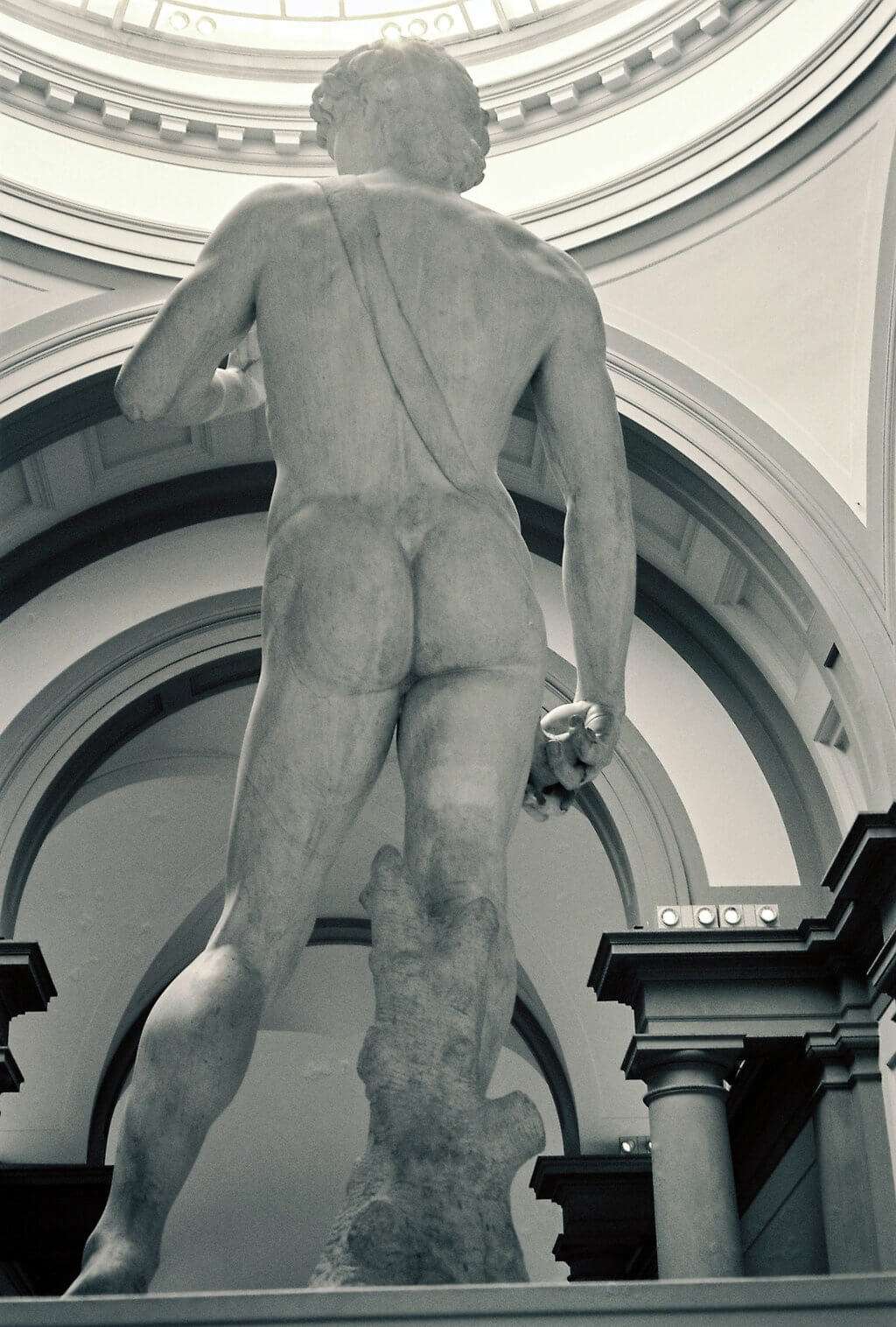 English (unedited) version of Q&A with Mark Simpson by Michele Masneri for Italian cultural  magazine Studio in which he talks about the Italian roots of sporno, the next stage of metrosexuality – and the Silviosexual

Studio: What do you mean by the word “sporno”?

Metrosexuality, the male desire to be desired, has become so normal now that it’s pretty much taken for granted. So in order to get noticed you have to go hardcore – and promise the viewing public a gang-bang in the showers. Hence sporno. 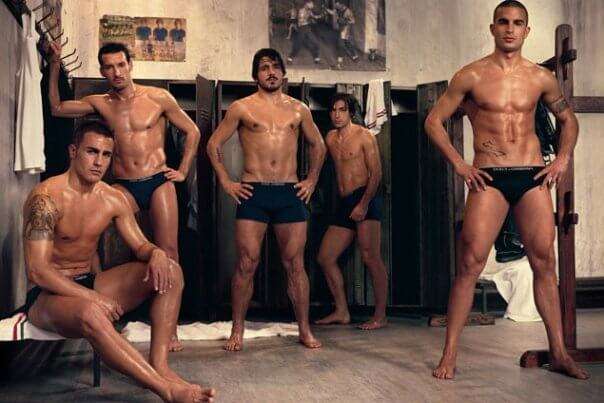 Is Italy the most metrosexual country?

In a sense the wave of metrosexuality that swept the globe in the last decade or so was really just the rest of the world catching up with Italia and becoming a little bit more Italian.

Male narcissism is at the heart of metrosexuality – and in Italy unlike in the Anglo world this has never really been properly repressed. Italy, home of Michelangelo, Marcello Mastroianni and Dolce & Gabbana, never seriously pretended that ‘beauty’ was a word that couldn’t sit alongside ‘male’, and pat its well-formed knee.

In Italy, particularly Southern Italy, young men often have an almost swishy but entirely assured way of walking that few Anglos can ever hope to match. And if we try, it just ends up a silly sashay.

Nonetheless, I think full-throated metrosexuality does break down traditional or official ideas about the sexual division of loving and looking even in Italy by undermining machismo and ‘outing’ the queerness of it all. The way that women look at men and men look at other men – and how men get very turned on by all the attention.

Do you know the Fiat-Chrysler CEO, Sergio Marchionne? Is he hummersexual or retrosexual?

I’m afraid I had to look him up. Are you sure he’s Italian? He looks like Jeremy Clarkson’s dad. Do you think he has a wardrobe at home with 365 identical shapeless jumpers and shirts?

Hummersexuals are guys who over-emphasise their masculinity with ‘manly’ accessories in a way that makes you wonder what they’re covering up. Retrosexuals are merely pre-metrosexual.

Sergio seems more retrosexual than hummersexual. Partly because Fiat cars aren’t terribly popular with the US military or Hollywood action heroes  – too small and ‘faggy’, I expect – but mostly because he reminds me of my old chemistry teacher.

And how about former Prime Minister Berlusconi?

He’s quite something, that Berlusconi! But at least, as he keeps reminding us, he’s not queer. Even if he does look like a drag queen.

I don’t think any of the categories really fit Silvio. He’s far too special. He’s in a category all of his own. Silviosexual.

Mind you, his old chum Tony Blair, our former PM and rock star manqué, shared the same drag queen smile. But ultimately Silvio is a reminder to an Anglo like me of the mysteries of ‘machismo’. How something so camp can imagine itself something so butch.

Perhaps we need to go way back in time to locate Berlusconi’s painted, dyed, stretched, terrifyingly cosmetic look. Back to the Pharaohs of Ancient Egypt…. 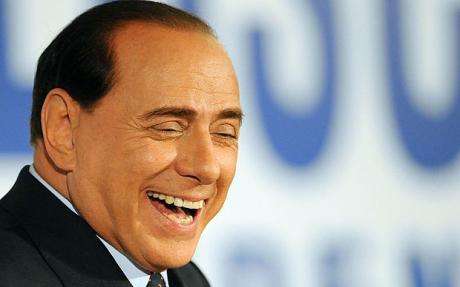 Is David Beckham still the epitome of the metrosexual?

Yes, albeit the ageing metrosexual. In English we have an expression, ‘mutton dressed as lamb’…. But then there are lots of men his age and older who also don’t want to give up their sex-object status – so they look to him for inspiration. Though he’ll have to offer them something a lot sexier than those daggy H&M pants and vests he came up with recently.

Beckham’s metrosexual crown has of course been usurped by younger, prettier players such as Cristiano Ronaldo – who also famously stole his Armani undies. At the same time you have a new generation of tarty male reality TV stars, such as Mike ‘The Situation’ Sorrentino and his ‘gym tan laundry’ metro mantra from Jersey Shore. And at the movies you have stars like Tom Hardy, with those pouty, Brando-esque lips, muscles and his openly admitted bi-curious past telling us ‘Don’t be a afraid to dream a little bigger, darling.’ 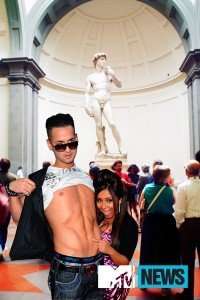 Is metrosexy the “next stage” of metrosexuality? The word ‘metrosexual’ was born in the Nineties. What happened to male narcissism since then?

Funnily enough Justin Bieber was born the same year as the metrosexual. They’re both sweet seventeen. In other words, metrosexuality is still waiting for its voice to drop.

That said, men’s narcissism has become much so mainstream and accepted in the last decade or so, to the point where it is often taken for granted, especially by the younger generation who has grown up with it. Hence the word itself is likely to become defunct at some point in the not too distant future. To some extent Metrosexy is about a post metrosexual world.

However, there are still reaction-formations and kinky backlashes against metrosexuality, particularly in the US which, because of a passionately Protestant history and an equally passionate denial about its own screaming gayness, continues to work out her issues. E.g. those hummersexuals….

Essentially ‘metrosexy’ is the tarty male sensibility that metrosexuals have injected into the culture. Metrosexuality has gone from being a ‘type’ – ‘the metrosexual’ –  to be spotted and pointed at, to being a pervasive ‘feeling’. A way of seeing and being seen.

Also, a glance at the newsstand, the billboard, the TV, and the queue at the bus stop tells us that with many young men the desire to be desired and embody male beauty has taken an increasingly physical, sensual form: their lovingly, painstakingly sculpted and shaved muscles and their elaborate, expensive designer tattoos.

What’s the relationship between hipsterism and metrosexuality?

Although most hipsters would probably rather die than admit it, hipsterism is a form of metrosexuality. But a very middle-class and enervated – or ‘ironic’ – one. It’s patently narcissistic, but usually regards the body and ‘sexiness’ as ‘vulgar’. Which it is of course – if you’re lucky.

Abercrombie & Fitch were perhaps the detonator – Apple and iPhones were the explosion. iPhones are of course the ultimate vanity product – they’re really MEphones. The app that comes gratis with every smartphone is dumb self-obsession. And they’re also a great way to take a picture of yourself topless in the gym changing room mirrors to upload to Facebook, or perhaps a more ‘discrete’ ‘social network’…

Inasmuch as they’re all about MEEEEEE! yes. They’re where people compete for attention and try to turn themselves into brands and commodities and market themselves, a hallmark of metrosexuality.

In the case of Facebook, often the metrosexuality isn’t even very sublimated. Young men can and do upload hundreds of topless pictures of themselves, apparently auditioning for that Men’s Health cover.

You’ve written that “in some ways Obama is the first US President to be his own First Lady.” Is there any metrosexy candidate in the Republican party?

Not in the current line-up of hopefuls. Though Mitt Romney does look like a mannequin in the window of a particularly boring department store.

Aaron Schock on the other hand, the Republican Congressman who stripped off for Men’s Health magazine positively drips metrosexiness – for a politician. He’ll probably end up President one day. Him or Justin Bieber…. 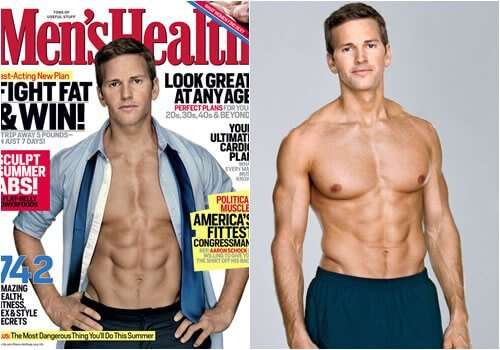 Mark Simpson’s Metrosexy is available for download from Amazon. 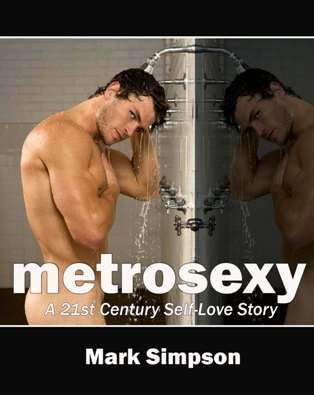