Tag: Sex in the City 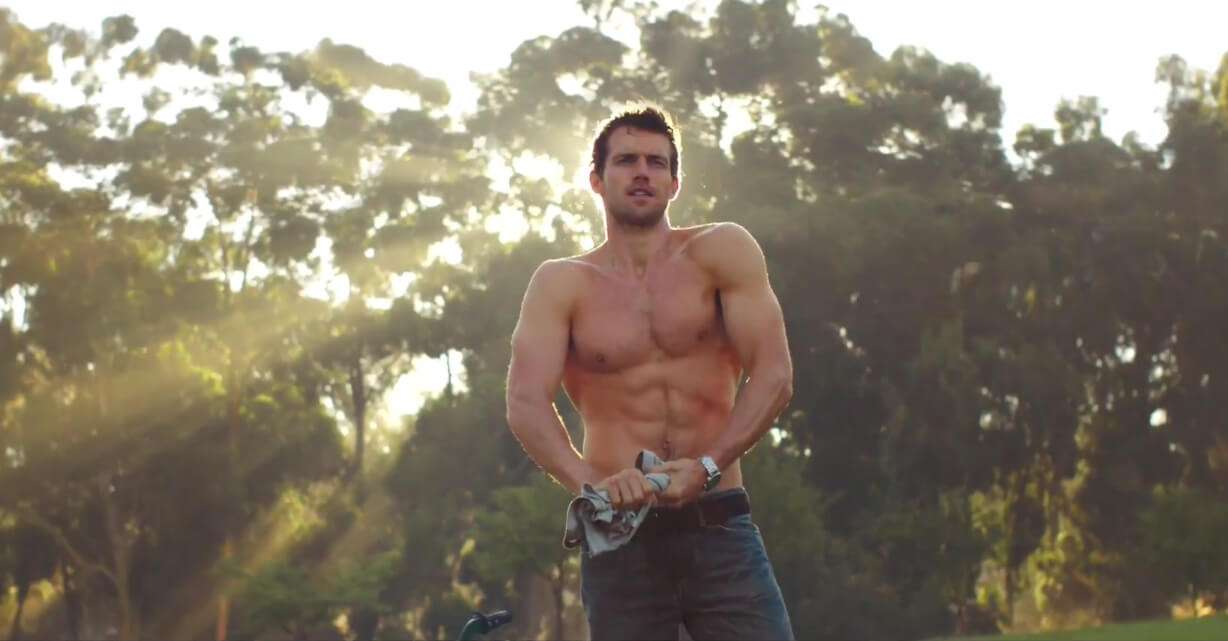 As an avid voyeur of the media’s marketing of the male body I meant to write about this new Diet Coke advert ‘Gardener’ when it first strutted its stuff a a month or so back, but it completely slipped my mind -- like a chilled, beading soft drink can in a lubed hand. Apologies. Obviously there’s not enough NutraSweet in my bloodstream.

For its 30th anniversary Diet Coke, a sticky, fizzy, calorie-free brown drink aimed at women (Coke Zero is the ‘male’ equivalent -- the girly word ‘diet’ replaced by a manly statistic), has resurrected its most memorable campaign trope, The Diet Coke Hunk.

Back in the 1990s Diet Coke succeeded in connecting itself with the emergence of female sexual assertiveness -- and also of course emerging male submissiveness, objectification and commodification: after all, a ‘hunk’ is a faceless, nameless, if appetising thing. In doing so Diet Coke made itself modern and tasty.

Naturally, everyone in the new ad, now set in the brave new, artificially sweetened, colour-enhanced metrosexy world that Diet Coke helped usher in, is slim, young and attractive. No one here needs to do anything as vulgar as actually diet. Diet Coke is a lifestyle, a sensibility -- certainly not a utility or a necessity. The women look like they’re taking a break from shooting on location for the British version of Sex in the City. Or at least, the British version of Daughters of Sex in the City.


The Hunk is a blandly attractive boy with a fashion beard -- he could easily be a contestant on Take Me Out, and probably has been. As usual in Diet Coke Land The Hunk is labouring away in some menial, manual capacity while the middle class women, relaxing from a higher vantage point (remember ‘Diet Coke Break‘?), enjoy literally looking down on him. He cuts the grass; they sit on it. He works; they watch.

When one of them rolls a can of the product down the hill towards the sweating proletarian this seems like a hostile act. It could after all have gone into the spinning lawn mower blades and caused damage and injury. Perhaps even scarred that pretty face!

Instead it comes to rest on the side of The Hunk’s mower. When the thirsty, sweaty chap opens the can it sprays him with the contents -- in slow, money shot motion. The women from their lofty, grassy vantage point find this hilarious and it seems as if this had been the plan all along. Maybe they even shook the can before rolling it down the hill. The minxes.

So now our man of toil is covered in ejaculated stickiness. And our triumphant, thoroughly modern women have had their fun.

However, when he takes his t-shirt off and wrings it out, flashing his abs and carefully flexing his large pectoral muscles, the women’s jaws drop. The look they give The Hunk’s body is one of total, gob-smacked longing and very unladylike lust.

The Hunk seems entirely aware of his effect on the women and in fact this is both his revenge and his reward. He smiles a knowing smile over his shoulder as he heads off, continuing his mowing with a spring in his step. Objectification is a kind of gratification.

This moment reminded me of the corny line from Magic Mike: “You have the cock. They don’t.” No wonder the woman who rolled the can down the hill quickly presses her lips to the can in her hand.

As the short ‘teaser’ below makes pornographically clear, with its close ups on undressing Hunk’s belt buckle and Voyeur Lady’s lips, Diet Coke is quite shamelessly, quite explicitly marketing itself as the calorie free, carbonated phallus.

Metrosexuality and the City