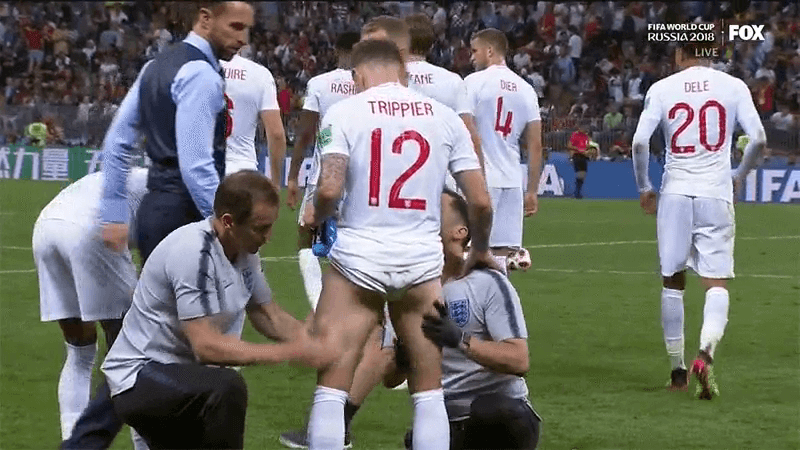 I’m not a footie fan – you’ll probably not be shocked to hear. But I don’t really mind the World Cup – which is good of me, I know.

I watched some of the just-finished Russia 2018 matches on telly, as non-football fans tend to do during World Cups. Partly because you can’t escape it, especially when ‘our team’ is playing, and not watching becomes too self-consciously misanthropic, even for me.

And partly because I think: maybe this time I’ll finally understand the appeal of this dull kickabout game and rejoin the male race.

But watching this year’s World Cup in Russia I rapidly came to the same conclusion I do every time there’s a World Cup on: they should dispense with the game and extra time and go straight to the penalty shoot out. Saving everyone the bother of all that running hither and thither to little or no avail for two hours.

Even more urgently, they should do something about those criminally baggy and ludicrously long ‘shorts’.

Yes, thanks very much for the tight tops, but they just made the shorts look EVEN FLAPPIER – like opaque net curtains, forever twitching but never drawing. Or leg lampshades. 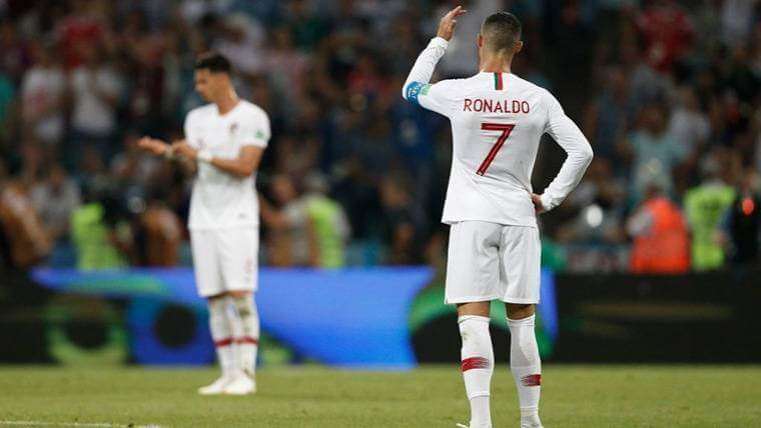 Footballers may be gym bunnies these days but their best ass-ets are exactly that. And a knee-length veil was drawn over them by the jealous old men of FIFA. Barely a sliver of flesh was allowed peek out between those passion-killer stocking socks and high 90s homo-panic style basketball shorts pretending to be footie shorts.

No wonder Ronaldo, the leading sporno soccer star, decided to stage a pitch protest – hitching up his puritan pantaloons and bringing his swole quads out of the shadows. 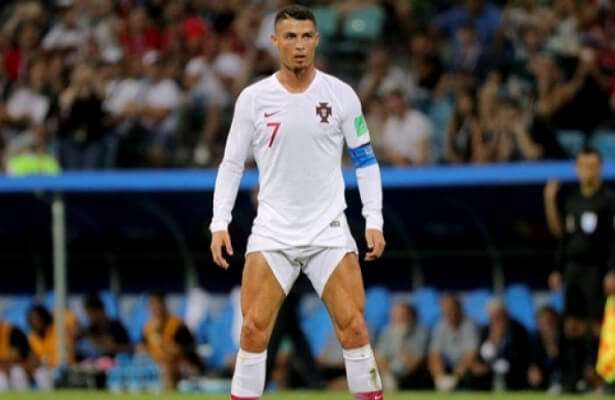 “MY QUADS YEARN TO BE FREE!”

Which reminds me, the climax of the entire World Cup as far as I’m concerned came during the England-Croatia semi-final. Play had to be stopped while 27-year-old England striker Kieran Trippier’s thighs, suffocating under all that excess nylon, were given emergency resuscitation by a pair of para thigh-fluffers.

Trippier’s thighs aside, the undoubted star of WC 2018 was Neymar de Silva, the pretty 26-year-old hot-shot Brazilian striker. Not so much for the goals he scored as all the attention he garnered, first for his ‘terrible’ ‘spaghetti head’ haircut (which I quite liked) and then for his ‘diving’ and ‘rolling’ – allegedly spending 14 minutes on the ground during the tournament. 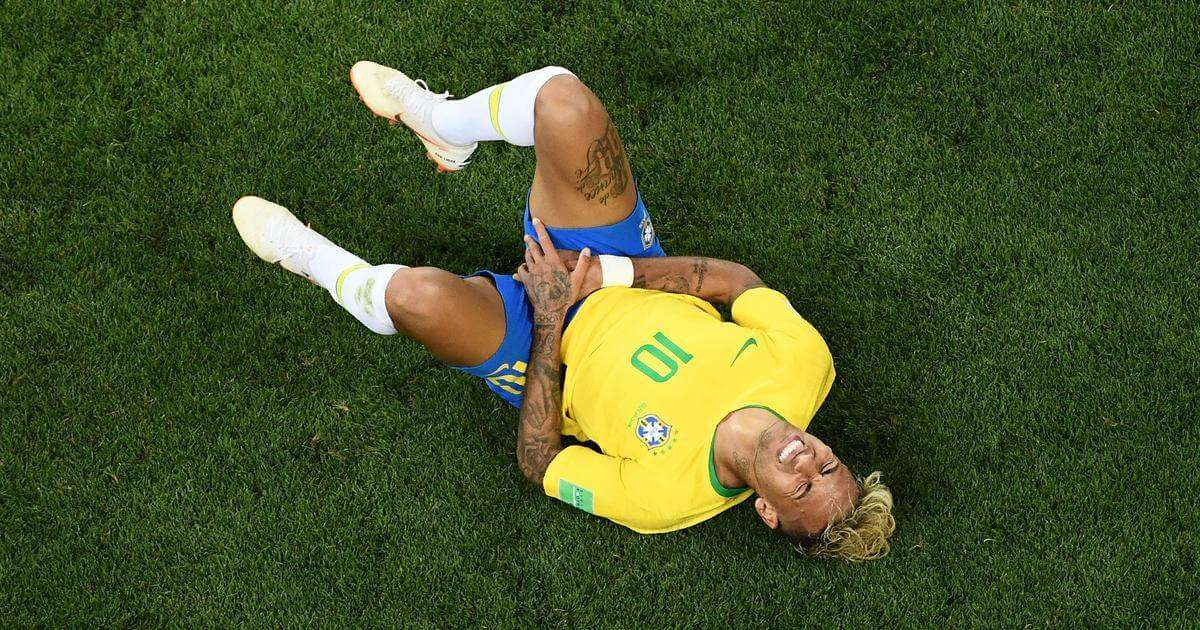 Neymar puts everything into his performance

Neymar, being such a prodigiously talented and thus feared striker, was the target of some sustained serial-fouling. But serious football chaps were furious with Neymar: “I’ve seen people get shot that take it better than this clown”, complained a British MP. “Fucking fairy!” thundered a thousand footie blokes on Twitter. 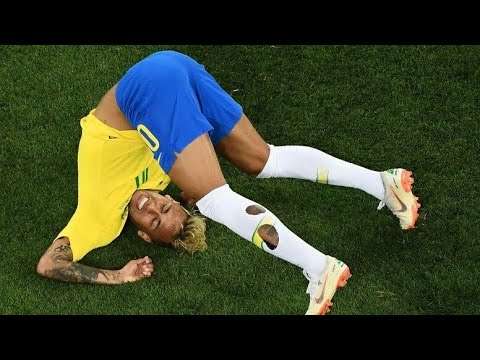 For all the indignant denunciations – and violent anger in some cases – wasn’t Neymar just doing what most professional footballers do, almost as a contractual requirement? Just more enthusiastically and energetically? And with less shame? Or in fact, none?

We’ve been here before, of course. With Portuguese Ronaldo – whose flamboyance and diving helped to make the ‘winker’ a hate figure for many in the UK when he played here. Though Neymar really takes it to another level.

It’s for one person only: a middle-aged man running about with a silver whistle around his neck who points a lot. Footie Daddy – whose word is law, no matter how flawed or fickle, and which frequently decides matches, despite the fact that his view is often much worse than that of the (TV) viewers.  ‘LOOK WHAT THE NASTY MAN DID TO ME, DADDY!’

Perhaps in literally throwing himself into his role, and going deliriously ‘over the top’, Neymar’s real crime is not so much the diving as turning it into a proper performance, for everyone, not just the ref. He threatens to make footie camp.

A combination of England’s unexpectedly good performance in the tournament (due in part, whisper it, to the good luck of playing against weak teams until the semi final), and a sustained, record-breaking heatwave, led to some feverishly over-optimistic expectations – and the resurrection of the awful 1990s ‘Four Lions’ dirge.

More than once I was accosted in the street by drunken shirtless grinning young chaps who were very keen to tell me that “IT’S COMING HOME!”, giving me back slaps and hugs.

So I decided that I loved football after all.

One of the most excited football fans was the British actor, TV presenter, professional ‘ard man Ross Kemp (and my better-looking doppelganger). I’ll leave you with his (Triga) video message to ‘the boys’ after qualifying for the semi.