Tag: Pleasures and Sorrows of Work

That Nice Mr Alain de Botton Can Be Nasty Too! 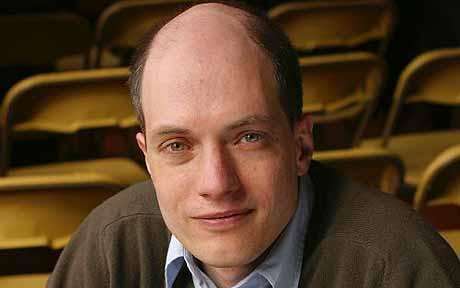 It’s just been drawn to my slow-witted attention that the ‘popular philospher’ and professionally nice Alain de Botton last month had an hilarious hissy fit over a critical review of his latest offering ‘The Pleasures and Sorrows of Work’ by Caleb Crain in the New York Times.

Now, none of us writer types like bad reviews – and I’ve penned a tart note or two myself in the past, knowing full well that such things are ‘not done’. But Mr de Botton is famous for being so incredibly nice and proper and pointy-headed and hovering above the dirty world the rest of us actually have to live – and work – in. He has made a career out of offering us poor mortals his Zen-like insights into such human pursuits as ‘Love’ and ‘Travel’, and ‘Status’, and ‘Happiness’ – usually deploying the regal ‘we’ in place of the vulgar, egotistical ‘I’.

So you can imagine it caused quite a stir when he stooped to flaming the NYT reviewer on his blog. ‘I will hate you until I die’, he railed.

It may be the most interesting, most lively thing he’s ever written.  What’s more, it’s free – and he appears be saying now that he thought it was only going to be seen by Caleb.  So here’s the full text (note the curious emphasis he puts on the idea of ‘nice people’):

‘Caleb you make it sound on your blog that your review is somehow a sane and fair assessment. In my eyes, and all those who have read it with anything like impartiality, it is a review driven by an almost manic desire to bad-mouth and perversely depreciate [sic] anything of value. The accusations you level at me are simply extraordinary. I genuinely hope that you will find yourself on the receiving end of such a daft review some time very soon – so that you can grow up and start to take some responsibility for your work as a reviewer. You have now killed my book in the United States, nothing short of that. So that’s two years of work down the drain in one miserable 900 word review. You present yourself as ‘nice’ in this blog (so much talk about your boyfriend, the dog etc). It’s only fair for your readers (nice people like Joe Linker and trusting souls like PAB) to get a whiff that the truth may be more complex. I will hate you till the day I die and wish you nothing but ill will in every career move you make. I will be watching with interest and schadenfreude.’

Of course, the real schadenfreude has been everyone elses’ shameless joy at the sight of someone so airy-fairy getting his knickers in such a furious twist.  Mr Nice being unmasked as Mr Nasty.  With a touch of ‘Every Breath You Take’ stalkerishness thrown in (‘…in every career move you make.  I will be watching….’).

That and the refreshingly childish spitefulness of the incredibly wise and thoughtful de Botton, even as he is admonishing the reviewer to ‘grow up’.

But what were the ‘manic’ and ‘extraordinary’ and ‘daft’ and ‘perverse’ accusations levelled against de Botton?  In a polite and almost exasperatingly balanced review Crain dared to suggest that de Botton had been a bit sniffy about some of the people he interviewed – de Botton complained for example that one interviewee’s house ‘smelled strongly of freshly boiled cabbage or swede’.  Or swede.  Deft touch that – showing us that Alain isn’t prejudiced against cabbage, just proley vegetables in general.  (Even in his flaming of the reviewer for mentioning this, he’s still wrinkling his nose: ‘…it’s only fair for your readers… to get a whiff of something more complex’.)

So you can only imagine what Nice Alain made of this rather less polite review by Nasty Mark  a few years ago for the Independent on Sunday, which took his book ‘Status Anxiety’ to task for the fact that  it nowhere addresses the author’s own status or his anxiety about what people think about it (his father was one of the richest men in Europe – his mother is one of the richest women in the UK, ranked not far below the Queen):

Precisely because the author is such a polite, learned and charming writer with a fine appreciation for history, literature and the arts which he is so very generously keen to share with us, he never explicitly touches on the subject of his own status, or his own anxiety about what the world thinks of him. Despite the fact that he must be entirely and painfully aware of exactly what people whinge about when his name is mentioned, and that it has probably ever been thus since Harrow. This is a shame, since it would have made his beautifully written but bafflingly pointless and aimless book, which claims to deal with something as real and worldly and dirty as status, rather more readable and infinitely more relevant.

Actually, we don’t have to imagine what Nice Alain made of it.  Following the review, The Independent on Sunday books desk received an irate email marked ‘For Publication’ from a reader which spanked my bottom soundly, taking me to task in very similar terms to the Botton comment on the NYT reviewer’s blog, decrying as I recall, my ‘lack of responsibility’ and my disgracefully ‘ad hominem’ review. And most of all, the fact I’m not Nice.

Unfortunately, the letter writer had neglected to delete the bit at the bottom of the email from an earlier forwarding which read: ‘Alain – is this OK?’

That’s the terrible thing about the Interweb.  It brings you down to the same level as everyone else. Which isn’t terribly Nice.