Yours truly takes part in a round table heated  debate on masculinity over at The New York Times.

The NY Times wants to convince you that men’s fashion blogging is the new bull-fighting.

In an inadvertently hilarious piece titled ‘Straight Talk – A New Breed of Fashion Bloggers‘, it sets out to prove that Tweeting and Tumbling about tie pins all day is really, like, butch.

NOT every fashion blogger is a 15-year-old girl with an unhealthy obsession with Rei Kawakubo. Some are older. And some are men.

Well, that’s a relief. Even thought I don’t know who Rei Kawakubo is.

And not just any guy with an eye for fashion.

You mean, not just another fag? Phew!

There are hyper-masculine dudes who “look at men’s fashion the way other guys look at cars, gadgets or even sports,” said Tyler Thoreson, the editorial director of Park & Bond, a men’s retail site.

“There’s the same attention to detail.”

In other words, these are macho fashion bloggers, writing for a post-metrosexual world. “It’s translating this sort of very-guy approach to something that’s so traditionally been quasi-effeminate,” Mr. Thoreson added.

Very-guy? Or just very-gay? In the worst possible sense of the word.

The whole piece, especially the ‘hyper masculine dude’ and ‘macho blogger’ with a khaki fetish profiled first, whose ‘Dislikes’ include “Pants that are too tight and too short, men who are getting too pretty, and guys wearing fedoras” is of course incredibly faggy. Much faggier than anything flaming could ever be. He sounds like the kind of queen who comes up with the strictly-enforced ‘real man’ dress-code for leather bars.

This kind of guff isn’t ‘post-metrosexual’ at all. It’s so pre-metrosexual it’s positively pre-Stonewall.

And is it just me, or did the NYT just call straights ‘breeders’ in that headline?

This guy here (if indeed it is a guy) is the only ‘macho’ men’s fashion blogger anyone will ever need. Strangely, he wasn’t included in that piece by the NYT. He probably terrifies the poor poppets. He certainly scares the shit out of me.

Martin Lindstrom writing in The NYT today (‘You Love your iPhone. Literally.’) claims to have found evidence, using fancy-pants neuro-imaging technology, that people are not ‘addicted’ to their smartphones as is commonly suggested, but rather, ‘love’ them.

And not, like, ironically. Or like ‘I heart my iPhone’. But like they love a person. Or how they used to love a person. Before iPhones replaced people.

But most striking of all was the flurry of activation in the insular cortex of the brain, which is associated with feelings of love and compassion. The subjects’ brains responded to the sound of their phones as they would respond to the presence or proximity of a girlfriend, boyfriend or family member.

In short, the subjects didn’t demonstrate the classic brain-based signs of addiction. Instead, they loved their iPhones.

When the iPhone was launched in 2007 I diagnosed its appeal, without the use of neuro-imaging technology, or even access to the actual product, as being a form of narcissism. Takes one to know one, I guess. The clue is in the ‘i’, of course:

Not forgetting of course that by putting t’internet and GPS navigation in your pants, smartphones make it much easier to ‘stray’, or ‘cheat’ on anyone you might still be having an actual, real-time, old-time relationship with. Or just pursue discreetly your hitherto hidden fantasies. To find out more about you. Which is an endlessly fascinating story, naturally.

And no matter how many people you hook up with through your tartphone you’ll always remain faithful — to your phone.

The iPhone is really the Iphone. It’s a direct line to yourself. Now, isn’t that a call we all want to take?

I now have a smartphone myself, natch. And because I have a certain knee-jerk disdain for the ‘gorgeousness’ of Apple so lauded by most of my media friends — and didn’t fancy a love-triangle with Steve Jobs — I picked up a more homely-looking Android (Samsung Galaxy S). Like most more homely-looking lovers, it works a lot harder at pleasing me.

And, yes, we’re very much in love, thanks for asking. Until the next upgrade. 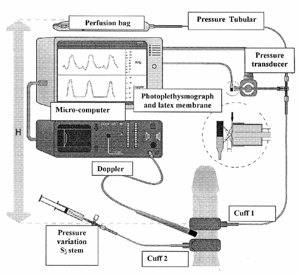 Which might not in the real world seem such a major finding – but it represents a major flip flop for this outfit. Six years ago, using the same cranky equipment, they claimed they had demonstrated that male bisexuality didn’t exist. That their data suggested that bisexual men were in fact ‘really’ homosexual.

A ‘finding’ that was trumpeted around the world. Because of course it told people, straight and gay, what they wanted to hear, and what common sense tells them to be the case. Gays have always wanted bisexual men to join ‘their’ team. While straights don’t want the dirty dogs on theirs. However liberal they might be. Especially in the devoutly monosexual USA. ‘Straight, Gay or Lying?’ was the infamous, shameful headline in the New York Times which greeted the 2005 paper from Bailey ‘proving’ male bisexuality doesn’t exist.

Just as all women are ‘really bisexual’, no men really are. Since virility is directly related to a man’s ability to perform compulsory heterosexuality, any man who is aroused by cock can’t be virile. He is, by definition, emasculated. Impotent. A fag. Or ‘gay’ if you’re liberal. No wonder the vast majority of men attracted to other men don’t advertise the fact.

But Bailey’s yen to strap penises into sex-lie detectors is much more respectable than my private perving. The jaw-droppingly dreadful recent C4 documentary series The Sex Researchers presented Bailey as some kind of sexual seer, rather than the highly controversial and frankly rather dodgy figure he is. Worse, it gave his favourite sex toy, the penile plethysmograph, a starring role in the first and last episode, presenting a contraption which is probably even less reliable than a non-kinky ordinary lie detector, as a pure, objective and accurate way of measuring and studying sexuality, in contrast to all that subjective tosh and ‘dirty data’ that Kinsey and Freud came out with. By listening to people.

Likewise, the series began and ended with the ludicrous but apparently highly reassuring assertion, based on this objective and scientific research, that most women are bisexual and hardly any men are.

The denial of male bisexuality and bi-curiousness has its roots in a sexism that keeps men in their place even more than women.

‘Sex’ for the C4 documentary makers meant (a very particular kind of) ‘female body’. It was as if the documentary had been directed by Benny Hill, but without the laughs. The commercial breaks, featuring tarty half-naked men selling breakfast cereals and moisturiser were much more enlightened and realistic than anything in this series based on an already highly dated heteronormativity (which incidentally is the subject of an official complaint to Channel 4 about its inaccurate and misleading nature by several of the sex researchers interviewed for it).

They got the result they wanted, but I fear they’re wasting their money and merely encouraging more bad science. Some of course will hold these findings up as proof that this Heath Robinson kind of bio-mechanical sex research can correct itself. But they would have to be true believers to see it that way. All that has been proven is that measuring penile blood-flow in a laboratory is a highly reductive and highly abnormal measure of male sexuality. Men are not just penises. They are also prostate glands. Perineums. Earlobes. Inner thighs. Brains. Nipples.

It also shows that you get the result you’re looking for. In 2005 Bailey wanted to prove that male bisexuality didn’t exist. In 2011 he didn’t. QED.

Perhaps the worst thing about this new finding is that Bailey et al will now try to turn male bisexuals into a ‘species’ to be studied and dissected. Bisexual men may quickly come to the conclusion that they were much better off when they didn’t exist.

Unless of course they themselves have a bit of a fetish for penile plethysmograph play.

Not in Front of the Goyim: Gays and Not-So-Open Relationships

New research at San Francisco State University reveals just how common open relationships are among gay men and lesbians in the Bay Area. The Gay Couples Study has followed 556 male couples for three years — about 50 percent of those surveyed have sex outside their relationships, with the knowledge and approval of their partners.

That consent is key. “With straight people, it’s called affairs or cheating,” said Colleen Hoff, the study’s principal investigator, “but with gay people it does not have such negative connotations.”

However the reporter discovered a wall of silence surrounding the subject:

None of this is news in the gay community, but few will speak publicly about it. Of the dozen people in open relationships contacted for this column, no one would agree to use his or her full name, citing privacy concerns. They also worried that discussing the subject could undermine the legal fight for same-sex marriage.

Or perhaps they worry they might be shouted down and called ‘sluts’ by the gay blogs.

Given the very real fear of being osctracised and shamed for talking in front of the goyim about how gay relationships actually are, instead of the Disney-esque way that gay marriage zealots would like to portray them, it seems a reasonable assumption that the 50% figure is an underreporting.  Probably most gay male relationships in the Bay Area are open.  As I’ve said before, in public, in front of the goyim, in my experience probably most gay male relationships are open.  (I’ll admit I was surprised by the article’s claims about lesbian relationships — but then, I have rather less experience of them…).

Of course, it doesn’t really matter whether it’s half or most, or even a large minority, the point, as Scott James acknowledges, is that this is definitely not an attribute of the vast majority of hetero relationships.  Many may have their ‘infidelities’, but very, very few have open relationships.  For most the concept is a contradiction in terms.  Especially if married.  The author makes much of how the openess of gay relationships can help reform the failing institution of marriage, but personally I suspect he fails to understand what marriage actually is, and the proprietary, exclusive nature of it.  In reality, gay marriage may just  succeed in making gay relationships less open and more hypocritical.

Too often the movement for gay marriage is censorious and shame-based, about presenting homosexuality as a neutered heterosexuality, about claiming over and over again that gay relationships are ‘just like’ straight ones and anyone who says different is a bigot and ‘homophobe’ —  externalised or internalised.

There’s also another dimension to the reluctance of gay couples to talk about their open relationships… openly, one that has less to do with worrying about what the gays will say, and more to do with what the world will think: It may cost them their new-found respectability.  This after all is the point of ‘gay marriage’ for some, particularly those of the Sullivanite tendency: to prove to the world they’re not like those promiscuous, hedonistic, slut gays. Even and especially if they are still getting rogered by them regularly via Manhunt.

Then again, open relationships can be hard work.  And discussing them in public allows people like me to pass unhelpful comment.  Here’s ‘Chris’ and ‘James” rules for their open relationship:

complete disclosure, honesty about all encounters, advance approval of partners, and no sex with strangers — they must both know the other men first. “We check in with each other on this an awful lot,” said James, 37.

Obviously how they conduct their relationship is their business — and good luck to them — but I can’t help wondering if in this instance monogamy wouldn’t be much less trouble.