Fill My Man Cave With Your Manly Man Meat

(No, this is not an Onion spoof. This is very serious indeed. Masculinity and selling shit is about as serious as you can get in America.) 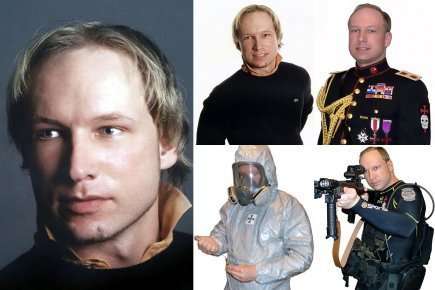 When I first saw the images of Norwegian mass-murderer Anders Breivik, the ones he had so helpfully included in his press pack that accompanied his ‘manifesto’, two thoughts immediately popped into my net-addled head:

a) They look photoshopped. Especially the soft-focus glamour one in the Lacoste jumper with the collar turned up

b) The ‘action man’ dressy-uppy photos look like they’ve been pulled from a gay fetish dating website. Look at all my sexy accessories!

When I compared them with the pictures of the inanely grinning, boringly bovine balding 31-year-old male being driven away in handcuffs in the back of a police car I congratulated myself that I hadn’t arranged to meet him.

Deluded as he is, Breivik seems very aware of the disconnect between the ‘Justiciar Knight’ image he wants to present to the world – which may appear laughable to others, but clearly turns him on like the Blackpool Illuminations – and the more hum-drum reality. According to The Daily Telegraph:

A narcissist and a fantasist, Breivik, 32, refuses to have his prison ‘mugshot’ taken to ensure that the carefully stage-managed photographs he took of himself – in full Masonic regalia or clutching his rifle – are not replaced by more humbling images.

Given his yen to stage-manage everything, even from behind bars, it’s perhaps not so surprising that costuming seems to be a continuing preoccupation of his:

Having been refused permission to wear a combat uniform, he has demanded to wear a red Lacoste sweater for his public outings to court or to the police station. He will not wear anything else.

Well, if you know your signature colour and you have a brand that you feel at home in, why change?

I have no desire to read Breivik’s manifesto. It’s over 1,500 pages long. It’s demented. Worse, it’s badly spelled. Plus there’s the small matter of his murdering scores of people, most of them children, to make me and you do just that. To make us take his delusions of grandeur and purpose seriously. So forgive me if I don’t feel like curling up with him.

There isn’t a ‘mystery’ to Breivik that needs to be unlocked, except perhaps by mental health professionals. And even then, it certainly wouldn’t be in his rambling, ranting cut-and-pasted scrapbook of (mostly American) right-wing nut-jobbery.

But plenty of people seem to take a different view. Legions of journalists and commentators and sociologists are reading the manifesto avidly, searching for clues. Explanations. Keys to unlock the ‘enigma’ that is Breivik and make sense of his senseless slaughter. Perhaps it’s the media’s job to try and find meaning where there isn’t any, but even in seeking to refute or ridicule his arguments – or hold him up as an example of what happens when right wing extremism or misogyny is allowed to flourish as many liberal papers have done – I think they are in danger of flattering him.

There are no ‘lessons’ to be learned from the pathetic creature that is Breivik, no matter how much he might want us to think so and no matter how tempting it is to pander to that. He’s criminally insane. End of.

And yet. Maybe I’m in danger of being a big fat hypocrite here, but it’s increasingly difficult for me to ignore some of the stuff in his manifesto that keeps being discussed. From a nice middle-class Norwegian background, the perpetually single (and “100% hetero”) chap laments that modern men spend so much time worrying about their clothes and their colognes.

He also bemoaned metrosexuals, seeing them as part of the ‘feminisation’ of the culture in general and men in particular which was leaving Europe (wide) open to Islamification:

…men are not men anymore, but metro sexual [sic] and emotional beings that are there to serve the purpose as a never-criticising soul mate to the new age feminist woman goddess.

Other reports tell us that he was an avid gym-goer, took steroids and visited tanning salons. There are also claims that he had plastic surgery in his early twenties on his nose and chin. And then we have those carefully staged, possibly photoshopped images and his refusal now to have his mugshot taken or wear anything in public he considers unflattering.

Breivik was clearly in pathological denial about all sorts of things – his own metrosexuality was perhaps the least of them. But he went to and continues to go to a great deal of trouble to present himself to the world, however camply, however grotesquely, as a ‘real man’, a Christian warrior, while using and displaying many of the characteristics of his hated ‘passive’, ‘weak’, ‘feminine’ metrosexuality to do that.

And in this, alas, he isn’t so unusual – just rather more extreme. There are a lot of metros in denial. Not all of them are out and proud. Quite a few are self-loathing as well as self-loving and diss ‘girlie-men’ metros in the hope that this will prove they’re not ‘that way’ themselves. A bit like how it works, in other words, with your actual homosexuality.

Much of Breivik’s politics was gleaned from right wing US websites, where chaps are always whining about not being able to find a ‘real man’ these days (in much the same way gay bears do), and where ‘metrosexual’ is used as the worst kind of insult. A fag who isn’t actually a fag. Worse than a fag, in fact. A heterosexual who allows himself to be penetrated by the weakness and effeminacy of gay men – spreading the disgusting disease of unmanliness.

You don’t need to read A European Declaration of Independence to know that this ‘Christian warrior’ mass-murderer clearly desires to be desired. The manifesto, those glamour shots and probably even the awful crimes are one enormous, mega-creepy personal ad. Not so much metrosexual as metro-psycho.

The worst of it is that to some extent Anders Breivik has achieved what appears to be his main goal. Not starting a war against the Islamic invasion of Europe and ‘cultural Marxism’. Nor getting people to read his bloody manifesto.

It seems Breivik tired of the red Lacoste jumper and decided to go for something more formal, but still designer (with very padded shoulders) for his court appearance this week. And a fashion beard that accentuates his ‘heroic’ jaw-line. Quite the dashing ‘Christian warrior’.

From his meticulously crafted appearance, his rehearsed clenched fist salute, to the tears on viewing his own propaganda film, to to his lack of response to the tapes of the final moments of the people he slaughtered to get this gig in front of the word’s media, it’s obvious that Breivik is thoroughly enjoying the attention and won’t let the small matter of all those dead bodies spoil his week.

Breivik was originally diagnosed as a paranoid schizophrenic and thus not responsible for his actions – i.e. criminally insane. This caused an outcry in Norway and, highly unusually, two more forensic psychologists were called in. This time a much more popular diagnosis was delivered: they declared that because of the way he meticulously planned his attacks he couldn’t be crazy.

Today the Oslo district court where he has been on trial for mass murder went with the second diagnosis, declared him legally ‘sane’ and sentenced him to 21 years in prison – though he is unlikely to ever be released.

Everyone seems happy with this verdict. The survivors. The families. Norway. The media. Breivik is perhaps the happiest. Unless he was playing an Oscar winning Br’er Rabbit, the thing he appeared to fear most was being ruled insane and thrown in a specially built psychiatric unit indefinitely. In his mind he is now a ‘political prisoner’ not a highly dangerous mentalist.

I can’t say I blame Norway for perhaps moving the goalposts to make sure he was found criminally responsible. But in a sense, his ‘Christian warrior’ delusions have been endorsed. 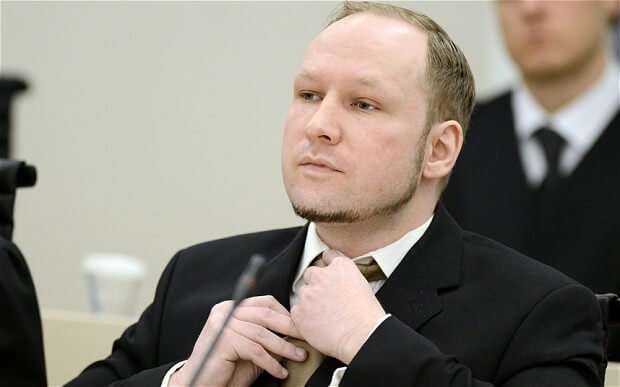