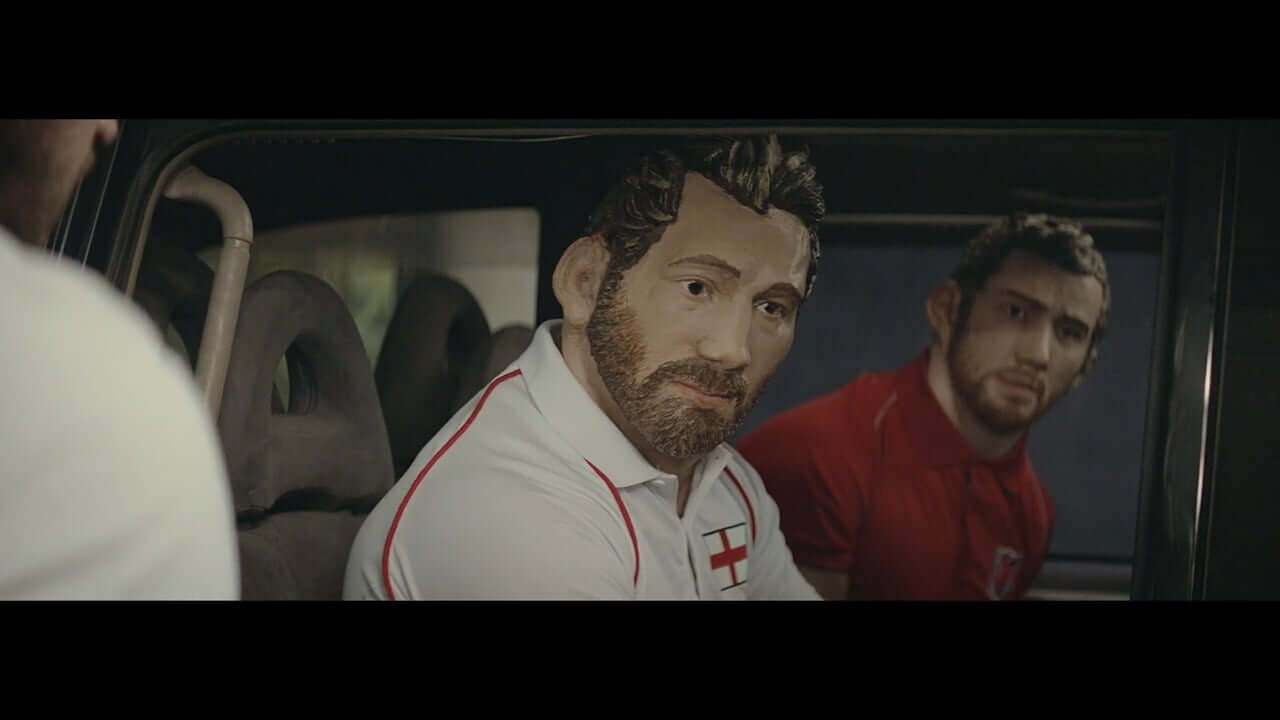 Even if they are wearing numbered, different-coloured shirts.

Well, can you come up with a better explanation what the rugger-buggery is going on in this slightly creepy latex-laden ad for Lucozade Sport ‘Strictly for the Home Nations Only’?

Pegged to the 2015 Rugby World Cup in Twickenham and starring big buff bearded England captain Chris Robshaw and chums, I’ve watched it several times and it still makes no sense to me. Maybe it’s because I don’t follow rugby. Or maybe it’s because I’m not an advertising creative who pretends to follow rugby.

The alternative explanations seem kinda kinky-gimpy. Are we meant to wonder what really went down in the back of that minivan when those norty Wallaby wannabes were cornered in the underground car park? By those strapping England lads wearing muscle-tees and expressionless faces? All that bad acting should definitely carry a Triga warning.

Yes, of course, the ‘straight’ subliminal commercial message here, hedged around with misfiring humour, is that if you drink Lucozade Sport, a sugary ‘recovery drink’, you will look like Robshaw. This is generally the way the supplements industry works -- some ads more explicitly than others. But I’m not sure that ‘acceptable’ message isn’t drowned out here by more disturbing/confusing ones. Masculinity as male impersonation -- a Mission Impossible. (This, after all, is what team sports fans are doing when they wear a replica shirt.)

I admit I’m biased: the recent fashion for styled-beard-with-styled-hair looks to me like a hairy onesie, a mullet mask. One that I imagine wearers peeling off at the end of the day, breathing a sigh of relief, applying lots of wet wipes to their face and neck -- and leaving it to soak in a bucket by the bed.

Mind you, I still totally would ‘wear’ Robshaw.

PS This web ad below from the same campaign is also v confusing -- but who cares?