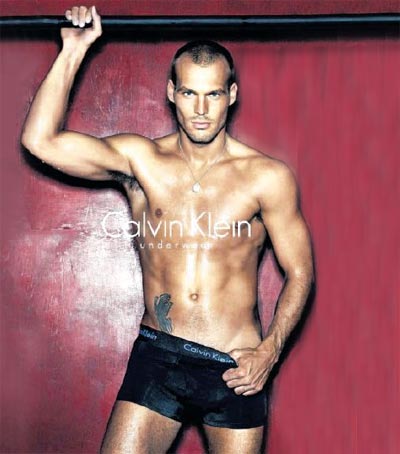 Just in time for the World Cup the July issue of the re-launched OUT features an essay by yours truly on the post-metrosexual pornolization of sport – or what I dub ‘sporno’.  Here’s a (breathless) taster:

‘Sportsmen on this side of the Atlantic are increasingly openly acknowledging and flirting with their gay fans, a la David Beckham and Freddie Ljunberg (the man who actually looks the way Beckham thinks he looks). Both these thoroughbreds have posed for spreads in gay magazines and both have welcomed the attention of gay fans because they “have great taste”.

More than this, they and a whole new generation of young bucks, from twinky soccer players like Manchester United’s Alan Smith and Cristiano Ronaldo, to rougher prospects like Chelsea’s Joe Cole and AC Milan’s Kaka, keen to emulate their success, are actively pursuing sex-object status in a post-metrosexual, increasingly pornolized world.

In other words: they’re not just sports stars, but sporno stars’

You can read the full essay here.