Mirror Men on Canvas – and in Crocs

The Delhi-based artist Pallavi Singh has been meditating on metrosexuality in the Indian subcontinental context again and has very kindly sent me these rather wonderful new paintings and given me permission to post them here.

I think my personal favourite is ‘Rise of Mirror Man’ – I particularly like how his Crocs match his suspenders.

In my recent work “Here comes the Mirror Man” and “Rise of Mirror Man”, I have tried to present the growing confidence and comfort of my character towards metrosexuality, his desire to be adored and his acceptance of his metrosexual needs while remaining unconcerned with labels of homosexuality and cross dressing. 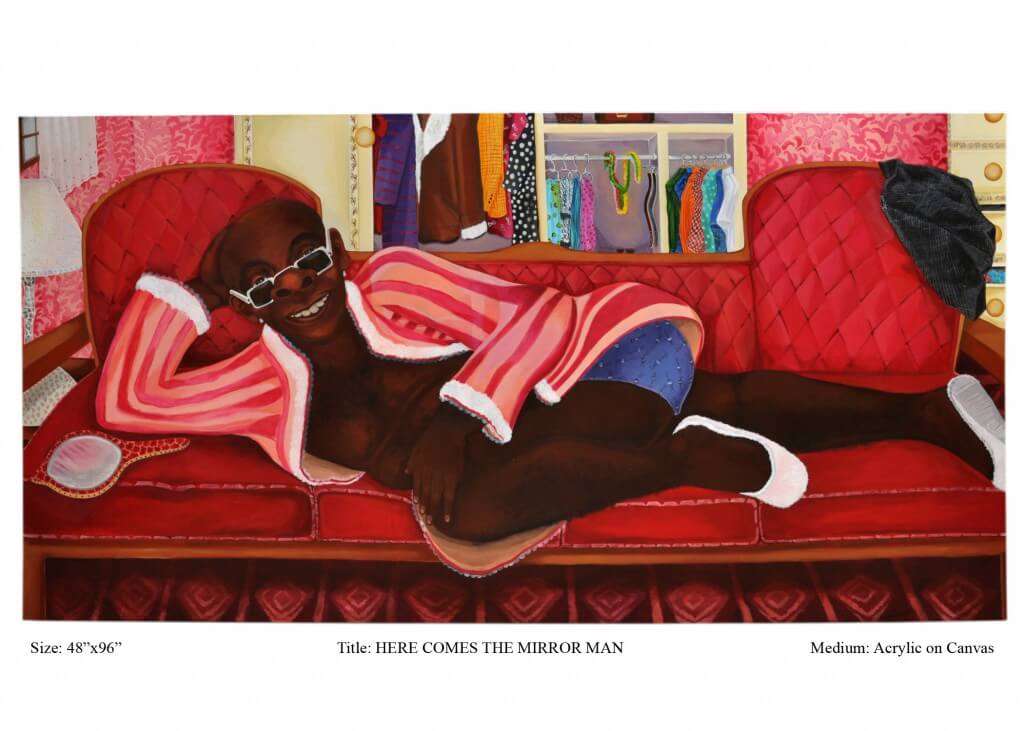 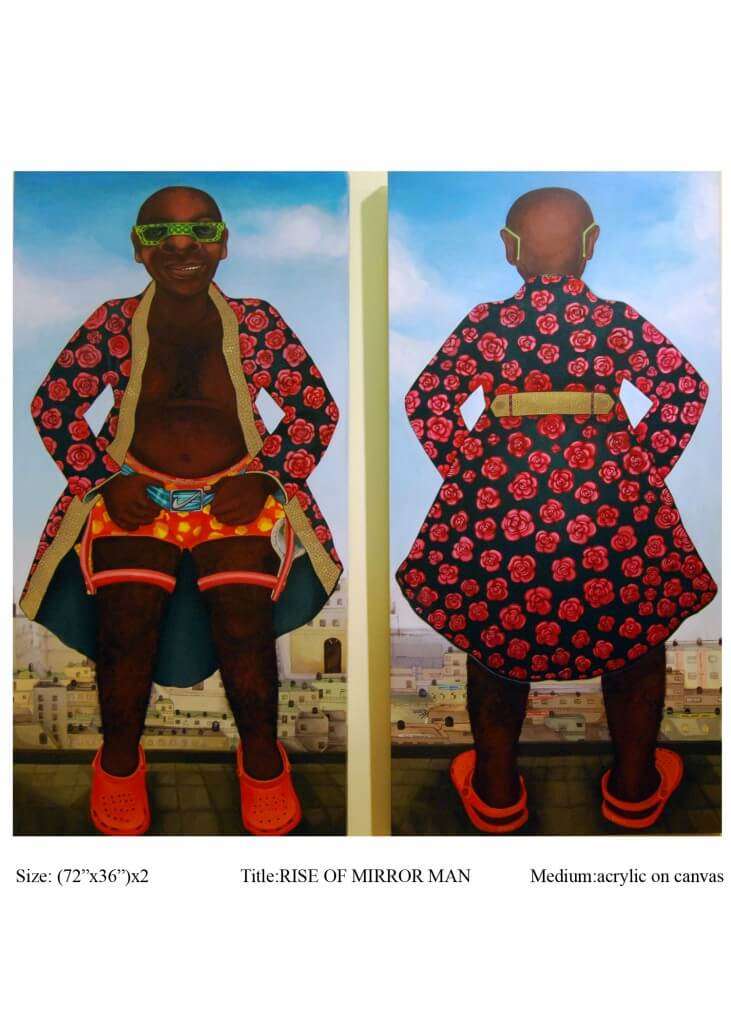 In the painting “Mirror Mirror on the wall”, I have tried to compare the regional 18th-19th century Dandy phenomena with global Metrosexual phenomena of today i.e. the distinction between “to be admired” and “to be adored”. 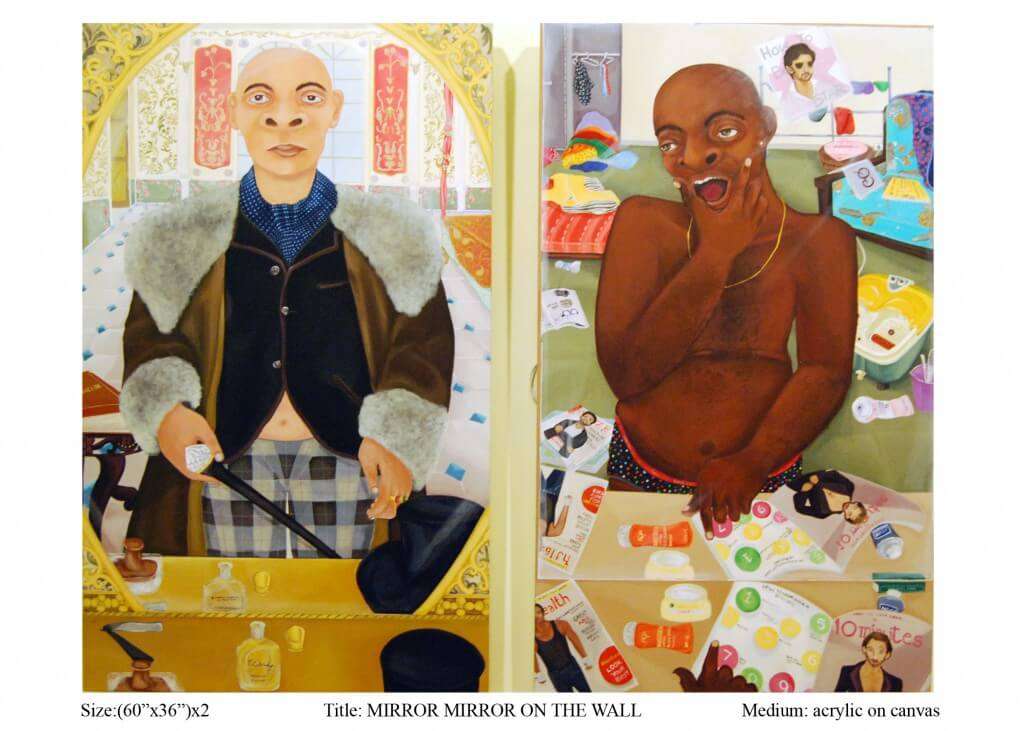 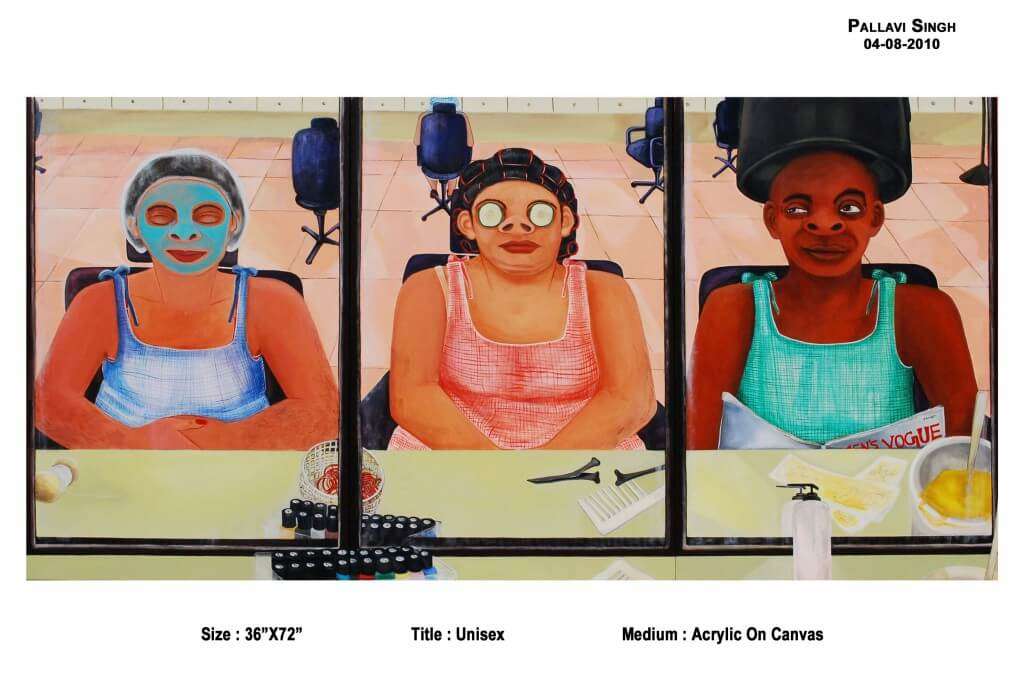 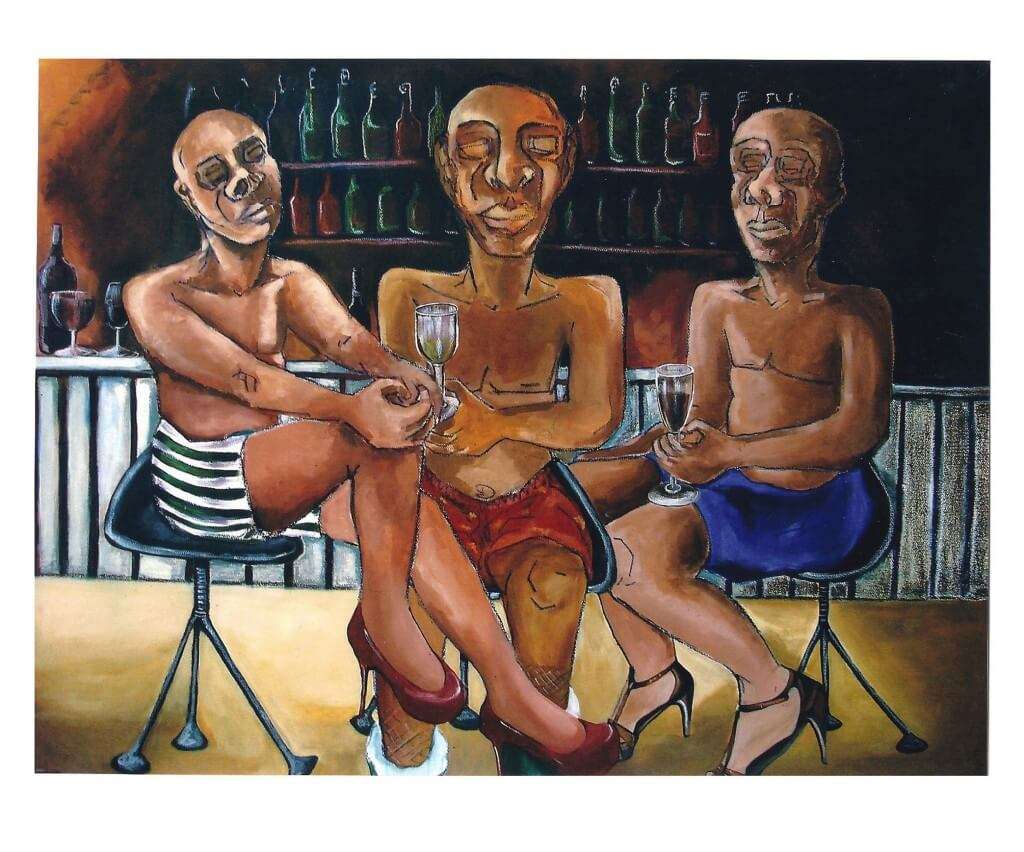 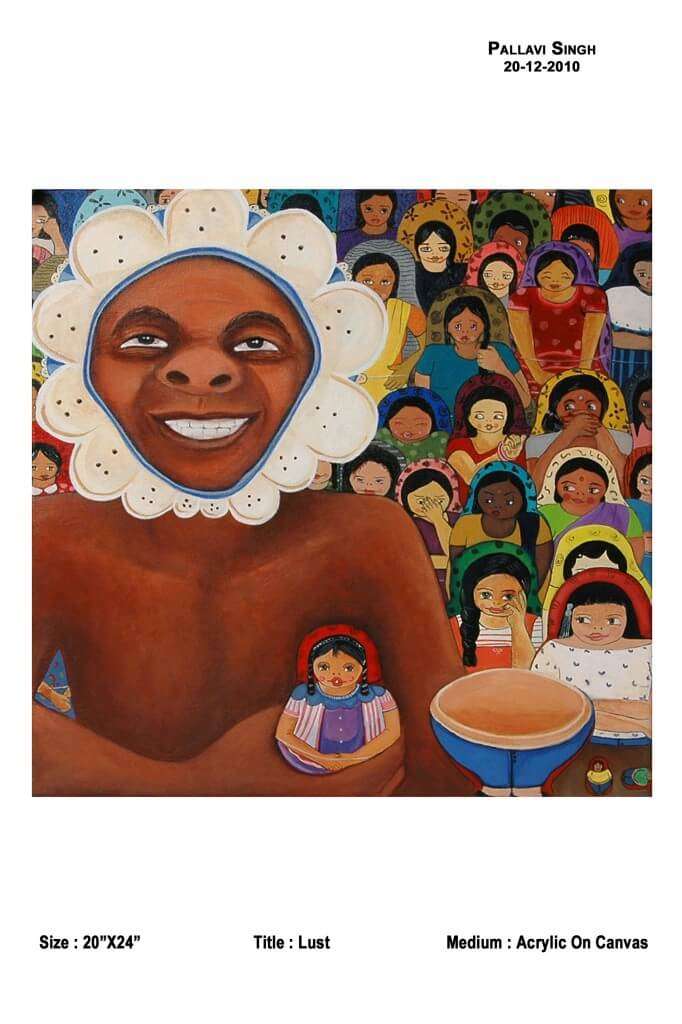