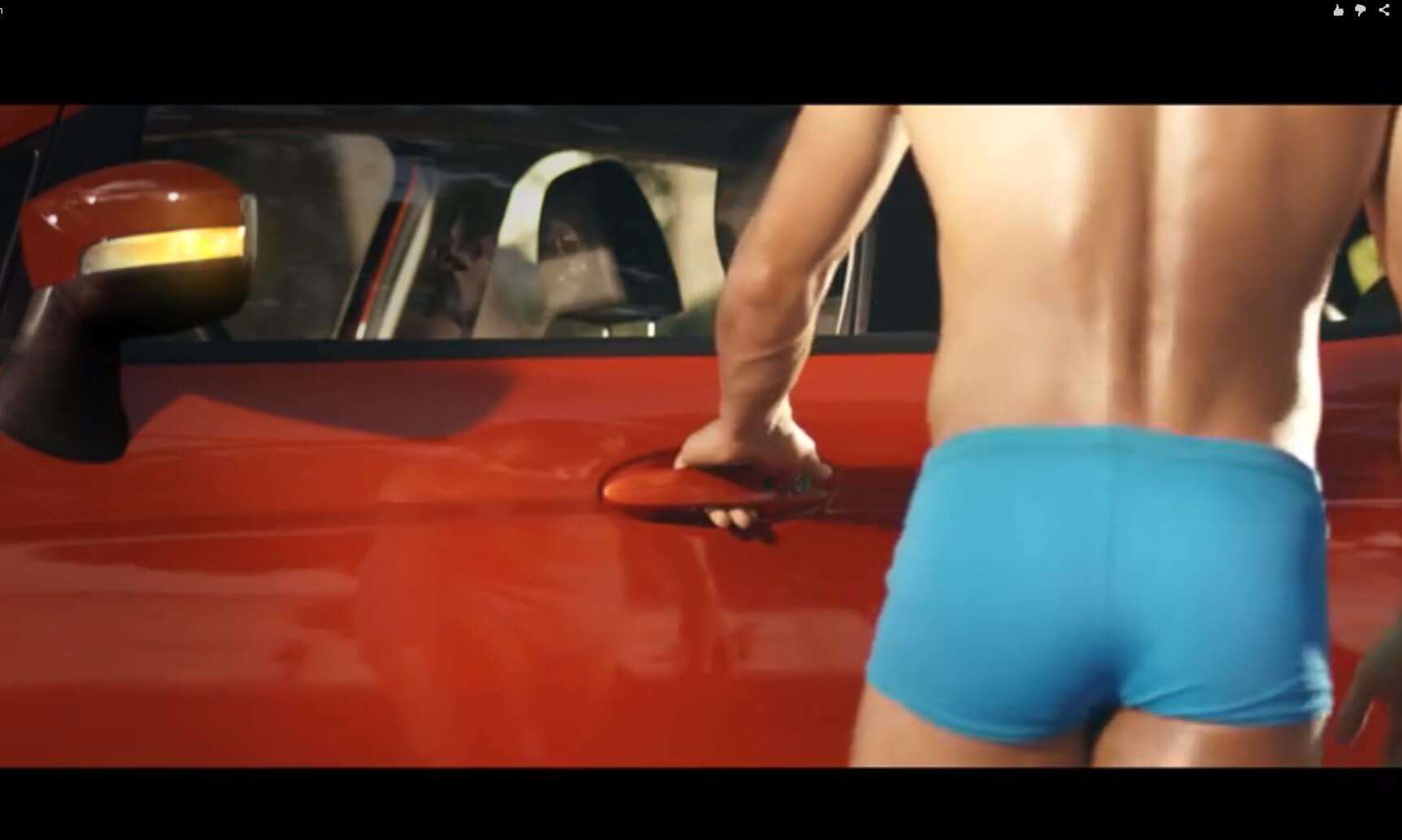 “I call him lollipop”

The sexualisation of the male body probes new, perfectly-rounded depths in this European ad promoting the ‘keyless entry’ feature on Ford cars.

And possibly the use of Ford key fobs as sex toys.

A remarkably well-crafted ad, it makes excellent use of the increasingly blatant modern phenomenon of metaphysical -- and increasingly physical -- male versatility. How men in our spornosexual age are now active and passive. Tops and bottoms. Subjects and objects. Heroic and tarty.

To the strains of an ‘innocent’ 1960s bubblegum pop track in which a girl compares her boyfriend to something sweet to suck, everyone on the beach, male or female, young or old, gay or straight, is having a really good look at the worked-out, oiled-up grinning hottie in the tight trunks sauntering past.

So far, so normal in a world in which the male body has become bouncy castle for the eyes.

As our beach babe approaches his car however, we realise that everyone is supposedly staring because they are wondering how he’s going to get into his locked, lovely new ride.

The obligatory, ‘objectifying’ close ups of his packet and ass served up to us beforehand have only ‘served’ to make it clear that he hasn’t got anything down his pants, save his meat and two vege -- plus two pert buns.

The car greedily unlocks itself when presented with his lunch-packet. Which is entirely understandable.

But we’re staring right at his bubble butt straining against his tight trunks when this happens.

And then the kiss-off strapline spells out the anality of all this:

Where you keep your key is up to you.

So the ad is less about the lollipop and more about the buttered buns. ‘Keyless entry’ is all about male versatility, if not voraciousness.

UPDATE 28/11/15 -- The Italian campaign for this car seems to involve making a male model strip via tweets.