b : a usually petty gangster, hoodlum, or ruffian

c : slang : a young man used as a homosexual partner especially in a prison

‘Pretty Vacant’ (or ‘Vay-CUNT!’ as Mr Lydon sang it in his best Richard III) is my favourite Sex Pistols track. Because it advertises how punk represented above all an aesthetic rebellion, even and especially when it told us, with a face carefully distorted by a stage sneer, it was anti-fashion, anti-beauty. It was really glam rock again, but after having been to art school – and with the lining turned inside out.

Because the Sex Pistols were very pretty. In a Dilly meat rack kind of way.

Punk theatrics aside, it’s also just a very good pop song. Glen Matlock wrote ‘Pretty Vacant’ after hearing Abba’s ‘SOS’ (which happens to be my favourite Abba song too). Matlock’s contribution to the Sex Pistols has often been underestimated – certainly his pop sensibilities and work ethic seemed to embarrass the rest of the band.

So he was given the boot and replaced by John Lydon’s best mate Sid Vicious for the ‘Pretty Vacant’ promo. Sid’s job seems to have been mostly to stand around flashing his cheekbones and looking… pretty vacant. Which he did very well. (Though I personally would have saved my fattest, most appreciative projectile gob for the fine-featured blond drummer Paul Cook hammering away reliably at the back.)

The classic promo clip of ‘Pretty Vacant’ was included in a line-up of punk era tapes from Auntie’s vaults in ‘Punk Britannia at the BBC’, part of BBC4’s ‘Punk Britannia’ documentary series – providing somewhere for old punks to hide from the Diamond Jubilee.

To be honest, I’m getting almost as tired of documentaries about punk rock as I am of Royal Jubilees. Punk is beginning to be like ‘The War’ that Johnny Rotten et al complained hearing about all the time when they were growing up. But I still watched it.

And I was struck again by how male (and how white) punk was. Only three or four of the twenty or so acts collected here have women in them at all, let alone female leads. Part of the reason why the great late Poly Styrene performing ‘The Day the World Turned Day-Glo’ and Siouxsie Sioux’s ‘Hong Kong Garden’ seem like such stand out songs here. Perhaps because they weren’t trying too hard to be punk and weren’t afraid to be poppy they were actually better punks.

For all the revolution, anarchic energy and DIY creativity of punk – which did ultimately help open up the ‘industry’ to women – there was also a lot of conformity. Very phallic conformity that looks even more dated now than the prog rock it was rebelling against. On stage, young sweaty skinny men jumping up and down shouting and urgently strumming their guitars. In front of the stage, sweaty skinny young men pressed against one another, jumping up and down and ejaculating phlegm at the sweaty skinny young men on stage.

Not that there’s anything wrong with that. And if I’d been old enough I would have had a whale of a time in the front row. But after a while it does get a bit tired. Especially when we now have websites for this kind of thing.

Anyway, getting back to the theme of my favourite Pistols track ‘Pretty Vacant’… it would probably have been faintly heretical to some to ask it at the time, but who was the prettiest punk?

Since punk was mostly a boy thing – and Siouxsie Sioux for instance was more magnificently terrifying than ‘pretty’ –  I’m really asking of course who was the prettiest boy punk (or ‘young man used as a homosexual partner especially in a prison’ as the dicktionary definition of punk has it).

Billy Idol, with those extraordinary pouty, enveloping lips that invited as much if not more than they snarled? 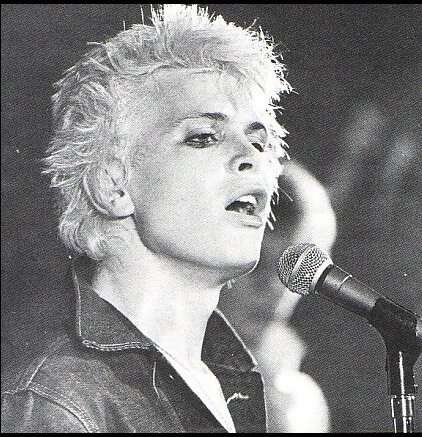 Orgasm addict Pete Shelley, the (openly gay) boy next door whose beguiling, big, brown Manc eyes followed the camera as it dollied around him? 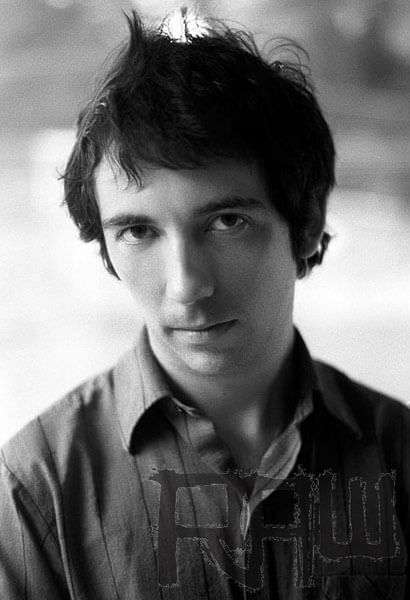 Dave Vanian, whose heavily made up slicked back look seems to have prefigured New Romanticism (and whose name sounds like a mannered anagram of ‘vain’)? 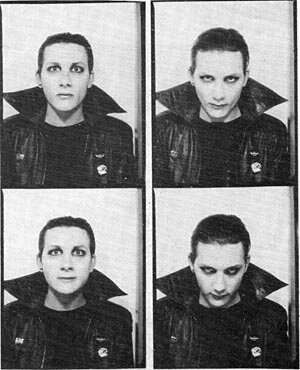 Paul Weller, who had the angriest, most appetising Adam’s apple in the business, and a beauty spot on his lip? 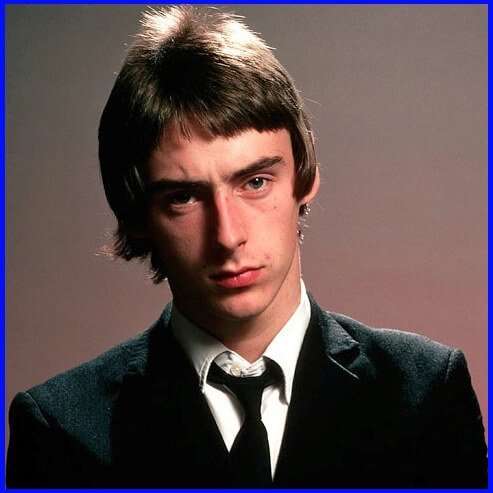 Or how about Ian Curtis, the spasming James Dean of punk? 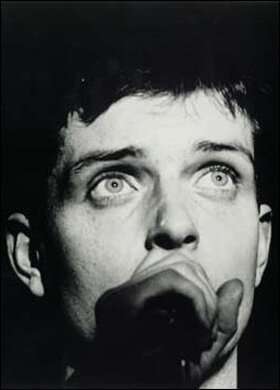 One thing’s for sure. It definitely wasn’t Bob Geldof. (I’m not posting a picture of him here as that would only spoil the enjoyment of the others.)

It’s all a very subjective business this prettiness thing, isn’t it? And I’ll bet you will have your own nominations, possibly written in felt-tip pen or carved in your school desk. But on the basis of the TOTPs performances captured in Punk Britannia at the BBC I’m strongly inclined to give the Prettiest Punk prize (a fiver and a cheeseburger at Wimpys) to Bernie Masters of Eddie and the Hot Rods. ‘Do What You Wanna Do’ is a great and timeless song. It’s also ‘pretty’ instructive.

As he jumps around, baring his defined torso, thrusting his groin and wiggling his butt, Masters is channelling Mick Jagger of course, perhaps with a little Iggy Pop thrown in – but, as that great contemporary Svengali Louis Walsh (that’s punk sarcasm by the way) likes to say over and over again on ‘X Factor’: he makes it his own.

And it’s the most fetching, most sexual, most Dilly-esque performance in this line-up.

Eddie & The Hotrods Do Anything You Wanna Do 1977 TOTP Stereo