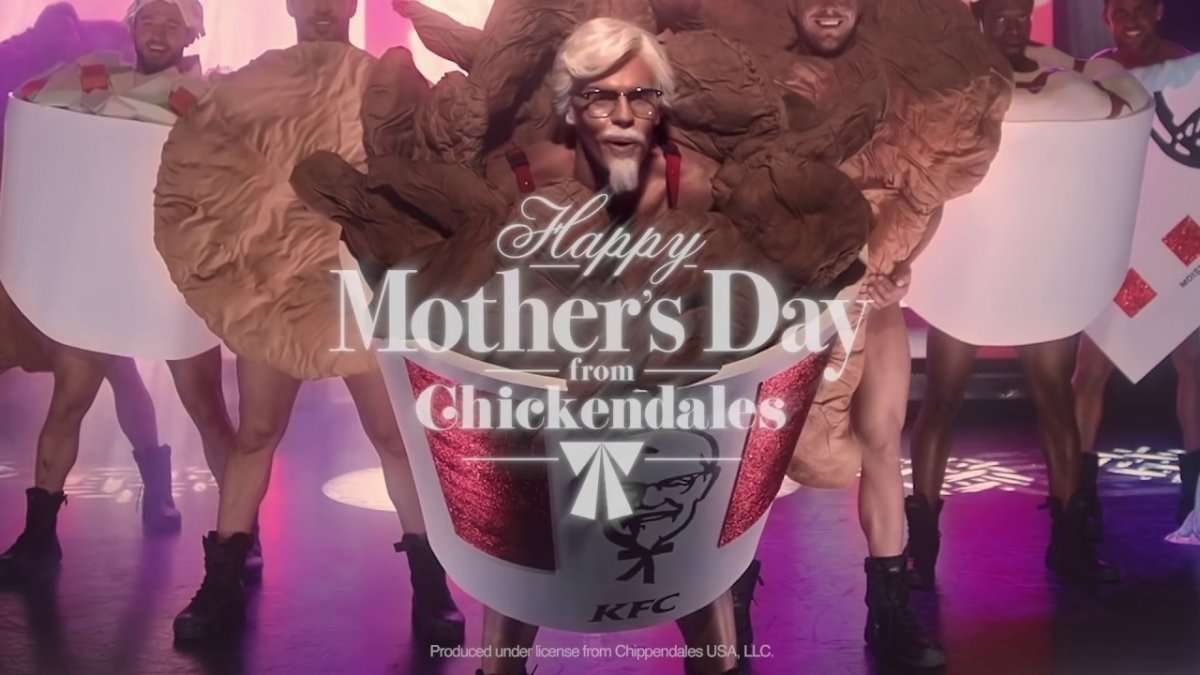 In a new Mother’s Day-themed KFC ad he leads a selection of prime succulents: stripped, battered and deep-fried, covered in MILFy sauciness -- just begging to be eaten.

So many baskets and buns -- so little time.

OK, it’s fingerlickingly awful. Mind you, you have to give it credit for taking on not one but two taboos in one ad: cannibalism and incest.

It’s possible of course, in an age of viral annoying advertising, that its awfulness was intentional. That I was meant to groan at this ad, its terrible taste, and share it, snarkily. In which case, it worked a treat.

But even if it was intentionally awful, it’s difficult today to imagine the roles reversed and a KFC ad featuring a troupe of female strippers moaning “I LOVE you, dad!” served up deep-fried in a bucket.

(But if you want to creep on the yummy guys online Delish.com has found and listed their individual Instagram accounts for you.)