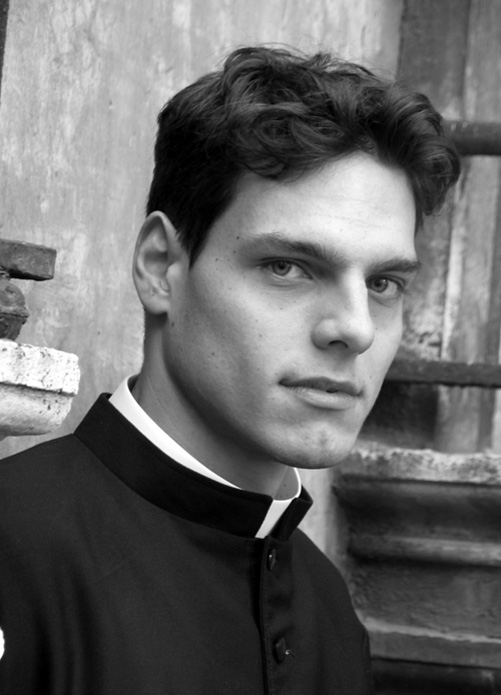 Holy Mary, Mother of God!  Is nothing sacred?

After the shameless, pagan idolatry of the Dieux Du Stade sporno calendars, some shameless Catholic idolatry in the form the Calendario Romano.

Certainly, the images are inspiring.  I mean, who wouldn’t want to kneel before these divine young men and receive the body of Christ?

Perhaps because of its classical antecedents, the Mother Church has always understood the power of beautiful things  – and beautiful young men – to arouse the faithful: whether or not the unmarried status of priests means they are closer to God it undoubtedly means there’s nothing between the congregation and a devoted, passionate attachment to the star of the smells and bells show.

In fact, the celibacy of priests probably provided the inspiration for the official singleness of contemporary boyband members (not to mention former celibate but still officially single Morrissey, who has even appeared onstage dressed as a priest).

But it’s a sign of the times – and Rome’s total impotence in the world of images that it used to completely control – that we now have priests being presented as boy-band members, and apparently loving it. This Massturbatory material may not be officially sanctioned, but in suggesting a Vatican directed by Cadinot, a Romasexual Christianity in which sensuality and carnality are acknowledged and celebrated, a world in which priests want to be pouting pin-ups, it suddenly makes Catholicism seem almost vital – and, that most modern, most holy of accolades, sexy.

Which in turn only makes you fully realise how beyond salvation it is. 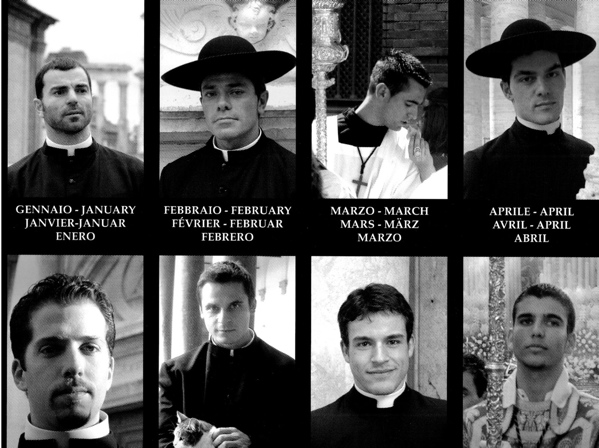