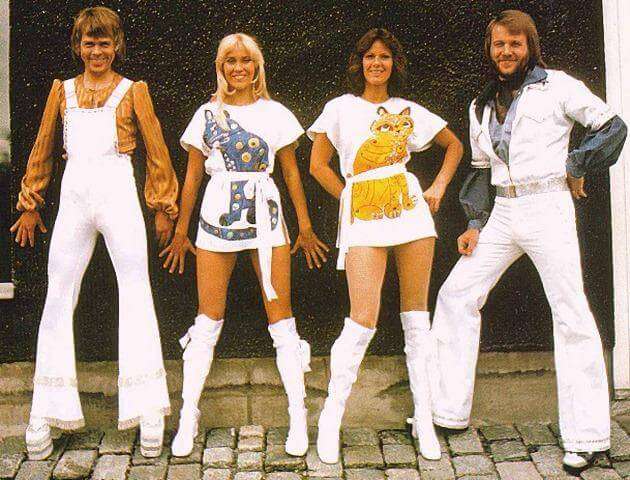 So bellowed an ageing transsexual Terence Stamp in Priscilla Queen of the Desert, driven to distraction by his fey fellow bus passengers’ obsession with the silly Swedish 1970s super group.

Some hope. We’re all trapped on a Day-Glo bus full of drag queens squawking along to a loop tape of Abba Gold playing on the stereo. And that’s just watching the Sydney Olympics. The Abba revival in the 1990s turned out to be not so much a rediscovery of a critically overlooked band, as an ascension to pop cultural Heaven and eternal airplay.

Bjorn, Benny, Frida and Agnetha are all our angelic friends now – and we believe in them, something good in everything they do. We hear their sweetly harmonious voices almost every day, though they stopped making records 20 years ago. And we still see their warm, smiling, never-ageing, non-aligned Nordic faces, the epitome of benignity. They just want us to be happy. In fact, Bjorn, Benny, Frida and Agnetha are not just our friends – they’re our parents. Not our unconvincing, biological ones, but our shiny, postmodern ones who will never let us down, except perhaps in their dress-sense. After all, the cute acronym of their names Abba means “Our father” in Aramaic (though in Sweden it’s also the name of a tinned fish company).

Abba were a fiendishly clever and catastrophically successful Scandinavian plan for total world domination. Deploying pop singles instead of longboats, aspirations instead of horned helmets, they kidnapped pre-teen children everywhere, ultimately making the world safe for that other Swedish four- letter word: Ikea. Abba were the ultimate suburban aspirational group and the two crooning couples the ultimate aspirational parents. Now that we’re grown up, we’re all Abba now. We’ve all bought the dream of Swedish bourgeois classlessness, excellence and niceness, the soft furnishings and cool green frosted glass kitchen cabinets that scratch surprisingly easily if you’re not really careful.

It’s significant that nowhere was Abba’s strategy more successful than in Australia, where not just pre-teens, but pretty much the whole country was abducted overnight. When they performed on TV there, more than half the population tuned in. Abba: The Movie was set in Australia. The Abba tribute band Bjorn Again is Australian. Australian films are obsessed with Abba (eg Priscilla and Muriel’s Wedding).

Why did Australia go “ABBAustralian” as one paper put it at the time? Unkind Poms might say it was because the Aussies identified with the Swedes’ problems with the English language, but the truth was that Australia, the former penal colony, was a “bastard” country looking to be adopted by well-mannered parents with nice teeth who weren’t sheep farmers or uranium miners.

The Abba makeover to which Australia surrendered worked perfectly: nowadays Australia is a country of nice, friendly middle-class people, dental hygienists, publicists, models, personal trainers, lawyers and cheery soap operas. In other words, once assimilated, Australia was able to go about the business of running the AbbaWorld. Hence that triumphal climax of last year’s closing ceremony at the Sydney Olympics, broadcast around the world to billions, featured AbbaChild Kylie Minogue on a Priscilla float singing “Dancing Queen”, the national anthem of AbbaWorld. (And a literally irresistible pop song – which is to say, it wrestles your better judgement to the floor, sits on its face, and leaves you free to make a complete fool of yourself.)

Britain was the first non-Scandinavian country to succumb to Abba, that Eurovision night with Katie Boyle back in 1974 at the Brighton Dome was when we met our Waterloo. It’s probably why that nice Mr Sven has had so much success with his makeover of the English football team, most of whom were born post Abbassimilation and have no trouble recognising their masters.

Scandinavian design, with its clean lines, high quality, what-you-see-is-what-you-get lack of hierarchy, is the only kind of bourgeoisdom we Brits seem willing to recognise nowadays. Those satanically clever and clean Abba hook-lines and impressive arrangements (praised now by everyone from Pete Townsend to Bono) were the product of craftsmanship and professionalism. The very things that made them deeply unhip in the 1970s and led to them being described as “cynical” and “icy” are what makes them the soundtrack to a careerist, managerial age. Those tunes may have sounded innocent to kids back then, but now that they have grown up they’re glad to discover that they weren’t – that like everything else these days, they were very, very calculated.

I’m not sure how much of this fellow Swede and uber AbbaChild Carl Magnus Palm, author of Bright Lights Dark Shadows: The Real Story of Abba would agree to. The flyleaf describes him as “the world’s foremost Abba historian”, but really his book isn’t as bad as that would lead you to believe. It’s all clearly and soberly written, painstakingly detailed and incontrovertibly definitive. Very professional. Well crafted. The prose slides in and out smoothly like a fitted kitchen drawer. But there are not enough clean lines. Some of this detail and definitiveness is not likely to appeal, unless you’re the world’s No 2 Abba historian. Thankfully, his main thesis about “the Nordic angst being there all along, just beneath the surface” isn’t really borne out. So the band members turn out to be actual human beings who have rows and bust ups? Big deal. There are fewer “dark shadows” here than in an Ikea showroom. And, being an AbbaChild, the author can’t contemplate the possibility that Abba itself may have been the “dark shadow”.

As a pal of mine, a blonde male-to-female transsexual Abba fan (“Abba made me what I am today!”) pronounced after devouring the book: “There’s no dirt. No one’s ever been able to find any.”

She didn’t sound disappointed. Which is, perhaps, the scariest thing of all about Abba. 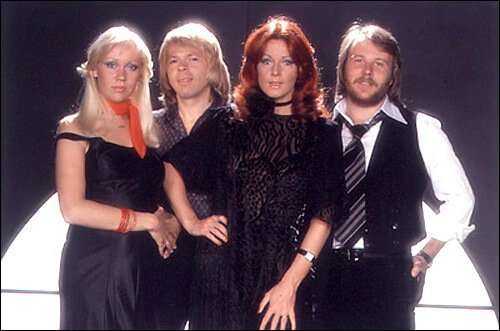 Originally appeared in the Independent on Sunday October 2001