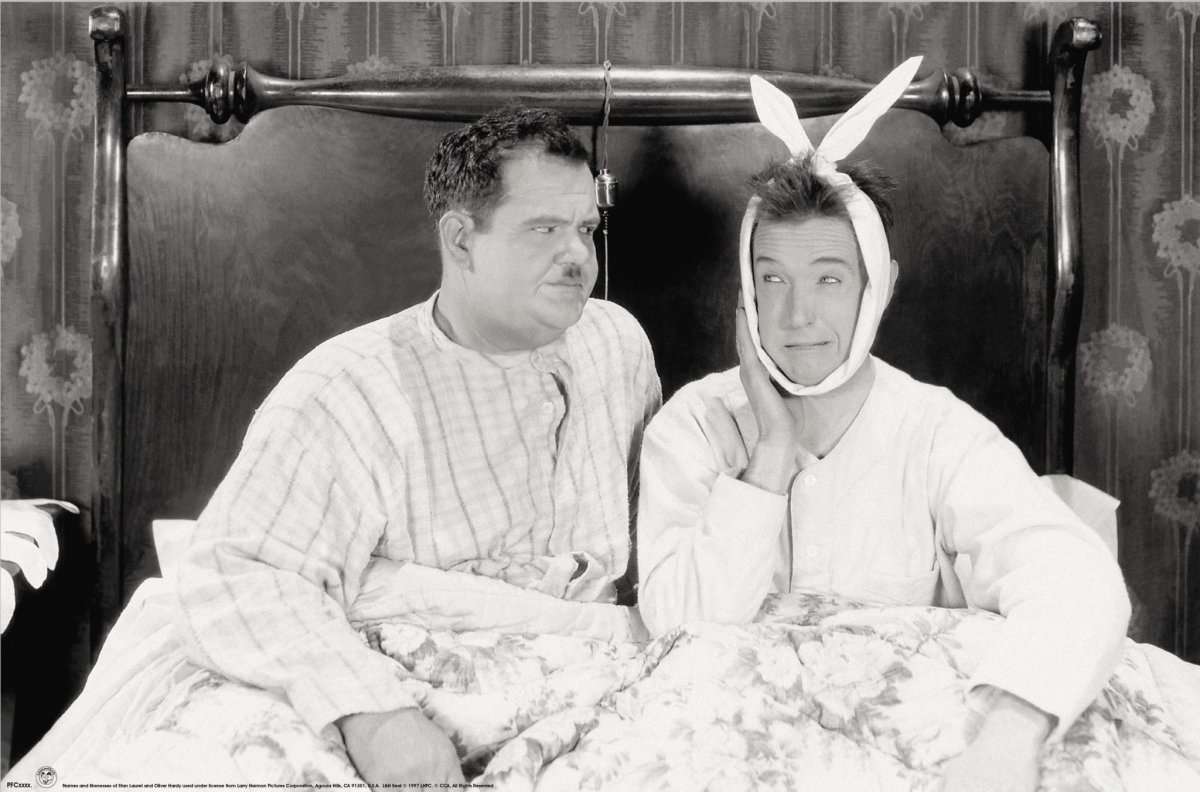 I’ve yet to see it, but the just-released Stan & Ollie film about Laurel and Hardy’s disastrous, almost-posthumous tour of postwar Britain seems to be about their love for one another -- or our investment in the idea of it.

Back in the no-homo early 1990s me and my pal Nick Haeffner wrote a newspaper piece on the ‘queer’ appeal of their touching on-screen relationship and of male comedy duos in general -- but it was cruelly spiked. I expanded it and included it as a chapter -- ‘Funny Men’ -- in my 1994 book Male Impersonators (which is, clutch the pearls, twenty five years old this year).

To celebrate the release of Stan & Ollie and also a quarter of a century of Male Impersonators, ‘Funny Men’ is available in full on my Patreon page, unlocked for a short time so non-patrons can access it. (Apologies in advance for the mention of Judith Butler -- it was the early 90s and Male Impersonators was commissioned by an academic publisher.)


Unable to hold down a job for the length of a film, irresponsible, cowardly, living in the shadow of their Amazonian wives and regularly given a good pasting by them, our heroes are wonderfully, thrillingly catastrophic failures as men. Which is of course why we love them — gay or straight.

I’ve made liberal use of stills and gifs, but unfortunately Patreon doesn’t allow embedding of videos, so here’s what may be my favourite Laurel and Hardy Clip Of All Time. It’s a scenario I think we have all experienced at some point:

Also currently unlocked on Patreon is ”Oneymoons & Bloody Deviants’ an extended essay on how gay love stories lost their way at the movies -- and how a tiny ‘for schools’ film made three decades ago was much more worthy of the praise and plaudits heaped on spectacularly mediocre films like Call Me By Your Name and God’s Own Country.

A sentimental, soapy love story isn’t enough to carry a movie now, just because your lovers both happen to have penises. Or are highly unlikely characters. No matter how beautiful or brooding or straight acting they might be, or how impeccably metropolitan and liberal the sympathies of the impossibly rurally-located film might be.

Oh, and remember, for as little as $1 a month you can become a patron and get access to my premium postings, early access to work and news about new projects. I can’t promise you a Scudder will climb a ladder to your bedroom for that kind of money -- but hopefully you’ll get an occasional treat or two.