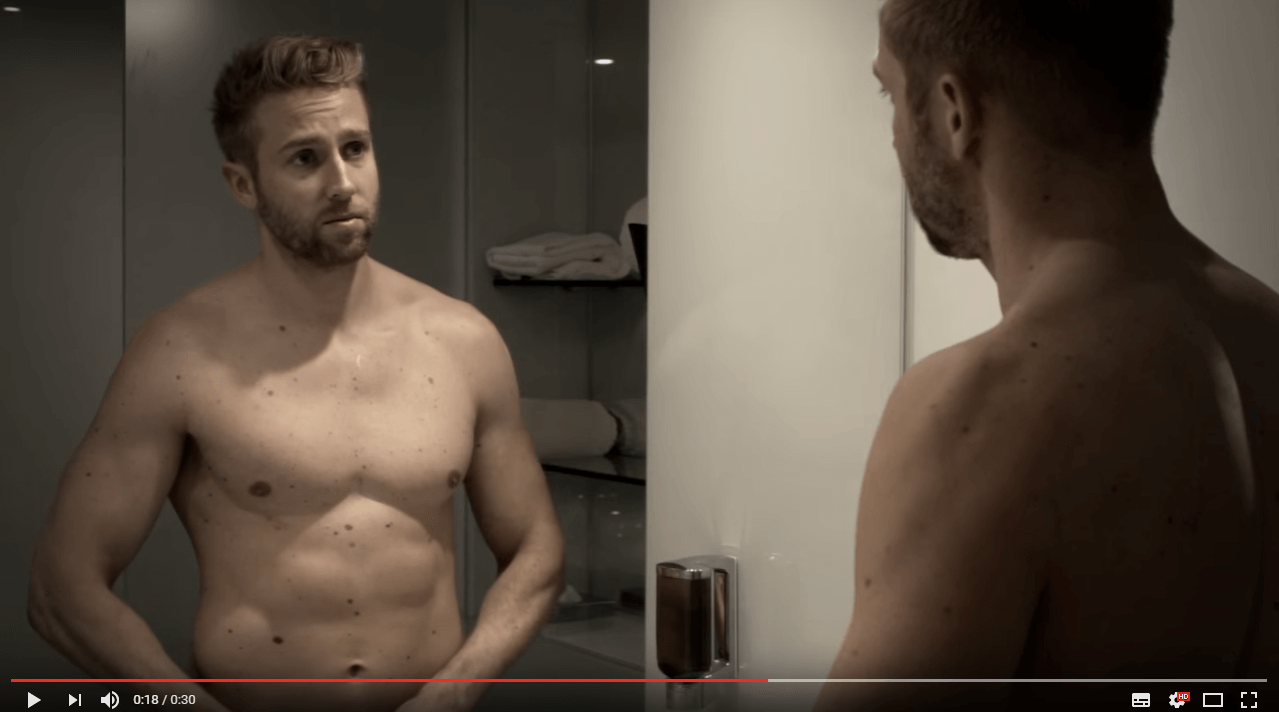 Balls on the Box: Male Grooming’s Groping For New Markets

All these nicely-presented years on from the birth of the metrosexual -- he turned 22 this month -- and my prediction that he represented the future of masculinity, out and proud male vanity shows no sign of getting bored with itself, or running out of cash to splash. ‘Male grooming’ is still booming: it’s a fine-smelling, thoroughly-moisturised market estimated to top £14.8bn globally this year.

But now that almost every post-pubescent male shares his bathroom with a buff puff there is a danger that the market could become as saturated as men’s skin. In order to continue growing, and create demands for new products, male grooming increasingly has to boldly go where no ad has gone before. Groping male consumers intimately in the quest for new frontiers of needs.

And this TV commercial currently airing in the UK is very bold, as Julian and Sandy would say. It features a man playing with his balls on prime time.

Below The Belt Grooming Commercial

‘Only a few decades ago if you wore underarm spray you were not considered to be a REAL MAN,’ says the strangely robotic (butch?) voiceover, as we watch a young, worked out, fashion-bearded male performing his most personal ablutions in his mirrored privy. ‘A few decades’ looks like a millenia.

The Scottish-American text-to-speech app goes on to tell us that talcum powder ‘around your damp bits’ was acceptable back then, but ‘black suave underpants put paid to that messy solution’.

Yes, those black suave underpants that I’m probably to blame for.

He continues (I had to replay this bit several times to understand what was being said): ‘Lots has evolved since then, but men are still just as badly-designed downstairs.’

Are we? Speak for yourself, dear!

But before we can ponder that statement, or assess whether sweaty knackers are really such a major social problem, we’re slapped in the face with a irresistible question:

‘Surely modern man deserves the choice of being comfortable all day?’

Well, who can argue with choice, comfort and deservingness? And besides, the model is nodding in agreement at this point. Or maybe ecstasy -- he’s clearly handling himself now. While admiring his reflection in the mirror.

‘Welcome to Below the Belt grooming and fresh and dry balls!’

Then the corny kiss-off line which is, it has to be said, the dogs bollocks:

‘Your balls are safe in our hands!’

The effect is to make the ad -- sorry, testimonial -- a WTF? moment. Is this is a spoof? Is this product real? Or is there some double entendre here that I’ve somehow missed? Surely they can’t be being this direct on the tellybox?

And then you find yourself wondering well, why shouldn’t balls be mentioned in telly ads, without coyness or evasion? Even if yours aren’t ‘badly-designed’? Men’s balls exist! They have needs! They have feelings! (Which can, as any man will tell you, be hurt very, very easily.) And they need to breath! It’s about time they stopped having to hide and came out.

The sweaty nads ad is perhaps not quite as clever or funny -- or even as ‘ballsy’ -- as this ‘I’d f*ck me’ US Phillips manscaping ad from a few years back which took male vanity to its logical, self-loving conclusion, but it’s up there. Or down there. Certainly we’ve come a long way since this anxious 1968 UK commercial that sought to tell us that spray-on deodorant wasn’t girly or gay at all because manly, pub-going, bird-chasing, working class England footie heroes used it (and it was kept in the locker-room first aid cabinet because it was purely medicinal and not at all cosmetic).

Post-Beckham, all professional footballers have monogrammed Luis Vuitton washbags filled with the latest, most expensive male cosmetics issued along with their football strip.

Some of course will worry that the Below the Belt ad is just more horrifying evidence that metrosexuality has gone Too Far. That men are being emasculated by their ‘girly’ vanity. That along with ‘extreme’ manscaping trends such as increasing numbers of men apparently shaving their legs, and the arrival of ‘scrotal lifts‘ consumerism now has men by the balls.

And perhaps it’s true that consumerism is trying to create new male neuroses merely to sell more products, in much the same way that it has done with women for decades. That’s a kind of equality, I suppose.

Others might argue that it merely comes down to more freedom, that as the ad says, ‘surely modern man deserves the choice’. You don’t have to Immac your legs or baste your bollocks if you don’t want to. Pants may have got tighter but masculinity is much less restrictive than it used to be, and as a result men are less inhibited than they used to be -- and more likely to do things that might seem a bit silly.

Besides, isn’t it a good thing that men are being encouraged to ‘examine’ their testicles daily -- especially during Movember? Not all bollocks are created equal -- some balls really are sweatier than others. And maybe testicle antiperspirant gel is a potential solution to that terrible modern scourge of ‘manspreading’.

As for me, my main concern is simply this: does Below the Belt come in different flavours?