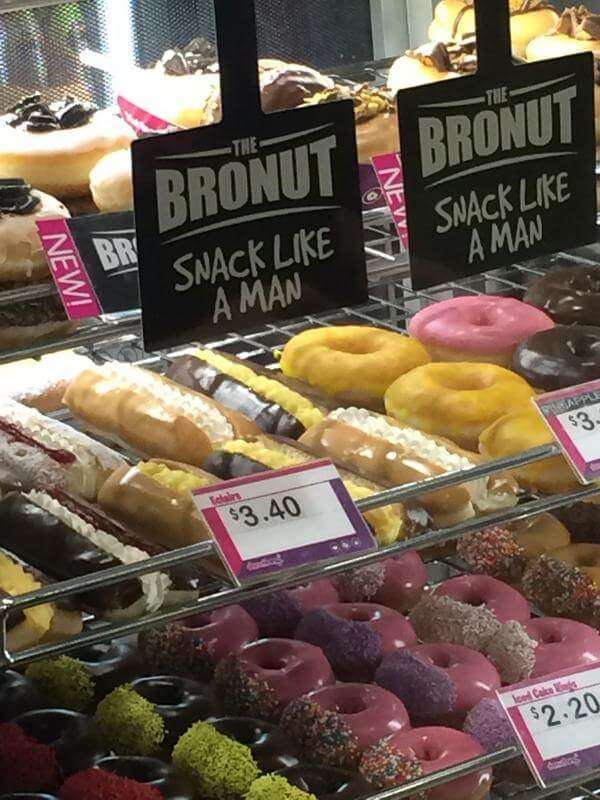 I usually avoid linking to anything on Buzzfeed. On principle. I forget exactly what that principle is but I’m sure it was a very good one.

However this list of ’27 gendered products’ is rather funny. ‘Gendered products’ is of course a polite way of saying manly strap-ons – things that have to be butched up so that men’s penises don’t shrivel and blow away when they use/do them. Scary things like sunscreen and soap.

I say ‘men’s penises’ but really I mean American men’s penises. Most of the manly strap-ons are American – very American – and began to come on thick and strong during the faux backlash the US had against metrosexuality in the late Noughties. Remember the ‘menaissance‘? Thought not.

Strapping a ‘man’ word onto something not very manly (manscara, mandates, manbag) was a kind of phallic pacifier, a lucky charm against any anxiety about sexual ambiguity. In other countries, such as Australia, this might have been done with humour and irony – but not in the US.

It was after all the US which gave us, in all seriousness, the ‘lumbersexual’ – the manly strap-on man (who worked in IT or artisan coffee retail). And before him the ‘ubersexual’, the ‘heteropolitan’ and the ‘machosexual’. All hysterical reaction-formations to the metrosexual.

Four years ago I hoped that manly strap-ons and campy codpieces had peaked – or drooped – with ‘hegans’. You know, men who don’t eat meat but aren’t faggy at all but MANLY. I was so wrong. Apparently there is such a thing in the world as ‘Mangria’ – though probably you shouldn’t drink it with a raised pinky, or even too much fruit.

And ‘bronuts’. Which you eat when you want to ‘snack like a man’. Whatever the bloody Nora that means.

My favourite though is the manly soap with grips – a very practical addition. Ensuring, of course, that it is NEVER DROPPED.

A Metrosexual Gorilla (With Spornosexual Tendencies)