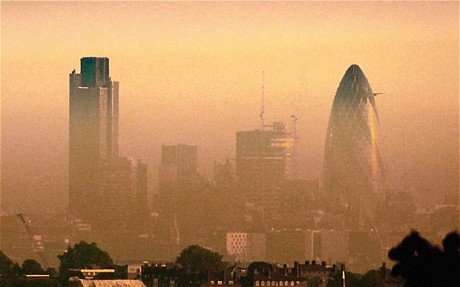 Incompletely Combusted – How Diesel Didn’t Save the World

This was the question posed ten years ago in an animated ad that was as impossible to avoid as the products of incompletely combusted fuel in built-up areas. It began with noisy, dirty diesel engines flying over a pretty, super-saturated green countryside which rebelled against them.

‘Hate something, change something’ choruses the soundtrack, and a flock of shiny, newly-designed, silent, clean – and green – diesel engines arrive from Japan and the countryside greets them in joyful raptures. Diesels have saved the world!

‘Grrr’ as the promo was called, was tremendously popular. It won several awards, including Adweek’s ‘commercial of the decade’. More to the point it also succeeded in boosting the sales of diesel engine Honda Accords from a mere 518 units in 2003 to a gagging 21,766 in 2004.

Now, I’m sure that Honda’s newly-designed diesel engines were rather better than the ones that went before, but the basic premise of the ad and more particularly of government and EU policy since the early Noughties that diesel represents a ‘green’ fuel that we should all embrace, was total organic fertilizer.

But embraced it we have. A decade on and half of all UK car sales are now diesel, the total on our roads rising from 1.6M in 2004 to 11M of the clattering things today. With the result that London is one of the most polluted cities on earth (again).

Stung into action by whopping EU fines for being so filthy, its mayor Boris Johnson recently announced a £10 surcharge starting in 2020 for diesels entering the capital. Ever the populist, he also offered support to The Sun’s campaign to ‘compensate’ diesel owners for scrapping their cars. Diesel owners who have been in effect subsidised by petrol drivers for the past decade or so through a VED based on CO2 emissions.

London is unlikely to be alone in spurning diesel. By the end of the decade 18 cities across UK are expected to fail to meet EU clean air targets for NOx, or nitrogen oxide, thanks to ‘green diesel’.

Hate something? Diesel engines emit ten times as many fine particulates as petrol engines and up to twice as much NOx. Particulates damage the lungs when inhaled and can cause permanent stunting of children’s lung growth. NOx pollution is linked to 7,000 deaths p/a.

Last year the UN’s WHO declared that diesel caused lung cancer and was as serious a risk as passive smoking. Research estimates that diesel-related health problems cost the NHS more than ten times as much as comparable problems caused by petrol fumes.

Cheery cartoon stuff indeed. Ironically, the animated diesel utopia ad of 2004 showed a rural setting, where diesel engine pollution is minimal. It’s actually in densely-populated urban areas with high volumes of traffic – i.e. where most people in the world now live – that the real problem lies.

The compression-ignition engine, to give it its technical name, was originally designed by Rudolf Diesel 1897 to replace stationary steam engines – and was intended to run on coal dust. It is, to be sure, an engineering marvel. Lacking a carburettor or spark plugs, instead the high compression of the air in the cylinder heats and ignites the heavy, paraffin-like fuel when it’s injected. The higher compression ratio of the diesel engine combined with the higher density of diesel fuel means that modern diesel engines have an impressive 20-40% MPG advantage over petrol.

Which is the reason why they were touted as ‘green’ when combating global warming became the headline environmental issue. Because of their greater efficiency they produce less CO2 per mile than petrol engines. Theoretically, by switching to diesel we would be helping to save the planet from man-made climate change.

But you don’t have to be a climate change sceptic/denier to consider this a very theoretical, perhaps almost metaphysical concept, given all the other variables.

And there’s nothing theoretical or, alas, metaphysical about the impact of the other things that diesels emit in much greater abundance than petrol engines. It’s in the very nature of a ‘coal dust’ diesel engine that it will be ‘dirtier’ because the fuel is not fully-combusted.

Shockingly, it’s precisely for this reason that European standards for diesel exhaust have not been as strict as for petrol engines. It’s also increasingly clear that much-touted modern technologies to control diesel pollution don’t work very well in the real world, as opposed to the laboratory – or cartoon commercials. A 2011 government test to measure emissions from vehicles in everyday use found that while petrol emissions had improved by 96%, emissions of NOx from diesels have not decreased for the past 15-20 years.

Remember those other variables I mentioned? Well it turns out that the soot or carbon that diesels emit may be second only to CO2 in climate-warming. And 70% of carbon emissions in Europe, North America and Latin America are from diesels.

Full disclosure: I’ve always hated diesels. I used to live atop London’s highest hill. A keen cyclist I would usually find myself gasping behind a diesel belching stinky soot straight down my sporty throat. As I type this probably a zillion particulates are embedded deep in my lungs, fizzing away and hastening the day I develop cell abnormalities.

Can hate be good? I don’t know. But schadenfreude at the fate of smug diesels can be bloody brilliant.

Off Their Trolleys – The Hobbesian Horror of the Supermarket Car Park